Please ensure Javascript is enabled for purposes of website accessibility
Log In Help Join The Motley Fool
Free Article Join Over 1 Million Premium Members And Get More In-Depth Stock Guidance and Research
By Bram Berkowitz - Jun 12, 2021 at 8:15AM

Investors love Citigroup's treasury and trade solutions unit and would like to see it become a bigger part of the bank.

While its new CEO, Jane Fraser, is attempting to turn the bank around, Citigroup (C -0.39%) is trading at a very cheap valuation compared to its peers and the broader industry. Not only does Citigroup need to address regulatory issues, but Fraser is also looking to refresh the bank's strategy, which has held it behind the other big U.S. banks for years.

A key part of that refresh will likely involve a heavier emphasis on Citigroup's treasury and trade solutions (TTS) division, which Fraser recently called the "crown jewel" of the bank and a big driver of valuation going forward. Let's take a look at how this division currently fits into the broader bank and whether it can help Citigroup deliver for shareholders.

What is the TTS division?

Of the four largest U.S. banks by assets, Citigroup is the most difficult to understand and analyze, in my opinion. Its business model is more global than those of JPMorgan Chase, Bank of America, or Wells Fargo, and it has the smallest lending operation of any of the four. But these two factors are likely why Citigroup has developed a world-class treasury and trade division.

The TTS division is part of Citigroup's larger institutional clients group, but it essentially helps businesses all over the world run their operations. TTS solutions help clients carry out import and export operations, manage liquidity, and process payments, using analytics to help them run more efficiently. The TTS group operates in 160 countries and 140 currencies, and processes roughly $3 trillion in daily transactions. 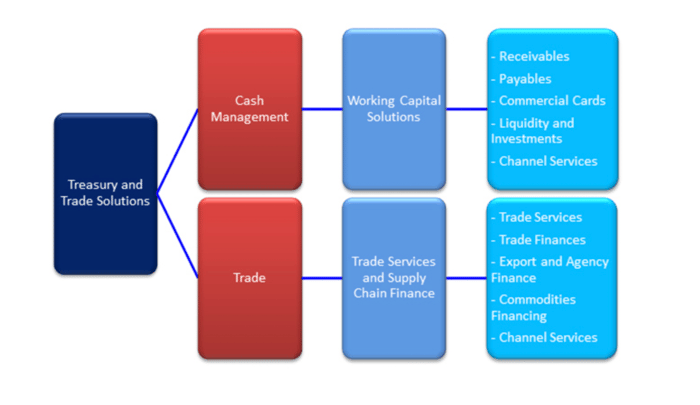 At a recent conference, Fraser said:

Having run Latin America, I saw companies can't operate without us multinationals on the ground. So, it really becomes this network we have in cash management in foreign exchange and trade and lending. ... Just given the dynamics in the world, and, you know, the competitive position that the business has, it's very hard to unseat this.

In 2020, TTS generated more than $9.5 billion of revenue for Citigroup. At the end of the first quarter of 2021, loan balances from the TTS group reached close to $71 billion, while deposits from the division totaled $649 billion.

To a certain extent, TTS has been a driver of valuation because it's a part of the bank that investors and analysts cite as a huge positive at Citigroup, along with the bank's investment banking and credit card operations. But the $9.5 billion in revenue Citigroup made from TTS only made up about 13% of total revenue in 2020, and it hasn't been enough in recent years to overcome issues with other parts of Citigroup's operations, such as parts of its global consumer bank. 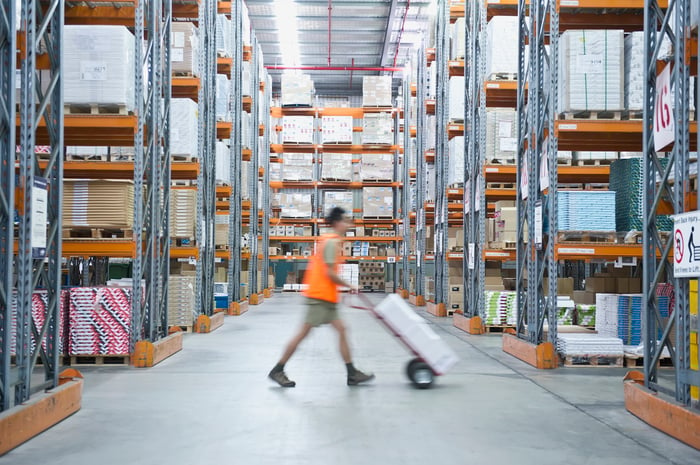 Citigroup recently just exited its consumer banking operations in 13 global markets that were inefficient, used too much capital, and ran into credit quality issues during the pandemic. Investors overall seemed pleased with the move, but there is still work to do in Citigroup's U.S. retail bank, which in general does not have nearly the same scale as the other large U.S. banks, like JPMorgan.

At the same conference where Fraser spoke, analyst John McDonald of Autonomous Research noted that investors have told him it would be great to see TTS become a bigger part of Citigroup's business. Unfortunately, since it only makes up a smaller portion of total revenue, TTS has had a difficult time overcoming some of the pitfalls from the global consumer bank. Additionally, Citigroup's profits from its credit card and other investment banking capabilities are still a larger piece of the pie, so TTS does not really drive the bank's valuation right now, although it contributes.

The good news is Fraser seemed to indicate that the bank recognizes this and will put more investment and effort going forward in order to create unmatched platforms and TTS capabilities in the future.

Can it drive valuation?

While TTS is clearly the "crown jewel" of Citigroup, it still needs to scale further if it's truly going to drive the bank's valuation. If Citigroup does invest more in the unit and make it a larger portion of total revenue, I am sure investors will reward Citigroup with a much more attractive valuation and stock price than it currently has. And with Citigroup refreshing its strategy and starting to exit businesses and geographies it either hasn't succeeded in or doesn't have the scale to compete in, it should be able to focus more on areas like TTS moving forward.