Please ensure Javascript is enabled for purposes of website accessibility
Log In Help Join The Motley Fool
Free Article Join Over 1 Million Premium Members And Get More In-Depth Stock Guidance and Research
By David Jagielski – Aug 18, 2021 at 10:00AM

Although these companies are coming off strong quarterly results, I still wouldn't invest in them.

The stock market continues to hit record levels. That's a great sign the bull market continues to remain strong. However, it's also a reminder for investors that valuations are extremely high. And while you may think a particular business looks solid, a high valuation could be enough of a reason to hold off buying a stock because it could limit your potential returns.

There are two stocks that I would put in the avoid bucket due to valuation concerns, and that's GoodRx Holdings (GDRX -0.45%) and Twitter (TWTR). Despite both companies coming off strong results, they don't make for attractive investment options today given their lofty valuations. 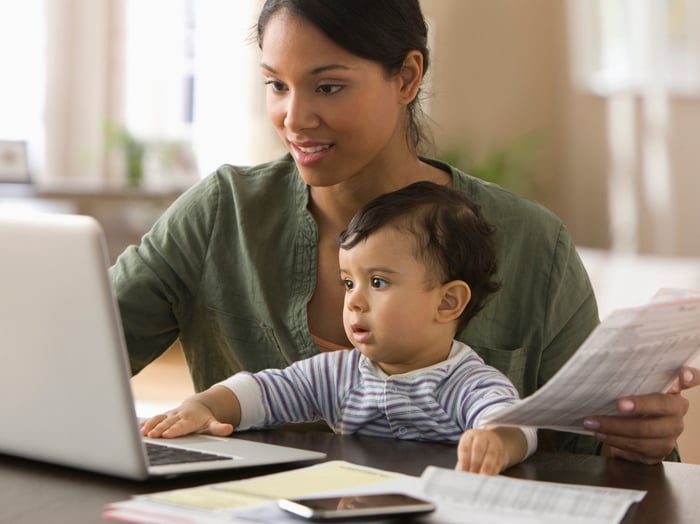 Shares of GoodRx jumped last week after the company released its second-quarter results. The company, which helps patients secure lower prices for their prescriptions, reported revenue of $176.6 million for the period ending June 30. That's a 43% improvement from the same quarter last year. Net income totaled $31.1 million, or 14% higher than a year ago. However, the company had an operating loss for the period and if not for a positive income tax benefit that boosted its numbers, the company's bottom line would have been in the red -- again.

GoodRx has incurred an operating loss in each of the past four quarters and it posted a net loss in two of those periods. GoodRx's business is growing at a great rate and the company expects sales to grow by 39% next quarter -- when it projects revenue to reach between $193 million and $197 million.

Investors may see the stock as an attractive option as the economy opens back up and patients resume normal visits to the doctor's office. GoodRx's business could be in a great position to get a boost from that trend. However, the problem for me is that the stock trades at 22 times its revenue. And even on a forward basis, that multiple only comes down to 18.

GoodRx could be vulnerable to a sell-off in any kind of correction given its high valuation. The average holding in the Health Care Select Sector SPDR Fund trades at just two times its revenue. Plus, I'd be hesitant to pay a big premium for a business that could end up going head-to-head with an online giant like Amazon, which has been creeping into the pharmacy business by offering low-priced pharmaceuticals of its own. GoodRx looks to be a great business, but unless you can buy the stock at a discount or near its low for the year, I would avoid it for now.

Twitter just wowed investors with an incredible quarterly performance. The company reported 74% year-over-year revenue growth, reaching $1.19 billion for the period ended June 30. Investors might have assumed Twitter's stock would do worse as people were no longer stuck at home due to the pandemic, yet it outperformed in spades. Its monetizable daily active users rose by 11% from a year ago, up to 206 million.

For the next quarter, the company anticipates its revenue will come in even higher, within $1.22 billion and $1.3 billion. However, despite all that growth, the social media giant forecasts that the best it will do is break even on operating income.

Investing in low-margin businesses can be risky because it doesn't take much for a company to slip into the red. Twitter's operating margin over the past 12 months has been less than 10%. And over the past four quarters, its profit margin been above 7% just once. Combine that with some potentially softer numbers if there is a drop in activity levels on its platform, and the company could have some underwhelming quarters ahead (at least, in relation to this past one.)

And Twitter is already an expensive stock amid such strong growth. Its forward price-to-earnings multiple of 66 is more than twice that of rival Facebook, which trades at just 29 times its future profits. And even when looking at sales, Twitter's forward multiple of 12 is also higher than the 10 times future revenue that investors are paying for Facebook.

Although Twitter's business is doing well right now, I'm not confident it will continue on this incredible trajectory. Add a sky-high valuation to the equation, and you could have a very risky growth stock in your portfolio.