The discount-medications specialist looks set to benefit from a return to the doctor's office for many customers.

On Thursday, GoodRx Holdings (GDRX -0.45%) was very good for any ailing stock portfolio. The discount-medications supplier saw its shares rise by nearly 15% following the release of its Q2 results.

GoodRx's revenue for the quarter came in at $176.6 million, a 43% year-over-year improvement that was on the back of 86% growth in the company's number of subscription plans. Of that total, nearly $145 million derived from prescription transactions, a core activity for the online discount pharmacy. The remainder was more or less divided between subscription revenue and "other" areas, including telehealth services. 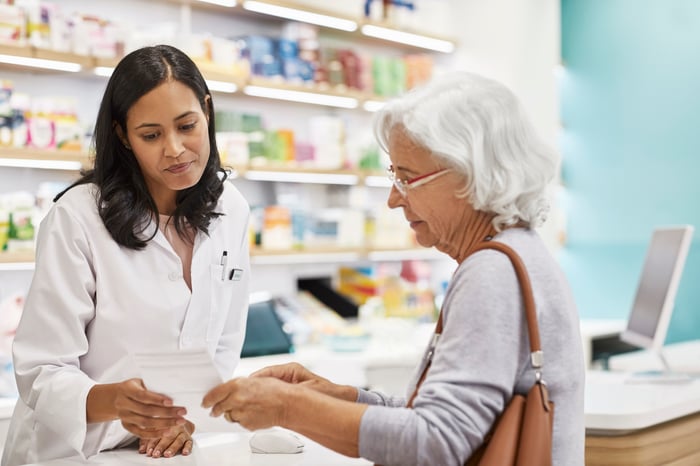 Interestingly, analysts tracking the stock had collectively estimated $174.7 million in revenue, so the company beat only modestly on the top line. As for profitability, that $0.08 per share essentially met prognosticator expectations.

GoodRx also proffered fresh revenue guidance for its current Q3. The company believes it will earn $193 million to $197 million in revenue. The average analyst estimate for the quarter lands almost squarely in the middle, at just under $192.2 million. Adjusted earnings before interest, taxes, depreciation, and amortization (EBITDA) should come in at around 30% of revenue. No bottom-line forecasts were provided.

This was hardly a blowout quarter for GoodRx, but investors might be cheered by management's observation that many people continue to delay doctor visits due to the resurgent coronavirus. So when and if this subsides, a return to the examination room could really improve GoodRx's performance.