Exciting developments are happening for these cryptocurrencies.

On Aug. 19, Polkadot-based DeFi hub Acala integrated MetaMask with its ecosystem. MetaMask allows users to access their Ethereum (ETH 1.37%) wallet through a browser or a mobile app and interact with decentralized applications on the Ethereum network. The software has over 7 million users, and its partnership with Polkadot will expand users' access to decentralized applications on the Polkadot network as well. Polkadot is an internet-of-blockchain platform that facilitates the transfer of assets and data between different networks. 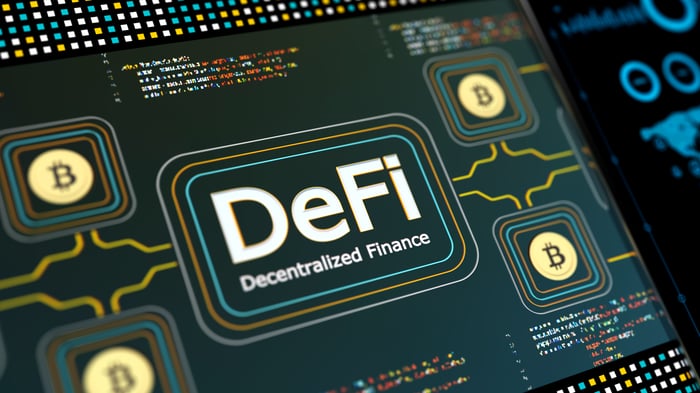 The day before that, Chainlink price feeds went live on the Fantom Opera mainnet. Fantom is a scalable platform hosting DeFi apps and enterprise software. Over $380 million worth of cryptocurrency has been staked on Fantom. With this new integration, developers will be able to access real-time price data on cryptocurrencies to perform tasks such as settling futures and options contracts. Chainlink is an oracle token that allows for integrating real-world API into the execution of smart contracts.

Two days later, Polygon announced it would be building a decentralized autonomous organization for the DeFi sector. It seeks to attract 100 million users with this venture of aiding collaboration between blockchain-based systems. Like Polkadot, Polygon is an IoB platform.

The sky is the limit for these high-flying cryptocurrencies. For starters, Vitalik Buterin, the founder of Ethereum, has stated that the Ethereum network needs oracle tokens like Chainlink.

Meanwhile, the developers behind Polygon acquired fellow Ethereum-scaling solution Hermez Network for $250 million last week. This was the first-ever merger and acquisition activity in the cryptocurrency space.

As for Polkadot, Swiss asset management firm 21Shares launched the first cryptocurrency-based exchange-traded products on the SIX Swiss Stock Exchange earlier this year. They have attracted significant interest from financial institutions such as Goldman Sachs. Overall, there is much more to these cryptocurrencies than simply the utility of making money transfers, as with Bitcoin (BTC 0.79%). Consider opening a small stake in them as part of a greater cryptocurrency bull run.

How One Crypto Is Avoiding SEC Regulation

Here's My Top Cryptocurrency to Buy in August

Polkadot Bucks Trend, Surging Higher This Morning on These Catalysts
376%