Please ensure Javascript is enabled for purposes of website accessibility
Log In Help Join The Motley Fool
Free Article Join Over 1 Million Premium Members And Get More In-Depth Stock Guidance and Research
By Zhiyuan Sun – Aug 6, 2021 at 7:07AM

This is a token that has the best of both worlds -- possessing both solid meme and fundamental value.

Chainlink (LINK -8.64%) has been an amazing token during the cryptocurrency mania. Had you invested just $1,000 in its initial coin offering in Sept. 2017, your investment would be worth $178,183 today. But it would have been worth $473,545 in May before the great crypto sell-off began. The token even has its own dedicated community, which calls itself the "Link Marines" and is undeterred about the token's potential despite suffering heavy casualties during the bear market.

As it turns out, there is a lot to be excited about with this innovative token. Let's look at if crypto investors could benefit by signing up to join the Link Marine Corps. 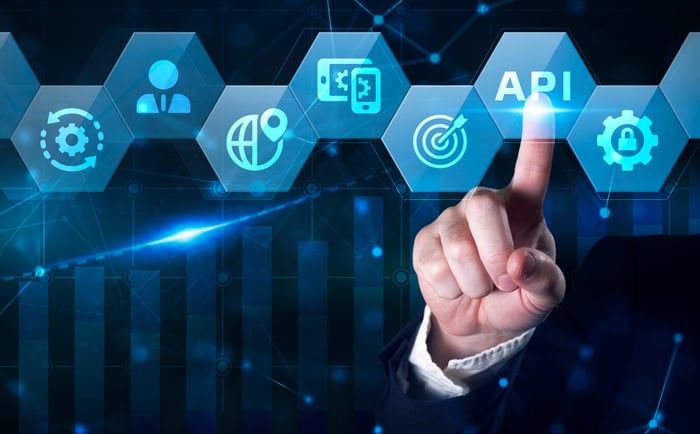 The idea behind Chainlink

When Vitalik Buterin first created Ethereum, it became a revolutionary way to transfer money seamlessly with smart contracts -- that is, code that can automatically execute an agreement between parties. However, Ethereum cannot integrate real-world data into such an agreement. Chainlink fills this gap by creating an oracle network incorporating market data, bank payments, retail payments, web APIs, backend systems, and other blockchain cryptocurrencies The setup connecting real-world APIs into smart contracts is known as an oracle network.

Its network secures billions of dollars in value for smart contracts across the decentralized finance (DeFi) network. The token is popular for cryptocurrency derivatives, contracts relating to lending and borrowing, stable coins (that is, coins requiring underlying collateral backing the asset), and cryptocurrency asset management. It is the first and most popular DeFi token and oracle network of its kind.

How do the fundamentals look?

Chainlink currently has a fully diluted market cap of $24.2 billion, with 441.5 million tokens mined out of a total of 1 billion. Moreover, each transaction is lightning fast -- taking 20 confirmations over five minutes.

However, since the token is mostly used for processing large-capital movements on DeFI networks, evaluating its ability for everyday consumer transactions isn't really applicable yet. By the way, Binance is currently part of the Chainlink ecosystem -- using the oracle token on its Smart Chain and saving developers the time they'd otherwise spend building their own.

Unlike Bitcoin, Chainlink uses a proof of stake (PoS) protocol, which means there are no advanced cryptic puzzles miners need to solve to process network transactions -- significantly reducing Chainlink's environmental footprint. The downside is that people mine or validate block transactions based on how many tokens they own. In fact, 125 wallets control as much as 80% of Chainlink -- making the token extremely susceptible to price manipulation (mainly to the upside).

The best part about Chainlink is that it has utility outside the cryptocurrency realm as well. Right now, Alphabet (GOOGL -1.02%) is using Chainlink to develop hybrid blockchain applications on Google Cloud. Overall, due to its limited supply, high utility, solid potential, and widespread adoption among the DeFi community, Chainlink is a token investors can count on.

In the future, I see programmable money forming the basis of consumer transactions. And since Ethereum currently does not have the ability to process smart contracts in the real world, Chainlink would undoubtedly play a pivotal role by "linking" such transactions to real-world data for settlement, causing its price to go up. If there's one cryptocurrency to buy on the dip in the bear market, it'd be Chainlink.

On Another Low-Volatility Day, Here's Why ChainLink Is Surging 6% Higher

Why Chainlink Was Shooting Higher on Sunday

Former Google CEO Thinks This 1 Crypto Could Hit It Big

Why ChainLink, Polkadot, and XRP Are Getting Eaten by the Bears Today

Robinhood Just Added This Cryptocurrency. Is it a Buy?
356%