Facebook has a metaverse, and you can work in it.

For a company with its fingers in as many pies as Facebook's are, it's hard to pinpoint one single reason for the move. Possibly, however, investors are reacting to a feature article in London's The Telegraph yesterday, in which the paper describes Facebook's latest project:

Horizons Workrooms, an "online space for virtual reality meetings that has been developed by a group at the company's London offices" is the product of a "billions of dollars a year" multi-year investment by Facebook to create a "metaverse" in which people can interact outside of the real world.

As The Telegraph relates, Facebook users possessing Oculus virtual reality (VR) glasses can use Horizons to meet together virtually in cyberspace, with each participant being represented by a VR cartoon avatar. 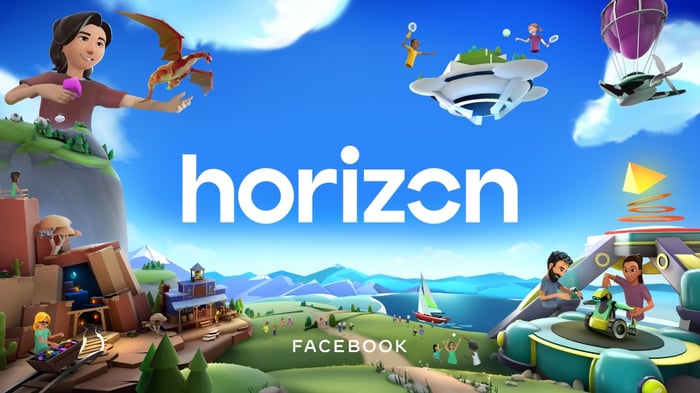 And this may only be the beginning. According to Facebook CEO Mark Zuckerberg, Horizons may well be the first step toward Facebook's transformation from a mere "social media" company like Twitter or Snap, into a "metaverse company" of its own making.

Granted, Facebook isn't the only company trying to build a metaverse. Epic Games' Fortnite, Roblox, and Microsoft's Minecraft have similar aspirations. But if money is any object, well, Facebook has more money than any of these smaller rivals with which to pay to make its metaverse dreams a reality.

If you ask me, this may be why $1 trillion-Facebook is worth a bit more than $1 trillion today.