There are multiple ways to have your money grow powerfully for you, building a financially secure future.

I used to just save my money, until I realized I could grow it -- and grow it powerfully, thanks to the magic of compounding. When your money is compounding in the stock market, it grows by increasing amounts over time, over the long run. So your $10,000 investment might grow by, say, $1,000 in your first year, but years or decades later, it can be growing by $100,000 per year -- especially if you've been adding to your investments over time, too.

If you're ready to have your dollars grow for you in a rather magical way, here are three ways you might go about doing so. 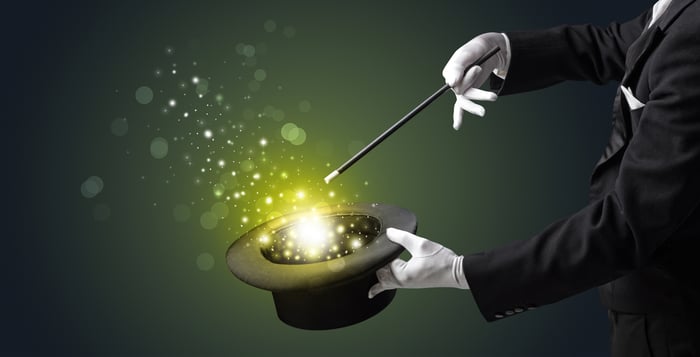 Dividend-paying stocks are extra magical because they pack a one-two punch: As long as a dividend-paying company is healthy and executing its strategies well, its stock's value is likely to increase over time. Better still, the dividend it pays out regularly will also likely increase. The best dividend payers up their payouts fairly regularly -- often annually.

Here are a few familiar names -- with their recent dividend yields and their dividend growth rates:

If you don't want to go to the trouble of finding the best dividend-paying stocks for your portfolio, there's no shame in simply opting for one or more dividend-focused index funds, which will immediately spread your dollars across a big bunch of dividend payers. 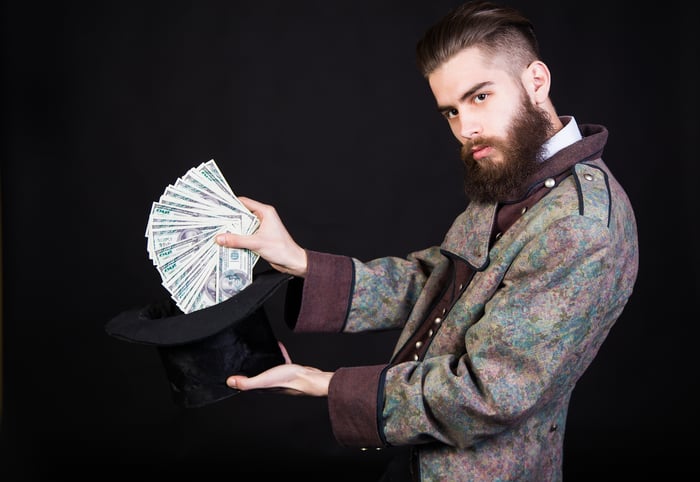 Growth stocks are also magical in how powerfully they can grow your wealth. They're stocks of companies that have seen their sales grow at a rapid clip, and lately, their share prices have been matching that growth with big gains. Check out the following examples:

To appreciate just how fat those growth rates are, note that the S&P 500 index of 500 leading American companies averaged 14.85% annually during that period. And even that is well above the long-term average return of the market of roughly 10% annually.

If you're thinking there must be a catch, you're right -- there is. It's easier said than done to identify today the companies that will have grown phenomenally 20 years from now. Plenty of very promising companies end up doing far worse than expected. So what should you do?

Well, one good strategy is to invest in a bunch of them, so that the winners have a good chance of far outstripping the losers. Perhaps divide your money among at least 25 promising companies that you've studied and have confidence in. Then aim to hang on to them for at least five years -- because you don't want to bail out as soon as one falters. All great stocks have not gone up in a straight line.

Another solid option for building long-term wealth in the stock market, fairly magically, is the easiest strategy of all -- just park many, most, or all of your long-term dollars in a low-fee broad-market index fund. Even Warren Buffett has recommended index funds for most investors who don't have the time, skill, or interest to study stocks and follow them closely over many years.

It's not even much of a compromise, investing in index funds -- because they tend to outperform the vast majority of their actively managed mutual fund counterparts. In other words, all those highly paid Wall Street professionals have a hard time beating the overall market. Index funds are a terrific investment.

However you do it, consider starting to invest in stocks soon -- because most of us need to be amassing a hefty sum to live off in retirement. You might keep a big chunk of money in dividend-paying stocks, invest in a big bunch of growth stocks, simply stick with plain vanilla index funds -- or act on all three strategies.