Looking for big winners? The search for great stocks doesn't have to be complicated.

Finding overlooked stocks that are due for a fresh moment in the sun can lead to incredible returns. However, it's also true that established winners tend to keep winning, and sometimes the best companies to invest in are those that are already well known and consistently putting up strong performance.

With that in mind, a panel of Motley Fool contributors has identified three no-brainer stocks that can help you crush the market. Here's why they think that these industry leaders will make shareholders richer through the next decade and beyond. 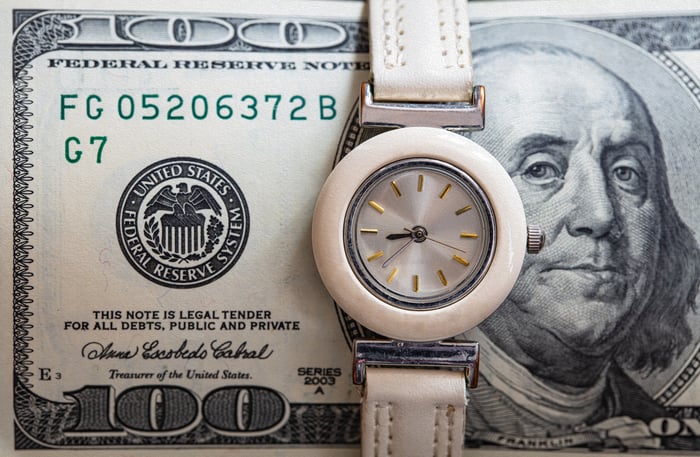 What's next for this world-shaping winner?

Keith Noonan: Amazon (AMZN -0.77%) stock wasn't exactly a secret 10 years ago; the company had already established itself as the market leader in the fast-growing e-commerce industry. Some skeptics questioned whether it could ever live up to its growth-dependent valuation. But it's no secret that the tech giant has repeatedly crushed expectations over the last decade and proved the doubters wrong again and again.

Amazon's stock price has surged roughly 1,550% across that stretch, which means that a $1,000 investment in the company 10 years ago would be worth roughly $16,500 based on today's prices. How did the company manage such an incredible winning streak? Put simply, it executed at a very high level, and leveraged the strong foundations of its core online retail business to pursue innovation initiatives that proved enormously successful.

The company made a bold push into the cloud infrastructure services space, spearheading the evolution of an emerging industry that helped shape the modern internet. And of course, its e-commerce business also continued to put up stellar results. Amazon is now posting significant profits, even as it continues to invest heavily in the infrastructure and innovation initiatives that will drive future growth; it's fair to say that the company has never looked stronger.

In addition to commanding positions at the forefront of e-commerce and cloud services, Amazon has established itself as a rising power in the fast-growing digital advertising industry. The company has also secured early leadership positions in emerging tech fields including artificial intelligence, voice-based operating systems, and robotics.

Through it all, the tech giant arguably stands as the most influential company of the last decade. If I had to guess which companies will play the biggest roles in shaping the next 10 years, Amazon would still have a spot at the top of the list, and the stock continues to offer a great risk-reward dynamic for investors.

Jamal Carnette: MercadoLibre (MELI -1.13%) is often referred to as the "Amazon of Latin America," but even that description fails to capture the company's true opportunity. Shares are up more than 60% in the last year, but the long-term story is just getting started.

It's true the company is well positioned to take advantage of the multidecade disruptive shift from brick-and-mortar retail to e-commerce in Latin America. Think about it: In the developed U.S., e-commerce is still less than 14% of total retail sales, so developing Latin American economies have a long runway for growth.

The company is firing on all cylinders, crushing expectations in the second quarter. The company posted revenue of $1.7 billion, 103% higher on a constant currency basis than in the year-ago period, and 15% higher than analyst estimates. On the bottom line, it crushed expectations by 637% by posting earnings per share of $1.37.

However, it's the other business that investors are truly excited about. MercadoLibre is also looking to disrupt traditional banking with its Mercado Pago payment service. In a region with a significant number of unbanked and underbanked citizens, Mercado Pago fintech has stepped in to fill the void.

MercadoLibre designed the service to facilitate e-commerce transactions on its platform, but it became so popular that it migrated off-platform for usage at retail stores and in money transfers. Now Mercado Pago operates like American fintech companies PayPal Holdings and Square. Its strong growth continues: In the second quarter, total payment volume (TPV) rose 72% on a constant currency basis, but off-platform usage nearly doubled over the prior year.

Mercado Pago contributes to the flywheel effect, leading to increased e-commerce sales and new banking products and services like Mercado Fondo asset management and Mercado Crédito, which in turn continue to boost the company's value to users. If you're looking for a company with a decade-long runway for growth, MercadoLibre could be like buying both Amazon and PayPal a decade ago.

Jason Hall: Much has been made of Etsy's (ETSY 0.27%) slowing growth rate last quarter. Management's guidance for revenue and gross merchandise sales (total value of all goods sold on its platform) to increase at low-teens rates in the third quarter also underwhelmed the market.

This has resulted in Etsy's stock being rather volatile this year and left investors trying to figure out if it's still a great growth stock, or if the best money has already been made: 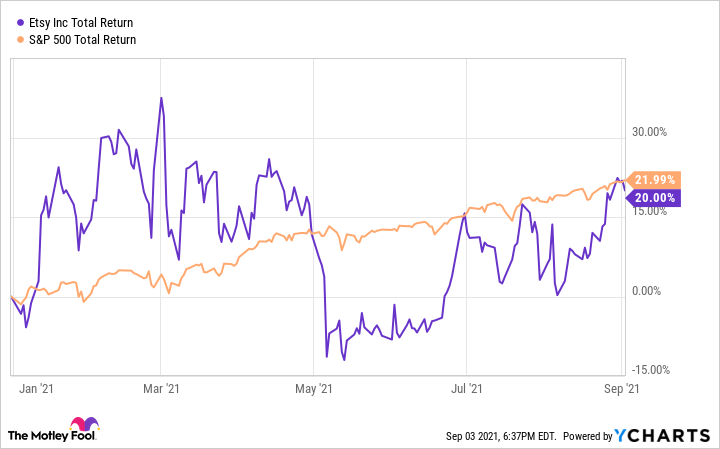 To me, it's pretty obvious: Etsy is built to keep winning. First off, last year's second quarter was an incredible period for the business, with gross merchandise sales (GMS) growth of roughly 146% driving revenue up 87% year over year. So within that context, the 13% GMS growth and 23% revenue growth that the company posted in this year's quarter still represented very solid results.

That second number -- Etsy revenue -- actually tells an even more compelling story. Etsy's importance to its sellers (the number of which increased roughly 67% over the past year) is growing, and that's helping to drive the company's take rate higher. That's why Etsy's revenue was up 23% while GMS growth was 13%.

The expansion of the Etsy platform has been a key factor in the growing take rate and should help the company continue to improve on that front. Through acquisitions, the company has added new services including Reverb, its secondhand musical instrument business; Elo7, called "the Etsy of Brazil"; and Depop, its foray into secondhand fashion -- a massive business that could become a game-changer for the company.

Put it all together, and Etsy's growth story is far from over. The underlying economics of its business continue to improve, driving higher returns and cash flows. As great as Etsy's been for investors since going public, the next decade could be even better.

John Mackey, CEO of Whole Foods Market, an Amazon subsidiary, is a member of The Motley Fool's board of directors. Keith Noonan has no position in any of the stocks mentioned.