Please ensure Javascript is enabled for purposes of website accessibility
Log In Help Join The Motley Fool
Free Article Join Over 1 Million Premium Members And Get More In-Depth Stock Guidance and Research
By Bram Berkowitz – Sep 11, 2021 at 8:03AM

It has been on a bit of a roller coaster over the last year, but now it seems to be settling into a good place.

The company has since been able to resume its normal $0.40 quarterly dividend, and in the current quarter recently paid out dividends of $1.20 to common shareholders -- although this will likely be a one-time event. Let's take a look at why Capital One's dividend tripled this quarter and how it is likely to trend moving forward.

In 2020, the Federal Reserve significantly limited capital distributions, including dividends and share repurchases, in order to ensure that banks were well capitalized during the uncertainty that unfolded. Although the rules changed throughout the year, the main rule limited bank dividends and share repurchases (when they weren't banned) to the bank's four-quarter trailing average net income. Because Capital One had two straight quarters of losses in the first half of the year, the company was forced to cut its dividend. 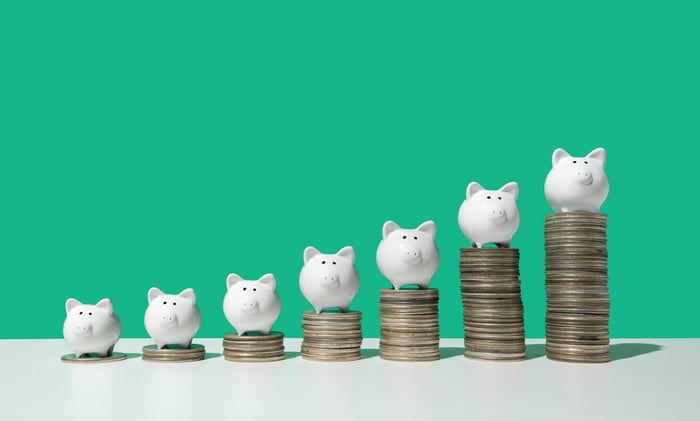 In the first quarter of this year, Capital One restored its dividend, and once the Fed ended its restrictions on capital distributions for good on June 30, the company sought to return the dividends that investors had missed out on in 2020. On the bank's most recent earnings call, management announced that it would pay a special dividend of $0.60 to make up for the two quarters the company only paid a $0.10 dividend and not its normal $0.40.

Capital One also announced that it would increase its normal $0.40 quarterly dividend, which has been in place since 2015,to $0.60. Together, that made for a dividend this quarter of $1.20, which was up triple from the normal $0.40 dividend.

I expect $0.60 will be the new quarterly dividend moving forward. Despite the volatility, this increase was really needed when you look at everything that has happened to Capital One. The stock price has hit new highs, and with the $0.40 quarterly dividend, Capital One still trailed its peers in terms of yield. 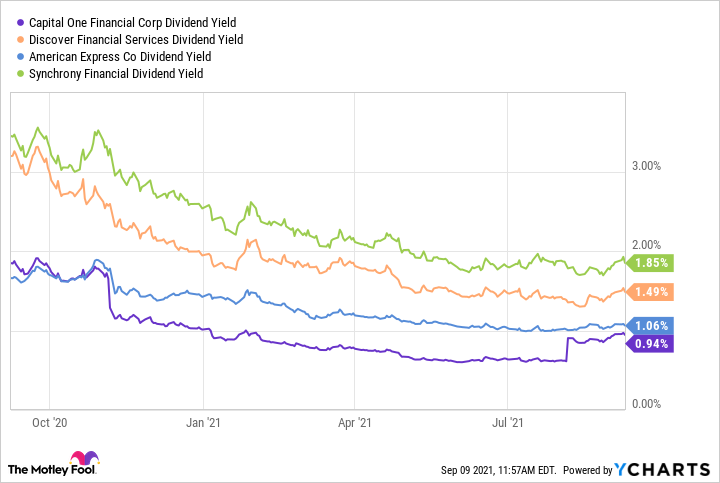 With a $0.60 quarterly dividend, that gives the company a yield of 1.5% at Friday's closing share price of $155.56. Capital One also had plenty of capital to use after a very successful round of stress testing this year with the Fed.

There were a lot of moving parts in Capital One's dividend this quarter, but as I mentioned, the $1.20 payout will be temporary, as it included the special dividend of $0.60. Still, it was great to see this because it showed investors that Capital One wouldn't have had to cut its dividend at all in 2020 had it not been for the Fed's restrictions.

The bank has plenty of capital on hand right now, so I expect that its $0.60 quarterly dividend is sustainable moving forward. It's also a much better yield for those who focus on passive income.