Please ensure Javascript is enabled for purposes of website accessibility
Log In Help Join The Motley Fool
Free Article Join Over 1 Million Premium Members And Get More In-Depth Stock Guidance and Research
By Keith Speights – Sep 12, 2021 at 5:55AM

They all have solid dividends plus attractive growth prospects.

What's the easiest way to increase your investment returns? Stretch out how long you hold onto your stocks. That's especially the case with dividend stocks. Reinvesting dividends over a long period of time can significantly boost your total returns.

If you intend to hold for a long time, though, it means that you'll want to be more selective about the stocks you buy in the first place. Here are three dividend stocks you can buy and hold forever. 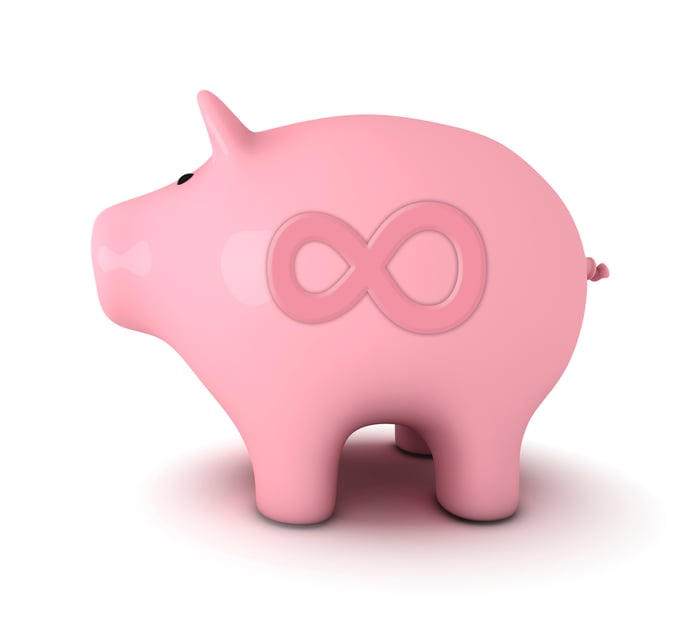 Abbott Laboratories (ABT 0.89%) is a Dividend Aristocrat with 49 consecutive years of dividend increases. The company ranks among Fortune's Top 50 Most Admired Companies. It's held the No. 1 spot in its industry for the last eight years.

Those are certainly impressive accolades. However, it's even more important that Abbott commands the market-leading position in all of its businesses. Cardiovascular care, diabetes care, diagnostics, nutrition -- you name it, and Abbott sits at the top.

The company's FreeStyle Libre continuous glucose monitoring device and MitraClip mitral valve continue to serve as key growth drivers. Its COVID-19 testing sales could decline but should remain an important revenue source even after the pandemic ends. Abbott's commitment to innovation will likely translate to new products and new markets over the next decade and beyond.

Brookfield Renewable (BEP 0.31%) (BEPC 0.50%) can't claim the track record of dividend hikes that Abbott can. However, the company has increased its dividend distribution by a compound annual growth rate of 6% over the last two decades. And most investors will probably like its yield of close to 3%.

There's one thing that Brookfield Renewable has in common with Abbott, though. Its growth prospects are even more attractive than its dividend.

Nearly 130 governments have established net-zero carbon emission targets. Close to 3,100 businesses have committed to slashing their carbon emissions by 50% by 2030. This presents a huge opportunity for Brookfield Renewable, which stands out as one of the world's leading renewable energy providers.

Brookfield Renewable expects to generate total returns of between 12% and 15% over the long term. With the expanding demand for renewable energy and its massive development pipeline poised to provide significantly more capacity, the company should be in a strong position to achieve that goal.

Few companies can boast as impressive a pedigree as Johnson & Johnson (JNJ 0.13%). It's a Dividend King with 59 consecutive years of dividend increases. J&J ranks No. 1 among pharmaceutical companies on Fortune's Most Admired Companies list. It's the largest healthcare company in the world.

Johnson & Johnson is about as steady as they come. Roughly 70% of its sales come from products that are either No. 1 or No. 2 in their respective markets. The company has 28 products or platforms that generate annual sales of more than $1 billion.

It's also a surprisingly nimble giant. The company has delivered an annualized total return of 13.1% over the last 10 years. Around one-fourth of its total revenue stems from products that have been launched in the past five years.

J&J should be able to generate solid long-term earnings growth. Add to that the company's attractive dividend, which currently yields close to 2.8%. This blue-chip dividend stock is one that you'll probably never regret buying.