Most investors can identify with the opening lyrics to Frank Sinatra's (and Elvis Presley's) hit song "My Way," where he says, "Regrets, I've had a few." Many, if not all, of us have bought stocks that we later wished we hadn't.

There are some investments, though, that are highly unlikely to lead to buyer's remorse later. Here are three dividend stocks that you'll probably never regret buying. 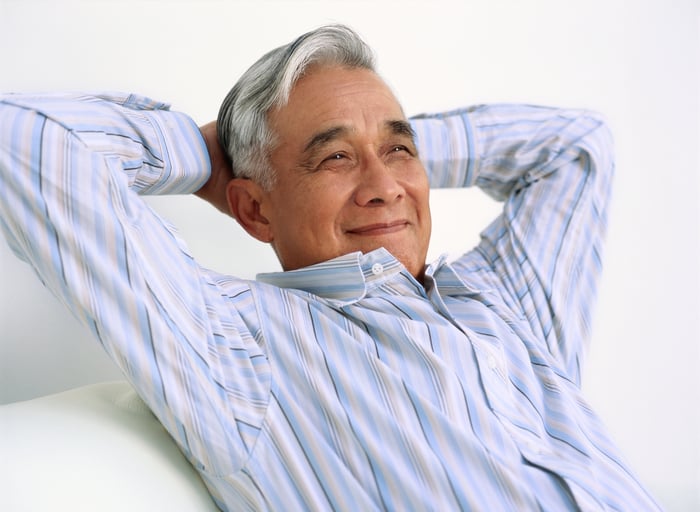 Johnson & Johnson (JNJ 0.08%) ranks as a Dividend King, an elite group of S&P 500 members that have increased their dividends for at least 50 consecutive years. The healthcare-giant's streak of dividend hikes stands at 59 years. Only nine other stocks have longer records of dividend increases.

Few companies offer the stability that Johnson & Johnson does. The company has survived and thrived for 135 years. It generates tremendous cash flow from a diversified group of businesses that span across the healthcare sector. Probably the only way that J&J's current dividend yield of 2.45% will fall is if its stock appreciates at a faster rate than its dividend grows.

Johnson & Johnson's other business segments could also fuel the company's growth. In particular, its medical-device unit has significant opportunities in robotic surgical systems.

I can think of several trends that are practically unstoppable. One of them is the increased adoption of renewable energy. Costs of renewable energy sources, especially wind and solar, continue to fall. Meanwhile, countries and major corporations are scrambling to reduce carbon emissions.

Brookfield Renewable (BEP 1.08%) (BEPC 0.80%) CEO Connor Teskey summarized his company's position quite well in its Q2 conference call: "As one of the few businesses with the scale, track record and global capabilities to both partner with governments and businesses and also invest to help them achieve their decarbonization goals, we believe we have a great runway ahead of us." I agree with that assessment.

What about the dividend? Since 2000, Brookfield Renewable has increased its distribution by a compound annual growth rate of around 6%. Its dividend yield now stands at a little under 3%, but the company expects to increase the distribution by 5% to 9% per year.

Innovative Industrial Properties (IIPR -1.09%) is my favorite dividend stock of all to buy right now. I'll admit that its dividend yield of 2.3% doesn't seem overly impressive at first glance. However, IIP has increased its dividend payout by four times over the last three years. That is impressive.

You might wonder if IIP's dividend is risky because of the nature of its business. The company provides real estate capital to medical-cannabis operators. My view is that the dividend is actually quite safe.

Thirty-six states and counting have legalized medical cannabis. They're not about to turn their backs on an increasingly important source of revenue. IIP does a great job evaluating the risks of the medical-cannabis operators that it signs on as tenants. And as a real estate investment trust (REIT), the company must distribute at least 90% of its taxable income to shareholders in the form of dividends.

As much as I like its dividend, though, it's not the main reason why IIP ranks so high on my list. I think this stock has tremendous growth prospects. The company currently owns and leases properties in only half of the states where it could operate.

If federal cannabis reform is enacted, the cannabis market could expand even more. I don't think investors will include buying IIP as one of their regrets 10 years from now.