A bounce was natural, but these companies could have lasting gains ahead.

After big sell-offs, it's typical for stocks to rebound. That's what we saw Wednesday morning as investors seemed more comfortable taking a more optimistic stance about the longer-term prospects for the economy and the market. Nevertheless, the gains weren't all that large compared to the size of Tuesday's declines. As of 11:30 a.m. EDT, the Dow Jones Industrial Average (^DJI -0.56%) was up 195 points to 34,495. The S&P 500 (^GSPC -0.09%) moved higher by 24 points to 4,376, and the Nasdaq Composite (^IXIC) regained 53 points to 14,599.

Helping to pave the way higher were a couple of stocks that have been under pressure lately. Dollar Tree (DLTR -0.38%) announced a big strategic shift that could have huge implications for its business going forward. Meanwhile, Boeing (BA -1.73%) appears to be taking steps to shore itself up even in the face of ongoing challenges for its airline customers. 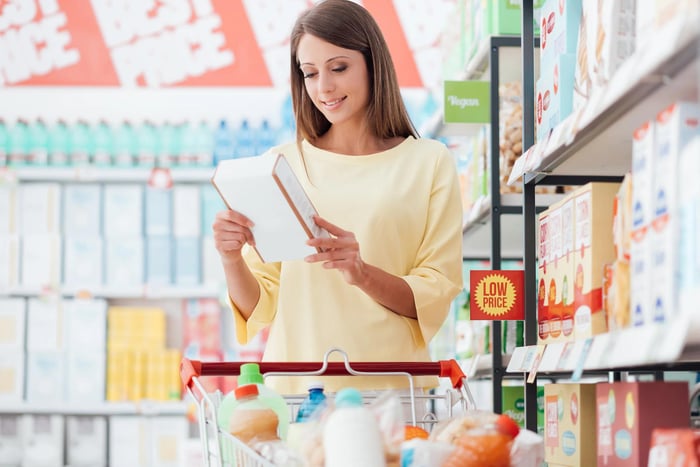 Shares of Dollar Tree jumped more than 16% on Wednesday. The discount retailer is looking to go beyond its name, adding new price points that could dramatically expand its addressable market.

Dollar Tree has been testing new ideas, including its Combo and Dollar Tree Plus store formats, in an effort to figure out how best to respond to changing consumer behavior. After seeing positive customer  reactions from its efforts, Dollar Tree has now decided to make more merchandise available at prices greater than $1 in a select set of its original Dollar Tree-branded locations.

Dollar Tree Plus is slated to have $1, $3, and $5 products, with the goal of having 500 locations by year end and 2,000 stores by the end of fiscal 2022. In the long run, the company expects 5,000 Plus store locations by 2024. Meanwhile, the Combo store concept takes the lessons of Plus and applies them by offering multiprice product assortments to traditional Dollar Tree customers. Either way, adding higher price points makes it possible for the company to pass through higher costs while still offering good value to consumers.

At the same time, Dollar Tree signaled that it believes its own stock is a discount value as well. It added more than $1 billion to its existing stock buyback program, boosting the total authorization to $2.5 billion. That could provide some upward support for Dollar Tree stock that will be especially welcome after the decline in the share price over the past several months.

Elsewhere, shares of Boeing were up nearly 5%. The aerospace manufacturing giant got some good news from China and received favorable comments from stock analysts.

Boeing announced that its latest 737 MAX test flight in China went well. The flight happened last month, but Boeing's comments came amid hopes that the aircraft could finally get off the ground in the world's most populous nation. Even though the 737 MAX has resumed flying in the U.S. and elsewhere, China has thus far failed to follow suit, extending its grounding beyond the two-year mark.

Boeing also earned an upgrade from Bernstein, which boosted its rating from market perform to outperform and increased its price target by $27 to $279 per share. Bernstein believes that global travel activity is finally set to rebound sharply, and rising commercial airline traffic should help not only the airlines themselves but also manufacturers like Boeing.

Even so, Boeing still faces internal challenges. With orders starting to come in again, Boeing must get its deliveries back on track to restore confidence among its customers. Otherwise, the company faces a highly uncertain future despite its status as one of two giants in the duopolistic industry.

Why Did Dollar Tree Stock Drop 18% in August?

The Surprise Winner in the Nasdaq Today