Amazon (AMZN -1.44%) announced on Oct. 4 that it is starting Black-Friday deals earlier than ever. The move could be the e-commerce giant's strategy to alleviate supply chain concerns heading into the holiday season. 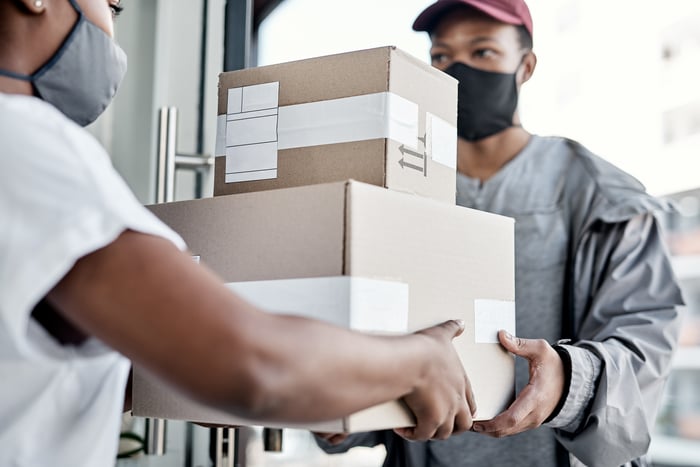 The Black-Friday shopping event is typically on the day after the Thanksgiving holiday. Retailers are trying to capitalize on a population that's mostly home from work offer discounts and deals that are sometimes the best of the year. The time also coincides with the Christmas holiday, where folks buy gifts for family members, friends, and colleagues.

By starting Black-Friday deals now, Amazon is well ahead of the usual timing of the promotion. "We're excited to help customers get great holiday deals even earlier this year, including thousands of small business products," said Dave Clark, CEO of worldwide consumer at Amazon.

It will be interesting to observe if other major retailers like Walmart and Target follow suit and announce early deals. A benefit of starting the deals early is that Amazon can capture consumer holiday budgets before competitors get a chance at making the sale. For instance, if a consumer had a holiday spending budget of $1,000 and Amazon offers pricing and promotions that get that shopper to spend $1,000, then Target or Walmart will lose out on the opportunity to sell to that customer.

Moreover, fulfillment expenses are likely to be lower for orders made before the Thanksgiving holiday than between Thanksgiving and Christmas. The metric is a crucial component in Amazon's cost structure. Fulfillment expenses reached $17.6 billion for Amazon in its most recent quarter, 27.5% higher than the previous year. The expense was 15.5% of revenue.

The best Black-Friday deal of all

Amazon has invested heavily in its capacity to fulfill orders, hiring 458,000 employees in the last year. The company has paid for many compensation benefits to attract those employees, including offering to pay full college tuition, sign-up bonuses, wage increases, and more. Amazon has put the customer experience above short-term profits, a decision that can be a competitive advantage during the holiday season. Other retailers may have difficulty fulfilling the increase in orders. As a result, Amazon could gain customers who are disappointed with experiences at other retailers.

It remains to be seen how this all plays out, but Amazon is positioning itself to win the holiday season from consumers' viewpoint. The stock is flat year to date, as investors worry about reopening economies and rising costs at Amazon. However, the stock is trading at a price-to-earnings ratio of 55, near the lowest level in the last decade. Arguably the most outstanding Black-Friday deal Amazon is offering is on its stock.