eBay's user-friendly selling process could help it attract consumers in need of cash.

As the coronavirus brought parts of the economy to a standstill, legislators in the U.S. enacted trillions of dollars in fiscal stimulus. The idea was that the pandemic would hurt many people's businesses and millions would lose jobs, so government assistance was necessary to prevent the economy from going into a tailspin. The efforts were a lifeline to folks who lost their jobs -- and to those who were fortunate enough to keep their jobs, it helped increase savings accounts and pay for a few luxuries.

But now as the economy reopens, much of that fiscal stimulus is not getting extended. Early in September, enhanced unemployment benefits of as much as $300 per week came to an end. And the effects of the last stimulus checks, which were sent months ago, are fading away. What's left is a consumer who will be less flush with cash and make more budget-conscious purchase decisions. 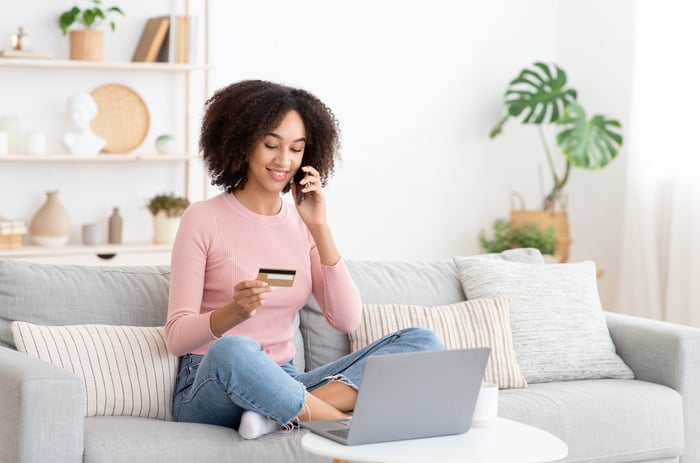 eBay has an easier selling process

While eBay and Amazon allow outside individuals and businesses to list products on their platforms for sale, eBay makes the process easier for small-time sellers. For instance, someone who wants to sell a couple of used shoes in good condition every once in a while will not open an Amazon seller's account. The process is too onerous to make it worth the time.

The same person can have the item listed for sale on eBay within a few minutes and clicks. Therein lies a major benefit for eBay as consumers' pockets get skinnier with fewer stimulus dollars. Folks looking to raise some cash could look to eBay to sell goods they no longer want or need.

On the flip side, folks feeling less wealthy as economic stimulus fades could increasingly look to lower-cost, used versions of the items they want. Instead of buying the newest iPhone from Apple, they may look for a used, older model on eBay. Instead of buying a new version of the Sony PlayStation 5, they might look to eBay for the previous model. In any case, these trade-off decisions where consumers choose the lower-cost option are not as frequent when bank accounts are flush.

Unfortunately, Amazon does not have an offsetting balance to declining consumer incomes. Folks with less money are likely to order less frequently from Amazon and/or decrease order sizes. The latter could have the effect of further lowering the already-low operating profit margin for the e-commerce retailer.

Unlike eBay, which allows buyers and sellers to determine shipping and handling, Amazon manages fulfillment for its buyers and sellers. That means if people are spending less per order, fulfillment expenses could deleverage. As you can imagine, it might cost Amazon more to ship you a bottle of shampoo by itself than the value of the shampoo -- depending on the brand, of course. Indeed, fulfillment expenses totaled 30% of revenue for Amazon in its most recent quarter. 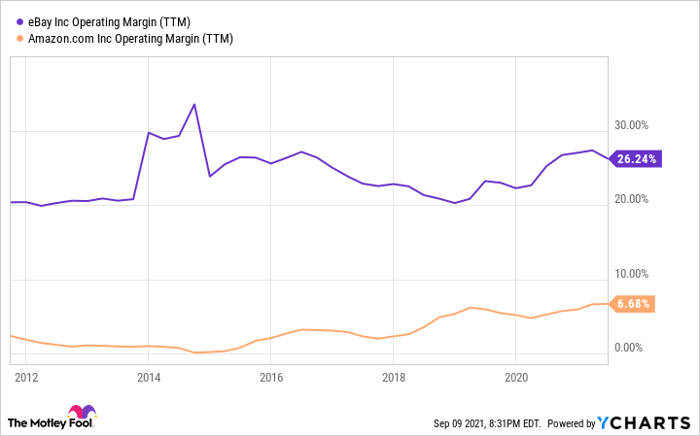 Already, Amazon operates at much lower margins than eBay (see chart), and decreasing consumer income is likely to make it worse. Overall, the fading of fiscal stimulus is likely to hurt both firms, but Amazon could take a bigger hit.