Since 1928, October has been one of the ugliest months for stock market returns. Although the S&P 500 index has been up 0.4% on average, when the return is negative it is tied as the worst month to be invested, falling an average of 4.7%.

This year could be different as COVID-19 cases, hospitalizations, and deaths are on the decline in October. That could open the door to robust spending in the months ahead. We asked three contributors to Fool.com for the best stocks to take advantage of renewed spending on leisure and gaming. They recommended Monarch Casino & Resort (NASDAQ:MCRI), MGM Resorts International (NYSE:MGM), and Zynga (NASDAQ:ZNGA). Here's why. 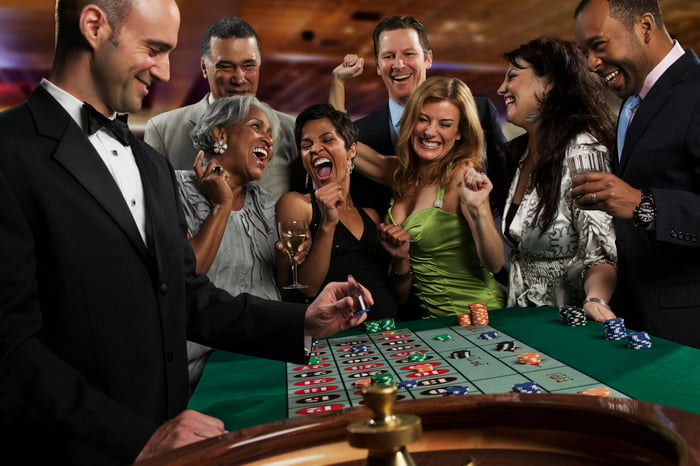 Jason Hawthorne (Monarch Casino & Resort): Despite being a public company, 30% of Monarch is owned by a single family -- the Farahis -- who also operate the business. It's made up of the Atlantis resort in Reno, Nevada, and its renovated Black Hawk resort 35 miles west of Denver. Unlike larger casino companies, Monarch generates most of its revenue through guests who live within an hour's drive of either location. Both sites are well positioned. Reno's population is growing at more than twice the national average. Denver's is expanding even faster.

Prior to 2020, the company was steadily increasing revenue and profits. And it was paying off for shareholders. In the decade leading up to the pandemic, shares returned 680%. Now, the company is returning to growth as the pandemic wanes. Revenue and net income for the first six months of 2021 were 42% and 61% higher than 2019, respectively.

Part of that growth is thanks to an expansion at its Black Hawk casino. It's one of only three towns in Colorado where commercial gambling is allowed. And that town is the largest with 73% of the revenue. According to management, the Reno site also has the acreage to support future expansion.

The company did recently share some unexpected news worth watching. In August, chief operating officer David Farahi announced he would be leaving Monarch. While that would garner interest at any company, it's even more curious since he is the son of CEO John Farahi. David has been the public face of the company and was widely considered a potential successor to his father. Although the departure is a consideration, it appears Monarch is set up for many years of profitable growth. That should be rewarding for shareholders who aren't afraid of holding shares of a $1.3 billion company many have never heard of.

Bet on an even bigger comeback

Rich Duprey (MGM Resorts): World-class casino operator MGM Resorts might not seem such an obvious buy at first glance, but since it derives most of its revenue and profit from the U.S. market, which is more robust than China's, it doesn't carry the same risk profile as Las Vegas Sands or Wynn Resorts, which depend on Macao for most of their money.

Las Vegas has enjoyed an especially rigorous return and MGM is a dominant force on the Strip. It runs an asset-light model that sees it operating some of the most well-known casinos, such as The Mirage, Luxor, and New York-New York, but sells the land beneath it to real estate investment trusts, raising tens of billions in cash in the process.

MGM is continuing that practice, announcing it is acquiring the upscale Cosmopolitan resort on the Las Vegas Strip for $1.6 billion from investment firm Blackstone with the land being sold to a consortium of investors.

MGM also owns one of the best casinos in Atlantic City, the Borgata, and has a number of other properties in other growing regional markets including Biloxi, Mississippi; Detroit, Michigan; and Forest Heights, Maryland.

Beyond the physical casinos MGM runs, it also owns one of the fastest-growing sportsbooks in the country, BetMGM. It has its sights set on overtaking DraftKings as the second-largest player in the space, and has a 25% share in New Jersey, the largest sports betting market by far. It expects to be operating in around 20 states by the end of the year.

BetMGM is also the leading online casino gaming app with a 30% market share, double the amount of any other platform.

MGM Resorts has returned to profitability at last with net income according to generally accepted accounting principles (GAAP) of $105 million, or $0.14 per share, and it was able to produce an adjusted profit on its China assets despite the miasma of that market.

With greater vaccination rates and a pandemic that looks like it's retreating, MGM Resorts is a gambling and entertainment giant that will continue its inexorable climb higher.

This gem of a stock is in the bargain bin

Keith Noonan (Zynga): It's been a disappointing year for Zynga shareholders. Coming on the heels of an impressive rally, the video game company's share price is now down 24% in 2021's trading. The stock is also off roughly 39% from its 52-week high.

Shares got crushed after the publisher reported second-quarter results early in August. Narrowing opportunities for in-game advertising growth and volatility for the broader market have also weighed on the company's valuation.

The company's second-quarter results arrived with guidance for weaker-than-anticipated bookings growth, and changes that Apple is making to advertising policies on its mobile ecosystems are complicating the game maker's outlook. Alphabet is also implementing changes for privacy and advertising settings for its Android mobile operating system.

Zynga was positioning in-game advertising as an increasingly significant component of its growth strategy, and unfavorable shifts in the mobile advertising market represent a real setback. So, why is the stock still a great buy?

For starters, shares look very cheap at current prices. With the company valued at roughly $8.2 billion, it's now trading at about three times this year's expected sales and 21 times expected earnings. Those are attractive levels for a company that still has a very encouraging runway for long-term growth.

Zynga generates the large majority of its revenue from purchases users make in its free-to-play games, and the core business still looks quite strong. The ad disruption is unfortunate, but the company is already putting up impressive sales, and mobile advertising and privacy changes on mobile platforms aren't going to destabilize the business.

Zynga has a formidable collection of gaming franchises and development studios to work with, and the company remains in good position to capitalize on tailwinds in the mobile games industry. At current prices, a single hit new title could completely change the narrative on the stock and send shares soaring.