The company burned through a ton of cash last quarter, and it's a problem that likely isn't going away anytime soon.

Cannabis company Tilray (TLRY 4.56%) reported its first-quarter earnings this month. The headline was great, with revenue soaring 43% year over year (thanks to the inclusion of Aphria) and the company posting a 10th consecutive period of (adjusted) profitability.

And, while all that sounded good, looking beneath the hood there was one number buried at the end of the company's press release that stood out the most to me: Tilray's net cash used, which was deep in the red. 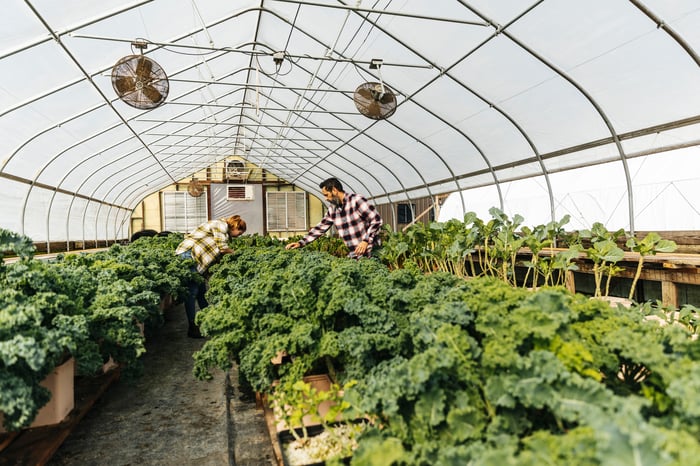 The company burned through nearly $100 million in just three months

Cash burn is a concern for any company because it usually leads to share offerings and dilution. Those are words investors don't want to see or hear because as more shares hit the market, the more supply of them there is, and, thus, the price of the stock goes down.

For the period ending Aug. 31, Tilray used more than $93 million in cash to fund its day-to-day operating activities. A quarter earlier, it generated a positive cash flow of more than $8 million. And, compared to a year ago, its cash burn was still lower at a negative $56 million.

The obvious excuse might be to blame this on the big merger that it completed with cannabis producer Aphria back in May. But even the company's adjusted free cash flow of $61 million (which excludes acquisition-related expenditures and adds capital spend) was far and way worse than the positive $3 million it generated in the previous quarter. And it was only a modest improvement from the negative $70 million adjusted free cash from the same period last year.

Either way you look at it, Tilray is burning through a lot more money than it was earlier this year. The problem is that the situation may only get worse from here on out.

Tilray has an aggressive growth strategy ahead. It is working toward an ambitious target of hitting $4 billion in annual revenue by 2024. It involves many pieces and expansion in many parts of the world, including not just Canada and the U.S. but also internationally. You can be sure that will involve lots of cash going out the door. Today, Tilray is at a run rate of $672 million in annual revenue.

Unfortunately, these promises of explosive growth are not new for the cannabis industry, and the risk is that Tilray is following in some dangerous footsteps. In 2019, seasoned cannabis investors will likely remember another Canadian cannabis producer HEXO (NASDAQ:HEXO) and its target to hit 400 million Canadian dollars in revenue for its 2020 fiscal year. Months later, the company's chief financial officer resigned and HEXO ended up withdrawing the guidance. Also that year, then-CEO Bruce Linton of cannabis giant Canopy Growth (NASDAQ:CGC) projected revenue of CA$1 billion for his company's new fiscal year. It has come nowhere near that, and, over the past 12 months, Canopy Growth has generated just CA$572 million.

There are many examples in the cannabis industry where companies have gotten way too far ahead of themselves, promising too much and delivering too little. The only constant you can count on is that these opportunities will cost lots in the way of cash, and it could also hurt the bottom line.

Perhaps the most concerning item is that Tilray is planning to expand into the U.S. (once it is legal to do so) through multi-state operator (MSO) MedMen (OTC:MMNFF). Taking on the MSO and potentially acquiring it is destined to be a headache. In fiscal 2021 (which ended June 26), MedMen reported a net loss of $158 million on revenue of just $145 million. General and administrative costs of $125 million alone accounted for 86% of the top line. Its cash burn from operations totaled more than $46 million and could quickly exacerbate Tilray's problems.

Investors should tread carefully with Tilray

I'm not a fan of companies that make big promises, especially not in the cannabis sector. It's a recipe for disaster because it creates a high bar for the company to reach. And the more difficult it is to reach, the more likely it is that the company will underwhelm. By setting such a high bar, you can expect Tilray will be aggressive in trying to meet those targets the best it can. Acquisitions appear likely for Tilray, and that can either deepen the cash burn or lead to share issues that will dilute shareholders. Either way, the prospect isn't great.

Tilray looked like a promising stock when it acquired Aphria, but after unveiling its aggressive growth strategy, I can't help but think this will be just the latest example of a company in the sector failing to deliver on some lofty projections it probably shouldn't have made in the first place. That's especially concerning when those projections are contingent on a U.S. market that isn't even legal yet (and there are no guarantees it will be in the near future). But, even without taking on MedMen, there could be loads more cash burn ahead of Tilray as it battles for market share.

For cannabis investors looking for a safer way to bet on the sector's long-term growth, I'd suggest going with an established MSO.