The stock market might be near all-time highs, but some Wall Street firms are still finding major growth opportunities.

If you're an investor sitting on some cash, you might be finding 2021 a little frustrating. The benchmark S&P 500 index has marched higher with only small corrections along the way, making buying opportunities few and far between.

But not all stocks are near all-time highs. Occasionally, Wall Street analysts reveal companies that the market is shunning right now, but could be big growth stories in the future. With 2021 coming to an end, it might be a good time to start positioning for that future right now.

These two stocks have potential upside ranging from 119% to 145%, according to major Wall Street firms. 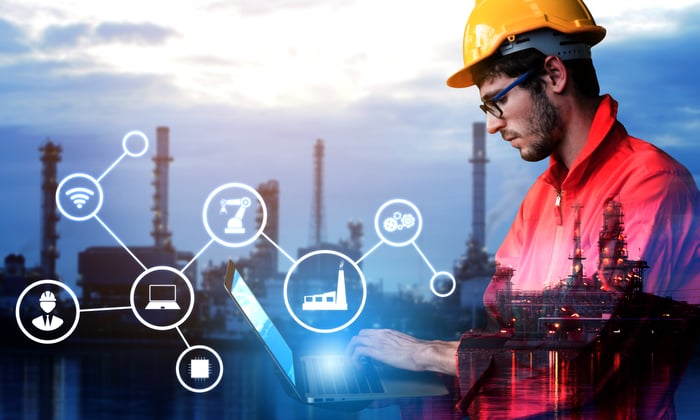 The case for C3.ai

C3.ai (AI 21.58%) is a trailblazer in the emerging artificial intelligence industry. It has effectively created an entire market all for itself, with the ability to custom-build AI applications for any industry in the world, allowing regular companies to access this revolutionary technology.

The oil and gas industry probably isn't one most investors associate with AI, but it makes up 35% of C3.ai's total revenue. The company developed a suite of AI applications with oil giant Baker Hughes. This helps the industry predict critical equipment failures during drilling and production, in addition to boosting efficiency to reduce carbon emissions.

The partnership highlights the value that C3.ai brings to the business world because, without it, these entrenched organizations might not have access to artificial intelligence at all. The company has received validation from its peers in the tech industry, too, as Microsoft and Alphabet's Google have signed collaborative agreements with C3.ai through their cloud subsidiaries to develop AI applications for their customers.

The company has quadrupled its customer base between fiscal 2019 and 2021, and in the first quarter of fiscal 2022, the growth continued, taking the total to 98. It has also projected an additional 33% revenue growth for the current fiscal 2022 full year, to $245 million. It's a welcome sign given investors expressed doubts about C3.ai's business model after its public listing in December 2020, which sent the stock down 70% from its all-time highs of $161.

But Wall Street is definitely on board, with Wedbush Securities assigning a $100 price target, implying nearly 120% upside from today's price of $46. C3.ai's addressable market should grow substantially over the next few years as companies learn new ways to apply artificial intelligence and demand a service that can bring it to life for them. 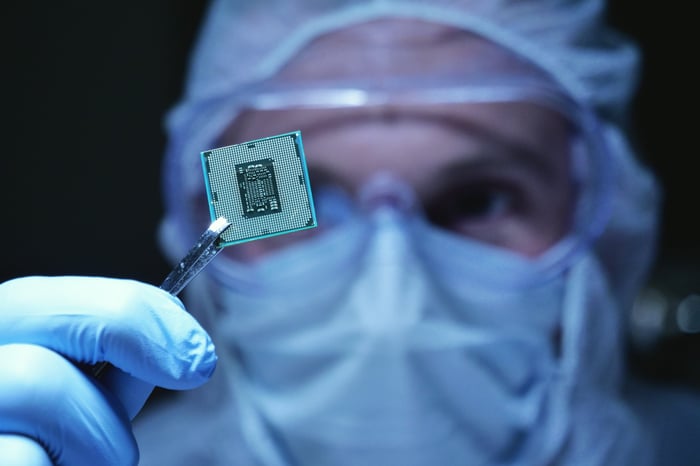 Wall Street analysts have reached an overwhelming consensus on Micron Technology (MU -0.14%). They think the semiconductor-producing powerhouse is a buy, without a single major analyst recommending a sell. But one firm in particular -- Rosenblatt Securities -- expects it could rise by 145% to $165 per share.

The world has grappled with a semiconductor shortage for the last 12 months thanks to pandemic-related production shutdowns. Companies like Micron are racing to clear order backlogs, in addition to serving growing demand as more consumer electronics need advanced processing power. Low supply and high demand for these components have resulted in rising profits for producers, as they're able to increase prices.

Micron specializes in memory and storage chips, which are used in most consumer devices including smartphones, tablets, and computers. But their commercial applications are actually driving the most demand, with data centers growing larger and more complex to meet the needs of an increasingly digital economy. Most companies maintain a data center in-house to manage critical IT infrastructure, but hybrid (off-premise) models are becoming more common as it can be cheaper and more convenient to partially outsource them. Irrespective of where they're located, Micron stands to benefit from the increased demand for data center management.

It's showing up in Micron's financial performance, as it looks set to almost quadruple earnings per share since fiscal 2020. The fiscal 2022 estimates might even be conservative, as manufacturers of everything from consumer electronics to vehicles think semiconductor shortages could persist well into next year.

But with the expansion of new technologies like 5G, Micron's future opportunities become even more enticing. 5G-enabled smartphones require more DRAM memory, for instance, and it's likely to be just as widely adopted as existing 3G and 4G networks. Rosenblatt Securities' $165 price target looks attractive right now, but for long-term investors, it might just be a starting point.