Inflation. That's a word that seems to be on everyone's mind these days. For the stock market, inflationary pressures have historically tended to be something of a mixed bag: Many companies struggle, while others put up a relatively strong performance and can even benefit from unusual economic and monetary dynamics.

In order to put investors on the trail of stocks that could perform well in this age of elevated inflation, we put together a panel of Motley Fool contributors and tasked them with identifying top picks for riding out these uncertain times. Read on to see why they think these sturdy, dividend-paying companies will put your portfolio in a better position to thrive. 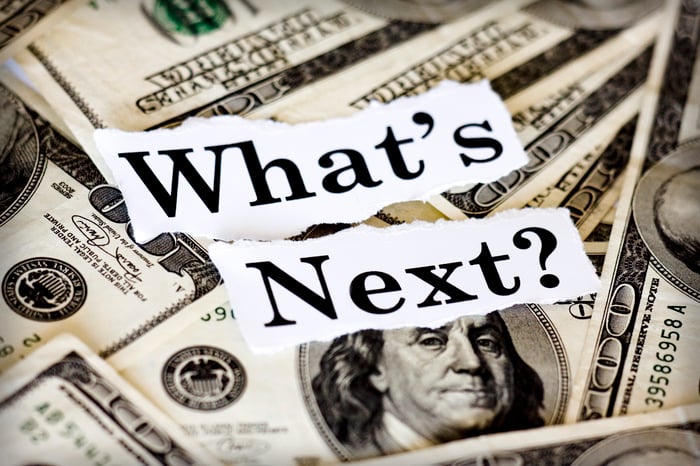 Keith Noonan (Broadcom): Semiconductors make the world go round. Whether they're for mobile devices, data centers, cars, or even your refrigerator, chips are one of the critical components underpinning business and everyday life. Recent fabrication constraints and supply shortages have generally driven semiconductor prices higher, and the overall chip market will likely see additional pricing inflation. However, leading players in the space could also continue to put up a relatively strong performance amid these trends.

Broadcom (AVGO 0.61%) is a maker of connectivity and networking chips that also has a growing infrastructure software business courtesy of some big acquisitions in recent years. The company has been delivering strong sales and earnings growth, and it looks to still be in the early stages of benefiting from the 5G upgrade cycle and other influential connectivity trends. The company managed to grow revenue 16% year over year in the third quarter, and non-GAAP (adjusted) earnings per share jumped roughly 29% compared to the prior-year period.

Broadcom's yield of roughly 2.8% may fall short of what some investors seeking ultra high-yield are looking for, but the chip maker's payout growth history suggests that the company will continue to raise its dividend at a rate that significantly exceeds the rate of inflation. The company's last payout hike came in at 11%, and the semiconductor company's strong free cash flow generation and impressive track record of boosting the cash it returns to shareholders indicate that investors can look forward to another significant dividend raise before the year is out.

After increasing its payout roughly 253% over the last five years, the rate of hikes is admittedly slowing down some, but Broadcom is still a great dividend growth stock. With a sizable and still fast-growing payout, a business that looks poised to benefit from ongoing tailwinds despite broader economic uncertainty, and shares trading at a reasonable 18 times this year's expected earnings, this is one tech company that can help investors thrive through inflation.

Verizon is on its way to Dividend Aristocrat status

Jamal Carnette (Verizon): Income investors are always on the hunt for up-and-coming Dividend Aristocrats, S&P 500 companies with a 25-year history of paying and raising dividends annually. At present, this selective list only includes 65 stocks, which shows how difficult it is to grow market capitalization and raise payouts to shareholders.

Verizon (VZ 1.27%) is well on its way to becoming a Dividend Aristocrat. Last month, the company announced a dividend increase to $2.56 annually, its 15th consecutive year of raises. The payout is well supported by the company's cash flow; investors need not worry about a dividend cut.

Verizon's stock continues to underperform the market, and shares are down 9% year to date. Investors are concerned about Verizon's growth potential, particularly in its cable TV and wireline telephony business as both are experiencing a secular decline.

Despite that, Verizon's third-quarter earnings came in better than expected: The company reported adjusted earnings per share (EPS) of $1.41 and revenue of $32.9 billion, up 4.3% year over year, both higher than analyst estimates on the strength of its wireless segment. Shares rose 2.5% on the day as investors cheered better-than-expected wireless subscriber growth.

Verizon's underperformance presents an interesting opportunity. The company is significantly undervalued versus the greater market. Shares of Verizon currently trade hands at 9.7 times forward earnings versus 21.9 times for the S&P 500 . The Verizon dividend yield of 4.8% is nearly three times larger than the greater index.

Most investors are overlooking Verizon's growth driver in the form of 5G connectivity. Verizon has spent billions building out its wireless 5G network, but the long-term monetization is just beginning. Augmented-reality applications, autonomous vehicles, and smart-city applications will require significantly more connectivity, and Verizon should be able to capitalize on this increased demand.

With Verizon, you're getting a cheap company paying a massive (and growing) dividend with the growth driver of 5G connectivity. Long-term value investors would be well suited to owning shares of this future Dividend Aristocrat.

As inflation-proof as it gets

Jason Hall (Brookfield Infrastructure): The rare top-tier of businesses can raise prices with inflation, but their underlying costs don't necessarily move up at the same rate. That's powerful, especially for dividend stocks.

And it's largely the case for Brookfield Infrastructure (BIP 1.20%) (BIPC 2.38%), which operates largely as a "toll booth" business, operating infrastructure assets that move goods, people, data, and energy. For many of these, underlying expenses are relatively fixed, with the variable parts of the expenses more tied to the volume of product moved than the cost of that good that it may be moving (often for a customer who is just paying to use the asset).

But -- this is where it gets good -- many of its operating units do have inflation escalators built into their contracts, boosting revenues and cash flows even if expenses don't go higher. In the second-quarter earnings release, for example, the word "inflation" was used five times. In all five cases, inflation was a positive for its results.

There's a lot more to like about Brookfield Infrastructure besides its inflation-proof structure. It's one of the safest dividend stocks to own because of the critically important assets it owns and its very strong balance sheet. It's also in absolute growth mode, having invested almost $3 billion on new projects this year. That's a great sign that it will continue to meet the goal of 5%+ dividend increases every year, making the 3.4% yield at recent prices even more attractive.