Investing in high-growth stocks, coupled with patience, is the key to wealth.

Even though marijuana stocks are trading below their February highs now, they still have tremendous potential. There isn't much movement around federal legalization now, but state legalization will not slow down. As a result, the cannabis market will keep booming, thus taking pot stocks to greater highs.

Two pure-play cannabis companies, Jushi Holdings (JUSHF 4.03%) and Cresco Labs (CRLBF -0.54%), and another pot-related company, GrowGeneration (GRWG -0.18%), are climbing the list of top marijuana stocks to buy and hold for the long term. Let's see why. 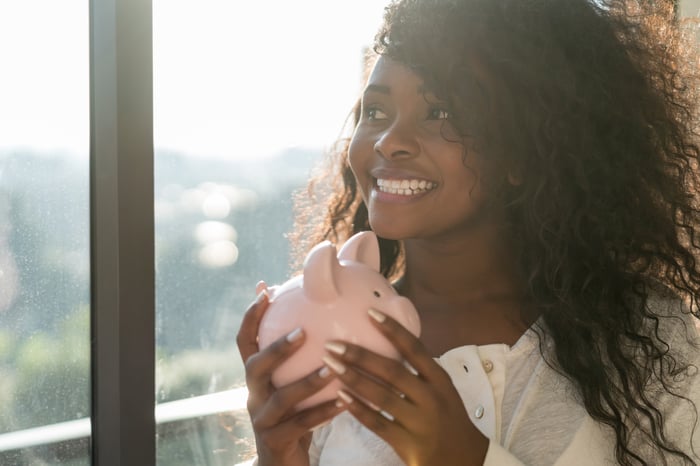 This Illinois-based multi-state operator (MSO) might not have a large footprint nationally yet, but its revenue and profits are surging even with just 37 dispensaries across 10 states. In its second quarter, total revenue jumped a whopping 123% year over year to $210 million.

Cresco's smart strategy of targeting key cannabis markets (such as Pennsylvania, Illinois, and Ohio) that offer limited licenses has worked in its favor. These states restrict the number of licenses they offer and stores that can open in the state. This restricted competition has helped Cresco build a loyal customer base for its various brands like Mindy's Edibles, High Supply, Cresco Reserve, and more.

It helped the company garner $101 million just from retail revenue. The boom in recreational cannabis in its home state, Illinois, has also been favorable for Cresco. The market is on its way to cross last year's $1 billion in total recreational sales. With 11 Sunnyside retail stores in the state, it can take advantage of this opportunity. It has also helped Cresco report a net profit of $2.7 million in the second quarter, a drastic improvement from its $41 million loss in the year-ago period.

This Florida-based vertically integrated cannabis company might be small by market cap ($669 million), but it has tremendous potential to shine as the industry expands. With 20 retail stores nationwide, its total revenue jumped a whopping 219% year over year to $48 million in its second quarter, which ended June 30. The company gives credit for this growth to four key markets: Pennsylvania, Illinois, California, and Virginia.

Jushi has followed the same strategy as Cresco by targeting markets that offer limited licenses, leading to a net profit of $4.8 million in the second quarter, compared to a net loss of $9.3 million in the year-ago period. California and Illinois already have a booming cannabis market. Virginia's recreational market will open up in 2024, while efforts are ongoing in Pennsylvania, which could present ample opportunities for this small-cap MSO.

Since its second-quarter results, the company has opened two more stores in Pennsylvania, bringing its total to 22 retail locations nationwide. It also recently acquired an Ohio-based medical cannabis processor that gave Jushi access to an 8,000-square-foot facility in the state.

With a stable balance sheet, the company is well prepared to expand further as more and more states legalize cannabis. It ended the second quarter with $126.8 million in cash and short-term investments and $85.1 million in principal amount of total debt.

Even though GrowGeneration isn't a pure-play cannabis company, this Denver-based hydroponics supplier has tremendous prospects. It sells supplies and equipment needed by cannabis growers. With 58 stores nationwide at the end of the second quarter, the company grew revenue 190% year over year to $126 million. The company also recorded adjusted earnings before interest, taxes, depreciation, and amortization (EBITDA) profit of $14.5 million, versus $4.4 million in the year-ago period. Net profit of $6.7 million was also better than $2.5 million in last year's second quarter.

In August, GrowGeneration acquired hydroponic equipment and indoor gardening store Hoagtech Hydroponics in Washington. The company believes the addition could help generate $15 million in revenue annually. It also raised its full-year 2021 revenue guidance to a range of $455 million to $475 million and plans to have over 70 garden center locations by the end of the year. If it achieves the upper end of the guidance, it will represent a 146% increase from 2020 revenue -- impressive growth.

With rising sales and an expanding national footprint, GrowGeneration is a lucrative cannabis buy right now. Jushi Holdings being a penny stock might make investors skeptical, but its long-term growth prospects are tempting. With solid fundamentals, all three cannabis stocks have the potential to skyrocket when federal legalization happens, making investors rich. All three stocks are trading almost 50% below their 52-week highs, making this the right time to include them in your portfolio.

Sushree Mohanty has no position in any of the stocks mentioned. The Motley Fool owns shares of and recommends Cresco Labs Inc., GrowGeneration Corp, and Jushi Holdings. The Motley Fool has a disclosure policy.