Established in 2002, Elon Musk's Space Exploration Technologies company didn't become a "unicorn stock" until 2012, needing nearly a decade to reach $1 billion in private market valuation. But once SpaceX got going, it took off like a rocket.

It took SpaceX just four more years to decuple in value, reaching $10 billion by 2016. Earlier this month, SpaceX passed another milestone, growing another 10x to reach $100 billion in market capitalization. If SpaceX keeps growing at this rate, the company could achieve a $1 trillion valuation before the end of the decade.

(By the way, there's still just one way to invest in SpaceX.) 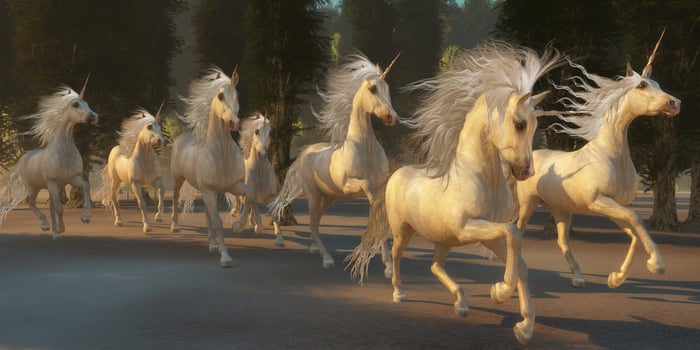 When SpaceX reached its $100 billion valuation

As CNBC reports, SpaceX insiders have agreed to sell "up to $755 million" worth of their stock to outside investors at $560 a share in a private stock sale. At that price, all shares currently (privately) outstanding at the company would add up to a combined value of $100.3 billion.

That's 33.3% more than SpaceX shares commanded as recently as February, in the company's last reported stock sale. (Curiously, the February stock sales saw SpaceX raise $1.2 billion for itself by selling new shares, even as insiders cashed out $750 million in shares through a secondary sale of stock. This month, the stock won a higher valuation despite raising no new capital for itself.)

Nevertheless, as a result of this latest stock transaction, SpaceX has catapulted to "centicorn" status, making it one of only two privately-owned companies in the world valued above $100 billion. The world's only other centicorn, by the way, is China's Bytedance -- the owner of TikTok.

How SpaceX reached its $100 billion valuation

SpaceX achieved this incredible valuation on the back of two developments in particular: Starlink, a system for providing broadband internet to Earth via a constellation of 1,700-odd satellites (and counting); and Starship, an experimental, reusable spacecraft-and-launch booster system that is expected to lift payloads of 100 metric tons or more to orbit once operational.

SpaceX believes that these two systems -- with the help of a little incremental revenue from Falcon 9 satellite launches and the occasional space tourism flight -- will generate as much as $36 billion in sales for SpaceX by 2025. Personally, I have my doubts about that number. But honestly, until SpaceX bows to investor demand and offers its stock for IPO, SpaceX's revenue and even profit numbers will remain of only tangential interest to investors. What's more important is the effect that SpaceX's business success will have on the stock prices of its competitors -- in particular, space companies such as Lockheed Martin (NYSE:LMT) and Boeing (NYSE:BA).

According to data from S&P Global Market Intelligence, Lockheed Martin's space business, most of which is tied up in its United Launch Alliance (ULA) joint venture with Boeing, contributed $12.25 billion in revenue to the defense industry giant. Boeing, in contrast, doesn't break out the numbers for its space business solo, instead wrapping them up with defense and security revenue in its Boeing Defense, Space & Security division (BDS). Still, if we assume that as 50-50 partners in ULA, Boeing's space business is of a similar size to Lockheed's, we can estimate the combined value of the two companies' space revenues at about $24.5 billion.

Granted, that figure is more than NASA's entire fiscal 2021 budget of $23.3 billion. But Boeing, Lockheed, and Boeing-and-Lockheed-as-ULA also get a lot of money from Pentagon defense contracts for space work that aren't included in NASA's budget.

Boeing and Lockheed's space businesses are also growing. For example, Lockheed's space revenue grew about 26% from 2016 through 2020, and Boeing's combined BDS business grew 30%. In contrast, it's hard to know how much SpaceX has grown over the same timespan -- as a private company, it's not obligated to show its math. But based on internal SpaceX projections obtained by The Wall Street Journal some years ago, SpaceX anticipated growing its own revenue by more than 200% over the 2016-2020 time period. And if the company continues growing according to those projections, revenue could more than quintuple over the next five years.

If things continue going as they have been, therefore, by 2025, SpaceX's anticipated $36 billion in revenue will probably eclipse Boeing's and Lockheed's combined $32 billion that year (even assuming a generous 30% growth rate for the latter). Moreover, investors shouldn't rule out the possibility that SpaceX's momentous growth will come at the expense of Boeing and Lockheed, such that the faster SpaceX grows, the slower its competitors will.

In short, the future for SpaceX is looking very bright indeed. The future for Boeing and Lockheed Martin in space -- not so much.