Shares of Marqeta (MQ 4.98%) were up 11.9% as of 2:47 p.m. EDT on Monday after the modern card issuing platform announced a partnership with Branch and Uber Technologies (UBER 1.81%) to handle payments for carriers that use Uber Freight.

The partnership with Uber Freight is a new market opportunity for Marqeta in transportation, where Uber has already emerged as one of the leading digital freight brokers globally outside of China. 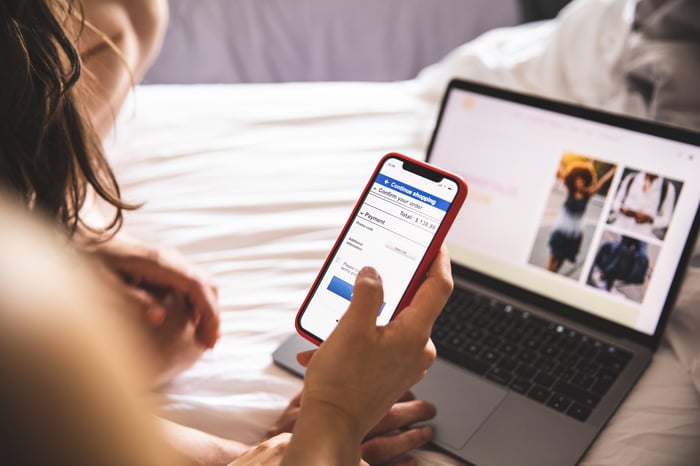 Marqeta, which completed its initial public offering in June, has already benefited from enormous momentum lately. It handles payment processing for Square, Affirm Holdings, and other digital commerce companies. In the second quarter, Marqeta reported a 76% year-over-year increase in total payment volume, reaching $26.5 billion for the quarter.

Several fintech companies, from the leaders like PayPal Holdings and Square to small payment processors like Marqeta and DLocal Limited are experiencing robust growth. Marqeta is facing a very long runway of growth ahead, as there was $6.7 trillion in transaction volume conducted through U.S. issuers in 2020. Its recent growth and future opportunity might justify the stock's high price-to-sales ratio of 35 at the current quote.

Marqeta's impressive client list proves it has the technology, speed, and reliability that companies value. Every deal it signs only increases the likelihood that Marqeta can continue to capture a growing share of a massive addressable market opportunity.

Marqeta Had a Momentous Week: Here's What It Could Mean for the Stock