A panel of Motley Fool contributors discusses what stocks they are planning to buy in November, historically a strong month for the market.

With October now in the books, 2021 is zipping by and it's time for investors to start thinking about November, another historically strong month for the stock market. Since 1950, the S&P 500 index has averaged its best returns in November. In order to help you find some good stock ideas for November, a trio of Motley Fool contributors has picked some of their top names for the month. Their three picks are MercadoLibre (MELI -0.59%), Activision Blizzard (ATVI -3.58%), and SVB Financial Group (SIVB -0.91%). Let's take a look at why these stocks are winners.

Nicholas Rossolillo (MercadoLibre): MercadoLibre hit one out of the park during the pandemic, and its follow-on performance for 2021 is pretty good, too. The company helped get the ball rolling on e-commerce and fintech in Latin America, and with online purchasing activity still a tiny fraction of overall retail in most of the countries it operates in, the runway ahead of MercadoLibre is still wide and long.

The last quarter's results are a case in point. Even as it lapped a boom in activity on its platform last year, revenue doubled year over year through the first half of 2021. Net income is flat, but that is largely by design as the company invests heavily to develop its services in the up-and-coming regions it operates in.

Its efforts are really paying off on this front. Unique active MercadoLibre users tallied up to 75.9 million at the end of June, compared to just 51.5 million in the same period in 2020. And total payment volume through MercadoPago -- the fintech division that addresses the large swath of population that doesn't use the traditional banking system -- surged 72% when measured in the local currency purchases were made in. The average Wall Street analyst is expecting revenue of $1.88 billion when the company reports on its third quarter on Nov. 4, implying an expected 68% year-over-year surge.

With such epic numbers, one might expect the stock to be up big-time so far in 2021. It isn't. In fact, it's down 9% year to date. Some of this is simply an unwinding of overoptimism after MercadoLibre stock exploded 193% higher in 2020. But this top e-commerce and fintech platform is far from done. With shares down 24% from all-time highs, I plan on making a purchase in November. 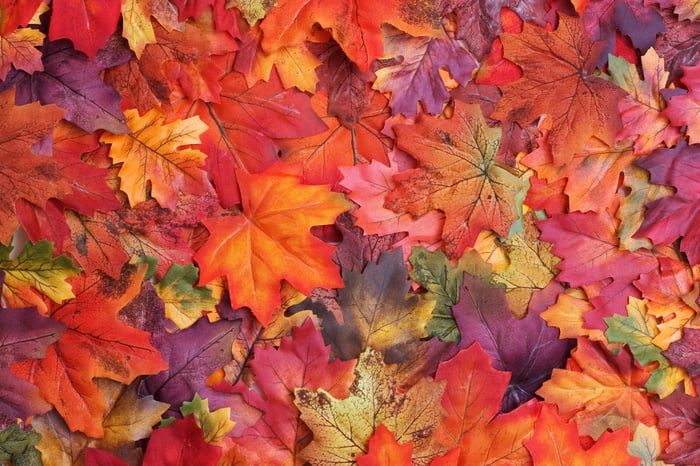 It's worth playing the long game with this stock

Keith Noonan (Activision Blizzard): Despite strong recent performances and an appealing pipeline of upcoming titles, Activision Blizzard's stock price is down roughly 15% year to date. 2021 has been a challenging stretch for year-over-year comparisons, and the gaming industry leader's valuation has also been dragged down by narrowing growth opportunities for in-game advertising. A sexual harassment lawsuit filed by the state of California in July has also raised some significant concerns about aspects of the culture at the company.

Without minimizing the issues and challenges at hand, I think the video game publisher remains a top play for investors looking to benefit from the global growth of its industry, and I plan on adding to my position in November. Activision Blizzard has scored huge wins with its free-to-play Call of Duty: Mobile for smartphones and tablets, and its Call of Duty: Warzone title for PC and console platforms. These games have proven to be enormously popular and put up strong revenue without diluting the appeal of the mainline series, and there's a good chance that the company can reproduce this dynamic with other franchise properties in its stable.

Investors might not have to wait long for its next big free-to-play hit. Activision Blizzard unveiled Diablo: Immortal for mobile platforms at its 2018 BlizzCon conference, and the game originally appeared to be on track for a 2019 release. However, the company has repeatedly extended the development cycle in order to improve the quality of the title and add new content to better meet fan expectations. The publisher hasn't announced a specific release date for the game, but it's on track to debut in the first half of next year.

If Diablo: Immortal proves to be a hit, it could supercharge Activision Blizzard's performance. And, even if the game falls short of blockbuster status, the company's long-term outlook remains promising. Activision Blizzard is a clear category leader with decades of experience in the gaming medium, and the stock looks primed to continue serving up wins for shareholders.

This bank is a beast

Bram Berkowitz (SVB Financial Group): I have yet to purchase shares of SVB Financial Group, the parent company of Silicon Valley Bank, due to the bank's high valuation and impressive stock price appreciation over the last year. But after another impressive quarter and great guidance going into 2022, I am finally thinking about pulling the trigger in November.

SVB is a niche bank catering to the start-up, venture capital (VC), and private equity (PE) communities. The bank makes short-term loans to VC and PE companies so they can quickly make investments; banks early-stage start-ups that one day may get acquired or go public; has a growing investment bank taking advantage of the bank's connections in the tech, life science, and healthcare industries; and also provides more traditional banking products to high net-worth individuals. SVB's recent acquisition of Boston Private Financial Holdings has bolstered its wealth management and private banking offerings, while SVB has also doubled the size of its investment banking division in 2021.

With a full suite of products in place to fully serve and penetrate its customer base, which is growing every quarter, the bank has a ton of momentum. SVB has doubled its balance sheet over the past year and now has roughly $191 billion of total assets, as the private market investment explodes. If SVB keeps up this growth, it could become a top 10 bank in the country by asset size over the next several years. It's also complementing this impressive growth with impressive profitability. Through the first nine months of 2021, SVB generated a nearly 1% return on average assets, which is quite impressive considering the insane asset growth the bank has seen. SVB in this same time period generated a 19.4% return on average equity.

Management's 2022 guidance looks very promising, with average loan growth expected to be in the mid-20% range and average deposits expected to grow another 40% plus. Net interest income, the money the bank makes on loans and securities after covering its cost of funding, is expected to jump in the mid-30% range, while core fee income is projected to grow 20%. Management also provided compelling long-term guidance, saying that in a low-interest rate environment, where the federal funds rate is between zero and 2.5%, it thinks it can do a consistent return on equity of 15% and grow annual earnings per share by 10%.

2 Growth Stocks You Can Buy at a Big Discount
415%