Early adopters. Black Friday shoppers. Folks who shout "First!" in the comments section online. If you're the kind of person who likes to be at the front of the line, investing in IPO stocks just might be for you.

What's an IPO stock, you ask? Well, basically, there are two kinds of companies in this world -- those you can invest in (like Apple, or Ford Motor Co.), and those you can't (like Chick-Fil-A ... or SpaceX). The ones you can invest in are only investable, though, because they've gone through the IPO process, conducted an "initial public offering" of stock, and put their stock up for public sale.

And here's the good news for folks who like to be first in line: every month of the year, multiple companies decide to go from private to public by conducting an IPO. The month of October has already seen restaurateur First Watch (NASDAQ:FWRG), coconut water hawker Vita Coco (NASDAQ:COCO), and fashionista Rent the Runway (NASDAQ:RENT) "go public."

Here's what you might want to know about them. 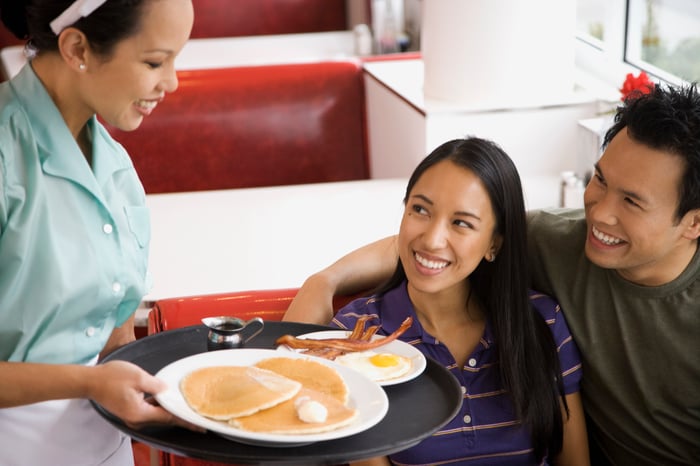 Easily my favorite of this batch of newly publicly traded companies, First Watch runs a chain of 423 restaurants that specialize in breakfast (hence, "first"), but stay open through lunch. In 2019 -- just before the pandemic hit and ruined eating out for everyone -- First Watch notched its 28th consecutive quarter of rising same-store sales growth, and in 2020, Market Force's annual consumer study named First Watch "America's Favorite Restaurant Brand."

Data from S&P Global Market Intelligence show that First Watch has already begun recovering from the pandemic, too, earning positive profits in each of the first two quarters of this year -- and on Nov. 8, First Watch is scheduled to make its first earnings report as a public company, potentially making it three in a row.

And here's the best part: I've patronized the chain myself for years, but wasn't paying close enough attention -- and didn't notice when on Oct. 1, it went public, opening at $21 a share. Luckily, nearly a month after its IPO, First Watch stock still costs close to what it did on IPO day -- just $21 and change. 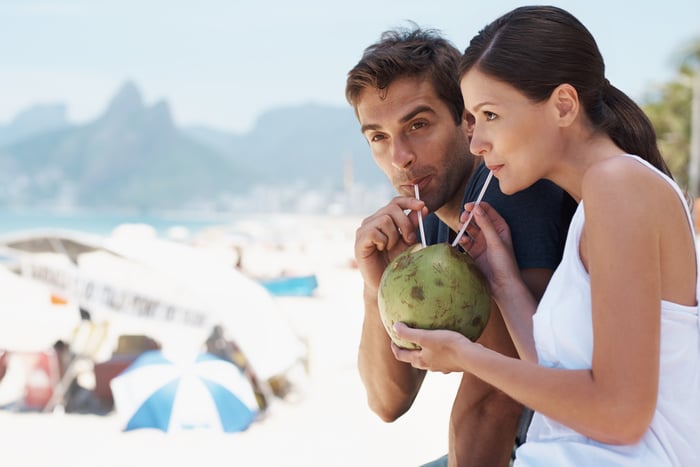 Continuing the theme of investing in companies that make things you can eat (and drink), our next IPO contender is The Vita Coco Company, maker and distributor of such tasty beverages as Vita Coco Coconut Water (indeed, it says it's "the global leader in coconut water") and Runa clean energy drinks.

Founded in 2004, Vita Coco has been in business for nearly two decades -- but it's been public for just over a week. The stock IPO'ed on Oct. 21 at $15 a share -- but has already gone on sale, trading down as low as $13 on Thursday. Curiously, though, nothing much bad has happened to Vita Coco to explain the drop. Indeed, in contrast to First Watch's rather rough 2020, Vita Coco reported positive, and even growing profits all through the pandemic, and has continued to be profitable into the new year.

And Vita Coco seems to be growing in popularity. According to the company's prospectus, 2021 sales were up 33% over 2020 levels. Tasty! 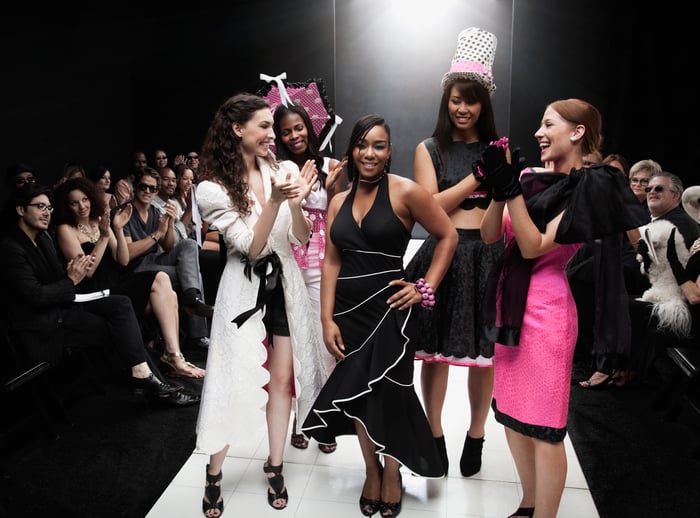 Last but not least, we shift gears with Rent the Runway. The most recent IPO on this list, the company that promises women "unlimited access to that feeling of confidence and power that comes from an amazing outfit" -- by renting it to them -- went public just last week, opening on Wednesday at $23 a share.

However, Rent the Runway stock then dipped below its IPO price, and continued falling throughout the day, ultimately closing below $19 a share. As a result, anyone who didn't jump the gun too soon now has the chance to buy this stock for nearly a 20% discount off its sticker price.

Would that be a good idea, though? It depends on your tolerance for risk.

In contrast to First Watch and Vita Coco, Rent the Runway can't seem to buy or rent a profit -- at least not yet. Unprofitable since its foundation, and burdened with more than $300 million in net debt, the company didn't exactly enter the stock market from a position of strength, and that seems reflected in its stock price.

It just goes to show: It may be exciting to see a new company join the market, but not every IPO stock will be a winner, and newer investors in particular should be cautious about jumping into a hot IPO too soon. If you want to play it safe, consider waiting six months or more before investing in an IPO, so you can get a feel for how a company performs over the course of a couple quarters.

But just because you don't buy, doesn't mean you can't window shop.