Shares of Urban One (NASDAQ:UONEK) had plunged by 39% as of 1:19 p.m. Wednesday as it appeared voters in Richmond, Virginia, had on Tuesday rejected the media company's proposal to develop the ONE Casino & Resort in the city.

Urban One wants to build an integrated resort and casino in Richmond featuring a hotel, spa, restaurants, an event center, and a 100,000-square-foot casino, and while gaming officials had accepted the proposal earlier this year, voters had the final say on the matter. 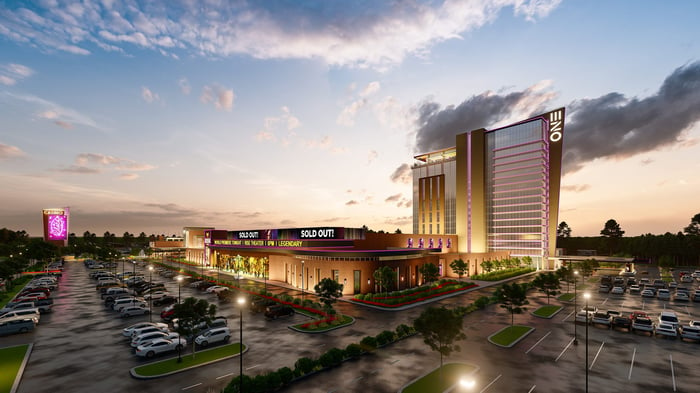 Based on the latest numbers from the polls, it appears they have rejected it by a 3% margin. However, there are about 2,900 mail-in and provisional ballots still to be counted, and given that the current margin is a bit smaller than that, this result is still too close to call.

Originally, six bids were submitted for the right to Richmond's sole gaming license; officials chose Urban One's plan for an integrated resort that would feature some 2,000 slot machines, 110 table games, and a sportsbook.

The media company's stock, which had been trading around $2 a share before officials picked its bid, closed on Tuesday above $7 a share. In the wake of its setback at the polls, Urban One's stock had plummeted to around $4.50 per share as of early afternoon Wednesday.

It's a major setback for the entertainment company, obviously. Last year, Virginia had authorized five cities across the commonwealth to each open one casino within their borders. Urban One was the only black-owned company that participated in the casino development proposal. Now, it looks as though the project has been defeated.