Holding these great stocks for the long term is an easy decision.

My investing returns have improved the older I've gotten. There are several reasons why. But I think the most important one, by far, is that I've lengthened how long I hold winning stocks.

In the past, I was much more likely to sell once a stock generated a great return. Now, my default position is to let my best-performing stocks keep on running.

Sure, I'll sell a stock if the thesis for why I bought it has changed. Every now and then, I might also sell a stock because I want the cash to buy another one that I'm more bullish about.

There are stocks, though, that I fully expect to hold onto as long as I'm alive and kicking. Here are three unstoppable stocks I'm never selling. 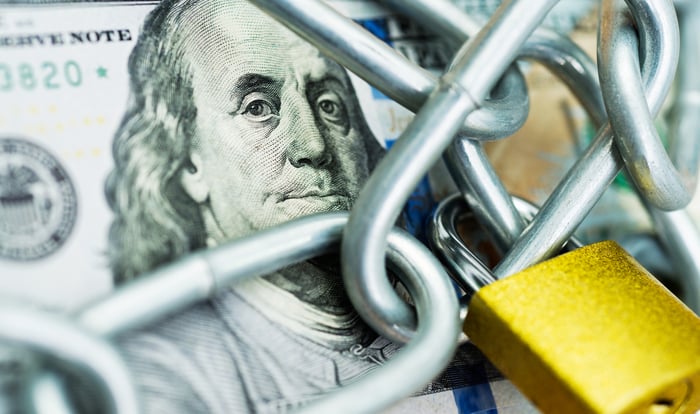 I can understand why some might be unenthusiastic about Amazon (AMZN 2.57%) these days. Its e-commerce empire seemed to show some cracks after the company's disappointing third-quarter results. The stock has basically gone nowhere this year.

However, I remain as optimistic about Amazon's future as ever. The company's best days with regards to e-commerce aren't in the past. Actually, I think that Amazon still has a huge growth runway in e-commerce. Only one-eighth of all retail sales are done online, and that sounds like a massive growth opportunity to me.

Amazon Web Services (AWS) also continues to rock. The unit's momentum has even accelerated as more organizations move their apps and data to the cloud and pick AWS as their cloud provider. Again, I foresee sustained growth for years to come.

Then there are Amazon's new potential markets. I think the company could be a big winner in online pharmacy and telehealth. My hunch is that Amazon's 20% stake in electric-vehicle maker Rivian could be important for the internet-giant's growth, as well.

Jeff Bezos likes to say that, "It's still Day 1" at Amazon. I think that's the kind of attitude that will keep the company on top.

I primarily cover the healthcare sector, and there are a lot of great healthcare stocks on the market. However, I can't think of one that I like better than Intuitive Surgical (ISRG 1.43%).

The company pioneered the robotic surgical systems market more than 20 years ago. More than 6,500 Intuitive's da Vinci systems are now in use. The number of procedures for which those systems are used continues to increase -- jumping 20% year over year in the third quarter.

Intuitive stands to benefit from an unstoppable trend: aging demographics. In major countries across the world, including the U.S. and much of Europe, senior populations are growing. This will translate to increased surgical procedures, many of which are ideally suited for robotic assistance.

Just as important, though, I fully expect Intuitive's robotic technology to improve. As it does, increasingly more types of procedures will be able to be performed with robotic assistance. And they'll have better outcomes for patients than surgeries done without the use of robotic systems.

The long-term tailwinds are so great for Intuitive Surgical that I can't envision ever wanting to sell this stock.

If you think the migration to the cloud is big for Amazon, take a look at MongoDB (MDB 1.81%). The company's Atlas cloud-based database-management platform is driving fantastic growth.

Customers know that using Atlas helps them develop software faster. Its document model is built around how developers think and code. Atlas is also designed to be easily scalable. Organizations can start with small databases but expand them to a massive size without problems.

MongoDB continues to push the envelope with its innovation. For example, the company recently rolled out its Atlas serverless instances that enable customers to eliminate capacity planning altogether. They don't have to select a specific machine type or size. Instead, they simply connect their apps to Atlas, and it handles scaling elastically and seamlessly.

Increasingly more data will be stored, most of it in the cloud. MongoDB arguably provides the best platform for meeting these data storage needs. I think this stock will continue to move higher well into the future.

3 Great Stocks With Better Growth Prospects Than Tesla to Buy