News of game delays overshadowed a great quarter for the game producer.

Share prices of Activision Blizzard (ATVI 5.62%) are down about 12.7% week-to-date through Thursday after management announced the departure of Jen Oneal as co-lead of Blizzard and said that the highly anticipated releases of Diablo 4 and Overwatch 2 would be delayed.

Sometimes you must hit rock bottom before real improvement begins, and the market's reaction to the new developments certainly makes investors wonder whether things can get any worse for the company. The Blizzard segment has undergone several personnel changes since it was hit with a lawsuit over its workplace culture in July. That turnover has now resulted in two major releases being pushed back to a later date.

However, the bad news in the earnings report overshadowed other positive developments, including strong sales of Diablo 2: Resurrected. This is an early indicator of significant pent-up demand for new experiences in this franchise, which sets the stage for more growth over the next five years. 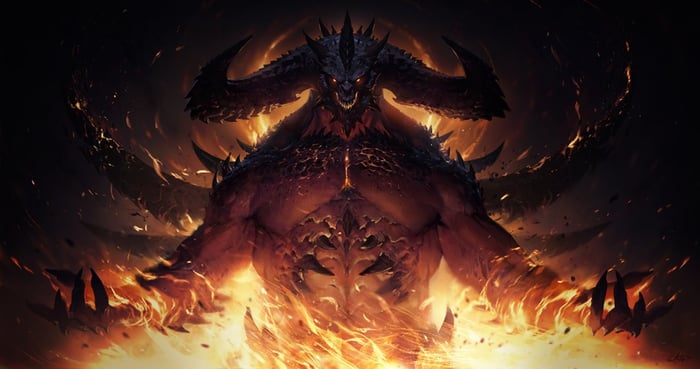 Despite the personnel changes lately, Blizzard's business performed well in the quarter, with revenue up 20% year over year driven by the launch of Diablo 2: Resurrected. To say that players are eager for new content from the Diablo franchise, which hasn't seen a new release in nine years, is an understatement. The first week of sales for Diablo 2 were the highest in the company's history for a remastered title.

The success of Diablo 2 is important for another reason. It shows that, at least so far, the negative headlines surrounding Blizzard's culture are not influencing how players feel about their favorite games. This is the reason I decided to buy the stock recently.

Investors shouldn't be concerned about the delays, since they are very common in the video game industry, and Blizzard never issued an official release date for either Diablo 4 or Overwatch 2 to begin with. Take-Two Interactive delayed the launch of Red Dead Redemption 2 twice before it finally released in October 2018 and went on to sell 38 million copies.

Wall Street wants near-term results, but it could have been disastrous if Blizzard rushed the new games to meet near-term financial targets. Rushed games mean higher chances for bugs and glitches that ruin the studio's reputation (ask CD Projekt Red). When it releases, Diablo 4 should break previous sales records and build on the momentum from a successful Diablo 2 launch and the upcoming mobile release of Diablo: Immortal.

With no Diablo 4 or Overwatch 2 next year, Immortal has taken on a new level of importance in the near term for Blizzard. It is already in public beta testing and remains on schedule for release in the first half of 2022. Investors should have high expectations for Immortal because Activision Blizzard has started to demonstrate a great track record of developing mobile games that generate meaningful revenue growth.

Through the first nine months of 2021, mobile and ancillary revenue, including sales of merchandise and accessories, grew 27% year over year to $2.3 billion. Mobile is the largest and fastest-growing platform for Activision Blizzard, and the launch of Immortal and future mobile iterations of other franchises should grow this business even further.

Management still expects to report full-year bookings of $8.65 billion for 2021. This is consistent with previous guidance. But what might have gotten overshadowed by other news is that executives raised their adjusted earnings per share forecast to $3.70.

Profits should reach even higher levels over the next five years and beyond with the new releases in the works, and Activision plans to invest in mobile and unannounced new franchises to grow its monthly active users over the long term.