The video game giant is trying to contain an escalating crisis.

Activision Blizzard (ATVI 0.76%) has recently dominated headlines for all the wrong reasons. On July 20, California's Department of Fair Employment and Housing (DEFH) filed a lawsuit against the video game giant, stating a two-year investigation revealed a pattern of ongoing harassment and discrimination against its female employees.

Hundreds of employees staged a massive walkout in response to the lawsuit, and more than 2,600 current and former employees signed an open letter to the management demanding immediate changes. Some of Activision Blizzard's investors also filed a class-action lawsuit against the company, claiming it misled investors about the ongoing investigation. 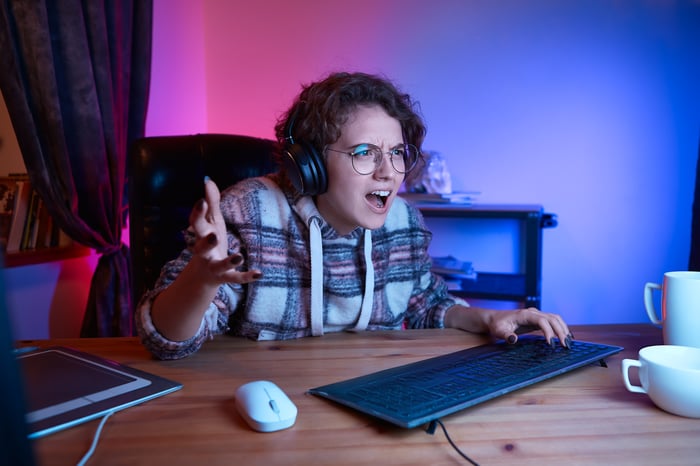 Blizzard, the studio at the center of the DEFH lawsuit, initially accused the agency of using "distorted, and in many cases false, descriptions of Blizzard's past." CEO Bobby Kotick subsequently apologized, called the statement "tone deaf," encouraged more employees to come forward, and said the company had launched an internal review of its policies and procedures.

On Aug. 3, Activision Blizzard appointed Jen Oneal and Mike Ybarra to replace J. Allen Brack as the new co-leaders of Blizzard. Brack, who had served as the studio's president since 2018, was one of two people explicitly named in the DEFH lawsuit. These developments have cast dark clouds over Activision Blizzard's recent second-quarter earnings beat.

These developments will likely generate fresh headwinds for Blizzard, which had become the company's weakest link in recent years.

Activision Blizzard operates three main divisions -- Activision, which is best known for Call of Duty; Blizzard, which publishes World of Warcraft, Overwatch, Hearthstone, and Diablo; and King, the mobile game maker that develops Candy Crush and its spin-off titles.

Blizzard has fewer MAUs (monthly active users) than the other two divisions due to its ongoing loss of World of Warcraft players and lack of new tentpole franchises. Back in 2016, Blizzard had an average of 36 million MAUs across all its games -- but here's how it fared in the second quarter of 2021:

World of Warcraft, originally launched in 2004, peaked at 12 million subscribers in 2010. Blizzard stopped disclosing the game's subscriber count in 2015, but that figure reportedly fell below two million in 2018.

Blizzard expects two eagerly awaited sequels for its top franchises, Diablo IV and Overwatch 2, to usher in a new era of growth, but it still hasn't announced launch dates for either game yet. Diablo Immortal, a new mobile spin-off, also continues to be tested following an ugly backlash from gamers who had expected a new PC release.

Revenue fell 6% year over year to $433 million, or 23% of Activision Blizzard's top line, in the second quarter. Its Burning Crusade Classic expansion for World of Warcraft boosted the aging game's revenue "double digits," but those gains were offset by the softer growth of Hearthstone and Overwatch.

It's too early to tell exactly how the DEFH lawsuit, class-action lawsuit, and recent management changes will affect Blizzard's future. However, the division's existing cash cows are running dry, and it needs to launch new games to keep growing.

If these recent developments spark an exodus of talent from Blizzard, the developer could struggle to complete its upcoming projects. It could also lose sponsors for the esports tournaments that keep players interested in its games. Those setbacks would offset Activision and King's growth and drag down the stock, especially as the gaming market faces tough comparisons in the remainder of 2021.