Teladoc reported better-than-expected third-quarter earnings last month. The company's sales were about 1% higher than analyst forecasts, and net losses were much lower than anticipated. The company's full-year guidance was mostly unchanged, but it did raise the lower end of the forecast range. 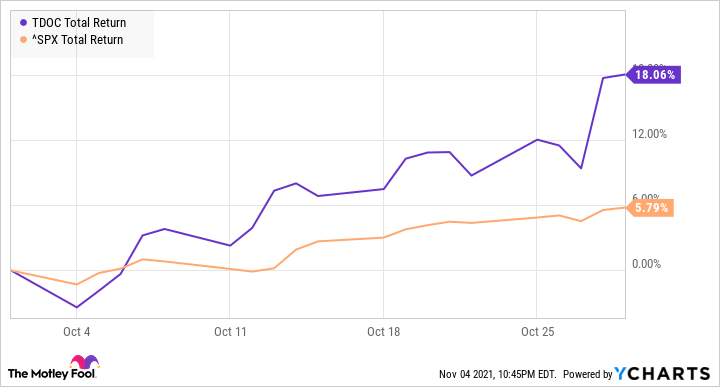 Investors threw money at telehealth stocks throughout the pandemic. Remote healthcare has been a high-growth industry for years, one that gained even more steam when in-person restrictions became the norm last year. As one of the industry leaders, Teladoc enjoyed rapid expansion, but the stock's valuation outpaced the company's fundamentals. It charged to price levels that wound up being unsustainable, but that huge decline created opportunity in October. 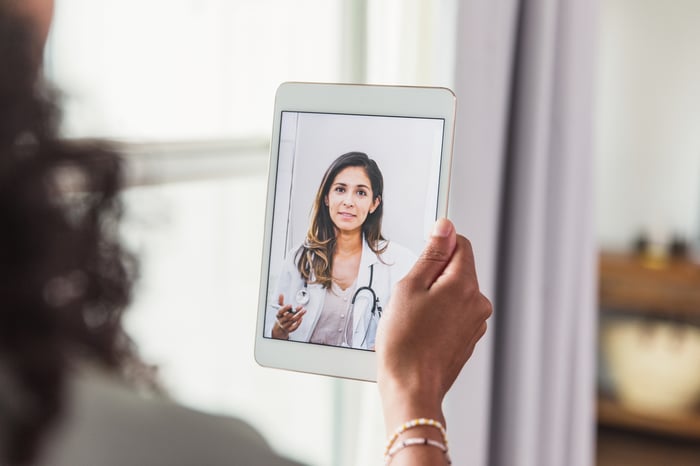 Teladoc's revenue increased 98% in 2020, and that momentum has carried through to the most recent quarter. The company reported 81% sales growth in the third quarter, with total visits rising by 37%. Those results were roughly in line with analyst forecasts. Teladoc lost about $0.52 per share, less than Wall Street was expecting. The company's full-year guidance was essentially unchanged.

That all amounts to an impressive, but ultimately uneventful quarter. Investors should be encouraged by the lower-than-expected net losses and better-than-expected visitor volume. Still, it's hard to identify a fundamental catalyst for that 18% gain. This looks like textbook growth stock volatility.

Even with the October charge, Teladoc is still way below its all-time high around $300, which was achieved earlier this year. Growth is expected to cool a bit next year, and the company still isn't profitable. That's a recipe for more volatility ahead. Don't be shocked if Teladoc experiences big gains or losses over the next year.

If you were interested in Teladoc earlier this year, but decided that the valuation was too rich to buy, it's worth another look now. The risk profile has changed dramatically now that its share price was cut in half. Last month's big performance shows us just how much upside this telehealth leader can deliver.