These companies have been firing on all cylinders for a long time, and that's likely to continue.

"Never" is a strong word. I can imagine selling some or all of just about any stock I own -- perhaps because I suddenly need a lot of money to pay medical bills, or because a stock simply seems wildly overvalued and I've found a wildly undervalued one in which I have greater confidence.

Still, there are many stocks I own that I plan to own for perhaps two more decades -- well into my retirement. Some of them I've already owned for a decade or two. Here are three examples -- stocks I have no intention of selling anytime soon -- because they've performed well for me and I expect more good things from them. 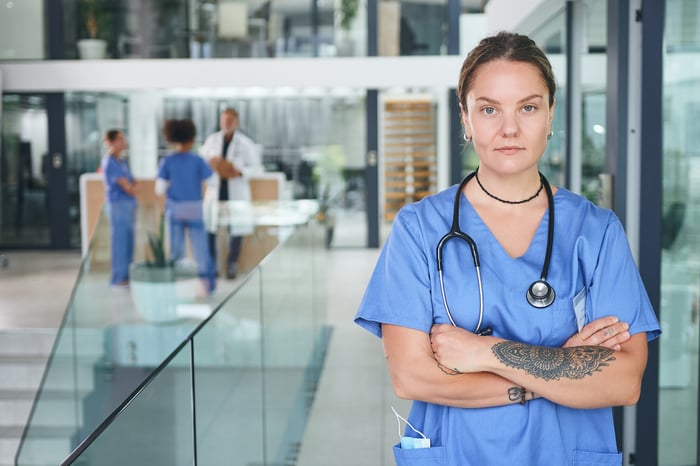 Costco (COST -2.26%) is a familiar name to most Americans. It's familiar to plenty of people abroad, as well, as it recently boasted a total of 820 stores, only 568 of which are in the U.S.; other locations include Canada, Mexico, Japan, the United Kingdom, and South Korea. (Here's a promising little detail: One of its stores is in China.)

While many investors may have been drooling over performances from the likes of Amazon.com or Microsoft, megaretailer Costco has been relatively quietly growing at a rapid clip. Its stock has grown in value more than sixfold over the past decade, without even counting dividends -- that's an average annual gain of more than 20%. It's now the world's third-largest retailer.

In fiscal 2021, Costco's revenue jumped 17% to nearly $200 billion, while earnings per share popped by 25%. Not bad for a behemoth in the exciting world of...discount retail. The company serves its three main constituents -- customers, workers, and shareholders -- very well: It caps markups on most items at around 14%, pays staffers above-average wages (which tends to keep them around longer), and rewards shareholders with stock-price appreciation and even a dividend. That dividend recently yielded just 0.63%, but the company has occasionally issued a special dividend, such as a $10-per-share one in 2020.

Intuitive Surgical (ISRG -1.33%) is not widely known, but it, too, has grown into a behemoth in its realm of robot-assisted surgeries. Its stock has grown more than sevenfold over the past decade, and the company recently sported a market value near $130 billion.

The company's recent third-quarter earnings report featured impressive numbers, such as a 72% year-over-year increase in da Vinci surgical systems shipped, and an 11% increase in its installed base of systems to 6,525 worldwide. The da Vinci system is cleared for dozens of kinds of procedures, with the list growing. Intuitive offers a newer system called Ion as well.

The stock isn't bargain-priced lately, with a recent forward-looking price-to-earnings (P/E) ratio of 63. But I'm comfortable holding it for much longer, as I expect it to keep growing, with more and more systems installed around the world. Those will generate billions of dollars not just from sales of the systems themselves, but also from ongoing sales of supplies, accessories, and servicing -- and many of Intuitive's machines these days are being leased, which generates ongoing revenue. 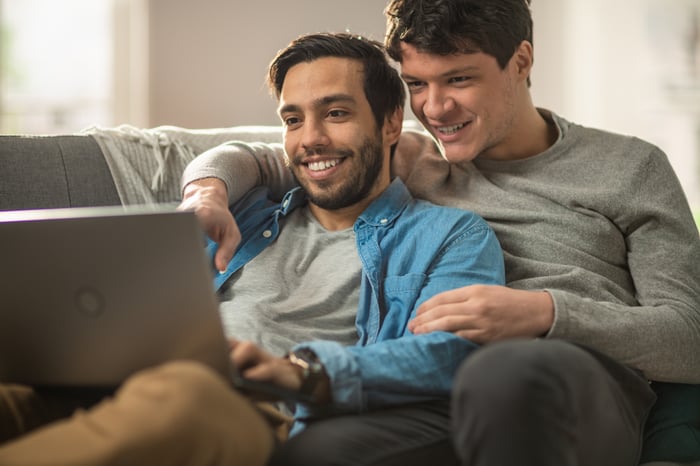 Apple (AAPL -1.98%) has been a phenomenal performer for quite a while, recently becoming the world's most valuable public company, though now it's sharing the upper echelons with the likes of Microsoft and even Saudi Aramco. With a market value recently near $2.5 trillion, the company's stock has soared more than tenfold over the past decade, without even counting dividends.

There's so much to love about Apple, such as the breadth of its strong-selling products, including the iPhone, iPad, iMac, Apple Watch, AirPods, and Apple TV+; they're the result of a very creative company that has a history of launching whole new product categories. It's easy to imagine Apple continuing to innovate, building a bigger and bigger ecosystem. Its Apple TV+ streaming service, for example, only debuted in 2019, and it already has more than 30 million subscribers. Its ecosystem helps, because the company is giving buyers of many new Apple products a free year of the service, in the hope that they'll keep paying for it once they grow to like it.

Everything isn't perfect in Apple land, as the company, like many others, is being challenged by supply-chain issues. But its long-term future looks rosy to me, and I plan to hang on to my shares for a very long time.

I don't want to say I'll never sell these stocks, but there's actually a decent chance that my heirs will inherit many of them. It can be a useful exercise to think about your own portfolio, to determine which stocks are the ones you'd prefer never to sell. Try it!