Put your money in companies that are leading the charge to transform the healthcare industry.

In the short term, stocks seem to move more or less in the same direction as the overall market. That's because on a day-to-day basis, sentiment is driving decisions. Over a longer time frame, the potential earnings power of a company will determine performance. But when an industry is in transition, the uncertainty can lead to volatility that lasts years. That seems to be happening right now.

The healthcare industry has changed a great deal in the past decade. And while some legacy players try to reinvent themselves, new entrants reinvent processes with the consumer in mind. It's led to wild swings in stock prices as companies change positions in the race to lead segments of the $3.8 trillion industry. 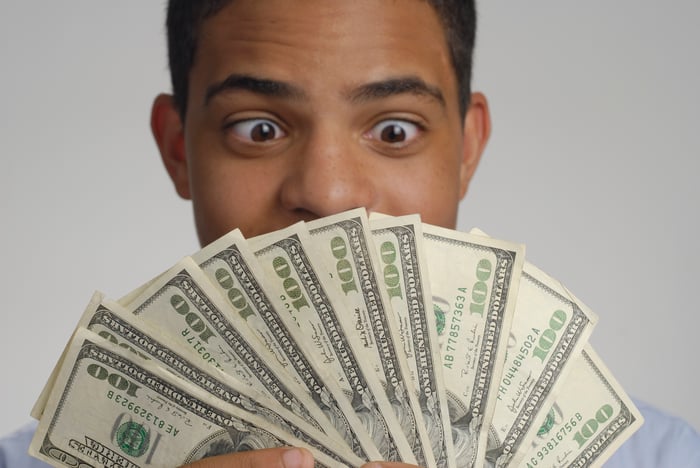 That's why we asked three contributors to Fool.com where they thought investors should put their money to work right now. They chose CVS Health (CVS 0.14%), Teladoc (TDOC 6.47%), and GoodRx (GDRX 6.61%). Here's why they made their choices.

Jason Hawthorne (CVS Health): It's easy to think of CVS as just a drugstore. That had been its identity -- a retail outlet with a pharmacy -- since its founding in 1963. With more than 9,900 locations in the U.S. alone, its stores are nearly everywhere. But the company has leveraged deals and innovation to turn those sites into the hub of a healthcare ecosystem.

In 2014, the company made a dramatic announcement for a retailer: It stopped selling tobacco. That decision hurt sales in the short term, but it was a powerful message that shone a bright light on where it would head in the future: CVS would be a healthcare company.

It has continued down that path by rolling out its MinuteClinic in more than 1,100 stores and acquiring health insurer Aetna in 2018 for $69 billion.  It has also evolved its in-store healthcare services into a new HealthHUB concept. HealthHUB is designed to provide either on-site or telehealth services for prescriptions, common illnesses, and the management of chronic conditions, as well as everyday health and wellness needs.

It's paying off financially. Revenue for the first nine months of 2021 was more than 13% higher than in 2019. And Wall Street loved the third-quarter earnings report from CVS. The company beat revenue and earnings estimates and raised its full-year outlook. It now expects adjusted earnings per share (EPS) of between $7.90 and $8.00. Furthermore, it has put its cash to good use. It sports a dividend yield of 2.1% and has paid down $18.7 billion in debt since the Aetna acquisition.

The transformation of CVS is taking time, and shareholders have had to endure a long process replete with several ups and downs. But the positive earnings reported last week pushed the stock to its highest level since the middle of 2016. And there could be a lot more upside ahead.

Despite the climb, shares trade at less than 12 times management's updated EPS estimate. That would only be close to the multiple shares touched in the pandemic-fueled sell-off last March. In a market full of all-time highs and valuations assuming hypergrowth for years to come, it's hard to find a bargain. Based on the numbers, CVS looks like one. Shares should be a great addition to a portfolio in need of a conservative healthcare investment.

A beaten-down stock is finally making a comeback

Rachel Warren (Teladoc): I've made no secret of the fact that Teladoc is one of my all-time favorite healthcare stocks. I'm a shareholder, and I firmly believe in the staying power that this business has to offer in a post-pandemic world. While some investors might be concerned that the company's ability to provide long-term portfolio value might be limited to the height of the pandemic, I would only point to the company's most recent earnings report as clear proof that the company is anything but just a pandemic stock.

While shares of Teladoc are still down about 25% year to date, the stock has risen about 20% over the past month. I take this as a sign that investors are starting to note the stock's long-term potential, and I wouldn't be surprised if the stock pops even higher in the coming months.

In fact, Wall street analysts think the stock has a high upside potential of more than 70% over the upcoming 12-month period alone. If you're looking for a top healthcare stock that you can buy and hold for many years, and that's trading at a bargain right now on top of that, Teladoc is a compelling investment that's definitely worth a second look.

Prescription drug competition can be good for your portfolio

Steve Ditto (GoodRx): The past three months have been very profitable for GoodRx investors, with the stock price up almost 42% against the S&P 500, which is up about 7%.Investors seem to have overcome their concerns about potential competition from Amazon.

The bright yellow GoodRx brand continues to become better known as consumers learn about and subscribe to its discount services. In 2020, GoodRx users saved an average of 79% off retail prices, and over 55% of prescriptions filled using GoodRx were cheaper than the average commercial insurance copays for the 100 most purchased medications.

Beyond consumers, pharmaceutical companies use the GoodRx marketplace to make consumers aware of their products and provide discounts. In Q2, revenue from drug manufacturer programs and telehealth increased by 136% to $17.4 million, which points to a second growth engine and diversification of GoodRx revenue streams.

On the Q2 earnings call, GoodRx projected 40% revenue growth in the third quarter. GoodRx is scheduled to report Q3 earnings on Nov. 10, so we should have another near-term opportunity to gauge how it's grown the business against expectations. All indications are pointing to bright future prospects for GoodRx as it grows subscribers, services, and value in the $524 billion prescription drug market.

With a price-to-sales ratio of 26, against just 3.2 for the S&P 500, GoodRx is not a low-priced bargain. However, it has a leadership position in a huge market, is attracting buyers and sellers to its marketplace, and has developed attractive ways to monetize its position. By continuing to grow at more than 30% to 40% per year, GoodRx should be a good place for patient buy-and-hold investors to invest their next $1,000.