If you invested $10,000 in Amazon a decade ago, your holdings would now be worth roughly $160,000. That same principal investment in Netflix stock would have brought you even better returns if you held across the stretch -- with your hypothetical position now being worth more than $5.1 million. It's worth noting that Amazon and Netflix weren't exactly little-known longshots 10 years ago.

Finding obscure companies that go on to beat the odds is one way to supercharge your portfolio performance, but sometimes well-established industry leaders can also serve up huge gains if you give them time to thrive. With that in mind, read on for a look at two top stocks that have the potential to deliver life-changing returns. 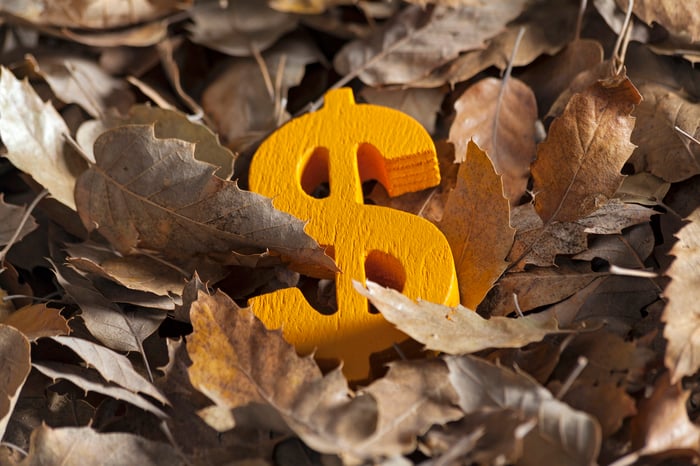 Airbnb (ABNB 5.96%) crushed expectations when it reported third-quarter results earlier this month. If you're worried you missed the boat, don't be. It's not too late to build an early position in this potentially world-beating stock.

With travel restrictions and quarantine procedures beginning to ease in many parts of the world, Airbnb's business posted a fantastic rebound, and sales surged 67% compared to the prior-year period. It also posted performance that trounced what it was notching in pre-pandemic times, with sales coming in 36% above revenue in Q3 2019.

As impressive as the company's Q3 performance was, it's even more eye-catching when you consider that the travel industry and overall consumer sentiment are still facing some significant pandemic-related pressures. The travel industry looks poised to continue recovering and bouncing back to deliver big growth over the long term, and Airbnb will likely play an increasing role in powering these trends. Even better, the company has enormous profit potential.

With a core business that revolves around connecting hosts and guests for short-term rental arrangements, Airbnb is able to post very strong gross margins. Surging revenue last quarter helped the company post best-ever net income of $834 million -- up 280% year over year and 213% compared to Q3 2019.

The stock has rallied following the strong Q3 performance, and Airbnb now has a market capitalization of roughly $126 billion. If you're worried that the company has already grown too big to deliver stellar returns to shareholders, consider that Amazon had a market capitalization of roughly $100 billion a decade ago and is now worth roughly $1.77 trillion. Airbnb is an industry-leading company with a massive and growing addressable market to expand into, and it remains a great play for investors seeking stocks with huge long-term upside.

Zynga (ZNGA) stock has struggled this year. Pandemic-related business tailwinds have been weakening, and the mobile gaming company has faced challenging engagement and monetization comparisons as people have been getting back out into the world and relying less on video games for socialization and entertainment. Changes Apple and Alphabet are making to user-data tracking and advertising on their respective mobile platforms have also likely closed off some growth avenues for the company's in-game advertising initiatives.

The publisher's share price is now down roughly 24.5% across 2021's trading even after a recent post-earnings pop. 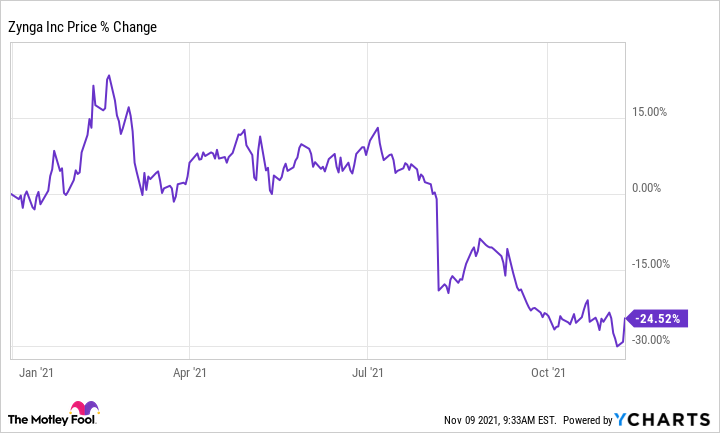 Zynga's Q3 results came in better than expected, with the company posting record sales and bookings in the quarter, and the loss of $0.04 per share in the period was significantly narrower than the $0.09 per share loss targeted by the average analyst estimate. The revenue and bookings gains in the period were largely driven by acquisitions, but performance for in-app purchases and advertising topped the company's expectations and prompted management to raise its full-year sales and bookings guidance.

Despite already facing some challenges in the in-game advertising space, the company's ad revenue topped expectations and roughly doubled compared to the prior-year period. Again, much of this growth was driven by acquisitions, but the category performance was encouraging. The ad-driven business may be uneven in the near term as more data-tracking changes on mobile platforms go into effect, but Zynga still sees big growth opportunities with in-game advertising.

With its expertise in social-focused gaming, Zynga is also in a great position to benefit from potentially explosive technology trends, including augmented reality and the metaverse. The company's core business continues to look quite strong despite disappointing stock performance this year, and I think the game maker has what it takes to deliver explosive returns for investors.

2 Monster Stocks That Could Soar in 2023