The Roth IRA is one account you don't want to miss.

Opening a Roth IRA is one of the most effective things you can to do ensure you enjoy a secure, well-funded retirement. As the only widely accessible tax-exempt retirement account, you're far better off with one than without one.

Here, we'll look at a few reasons why the Roth IRA works so well for so many people.

Roth IRAs are independent from your employer

As we're in the midst of what's been termed "The Great Resignation," it should come as no surprise that people are changing employers now more than ever. The good news is that Roth IRAs, somewhat uniquely, are available to you no matter how you choose to conduct your working life.

Your Roth IRA has nothing to do with where or how you work -- in fact, as long as you have earned income for the year, even non-traditional gig or freelance work is enough to have a Roth IRA. Simply put, your Roth can be opened at a provider of your choice, on your own terms.

From another angle, a Roth IRA serves as the ideal complement to a pre-tax 401(k) at your job or a solo 401(k) connected to any freelance work you might do. For super-aggressive retirement savers, fully funding both a 401(k) and a Roth IRA every year is one of the keys to maximizing your account balances in the long run. 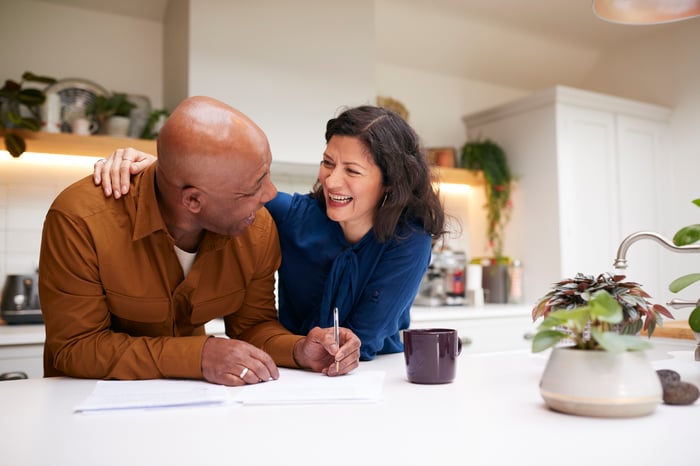 It's tax-advantageous for most

When you open and fund a Roth IRA, you're effectively paying tax today in exchange for a lifetime of tax-free growth and earnings. As long as you hold the account open for five years, you also pay no tax when you withdraw the money in retirement. This is especially advantageous for those who believe tax rates will rise in the future, since you're eliminating any future tax bill associated with money contributed to your Roth.

This means any interest, dividends, or capital gains that happen to accrue in your Roth go untaxed forever. Even though contribution limits for Roth IRAs tend to be on the lighter end, consistent contributions to your account early in your career can have a tremendous effect on your ultimate results.

Simply knowing that you're free of any future taxation is psychologically liberating, even if you're someone who believes your future tax rate may fall in the future. This is often the case with high-earning couples currently earning well beyond their highest marginal tax rate threshold.

While it's possible that taxes will be lower in the future for these earners, nothing beats the security of a nonexistent tax bill. This means no future tax planning, estimated tax payments, or fear that trading will somehow increase your taxable income for the year. Money in a Roth IRA can be traded multiple times a day (though not recommended) -- and you'll still never have to pay capital gains tax.

Historically, the Roth IRA has been known to be a medium for middle-income households to save for retirement in a tax-advantaged way. However, higher-income households also have the opportunity to utilize Roth IRAs via the "backdoor strategy."

Using the "backdoor," higher-income earners can contribute money to a traditional IRA (IRAs without any contribution limits) and subsequently convert the contributed money to Roth IRA status without incurring any income tax. This strategy allows people who fall beyond the Roth income limits to take full advantage of the benefits that come with Roth IRAs.

There is a possibility that the proposed "Build Back Better" plan could include changes to conversion rules that would effectively shut the door on backdoor Roth IRA conversions. This would, in effect, block people who earn more than IRS-prescribed limits from ever adding to Roth IRAs again unless it is via taxable conversion.

If you are a high-income earner, which, in Roth IRA-land means you earn more than $140,000 (single) or $208,000 (married), you may never be able to add money to a Roth IRA again after the end of this year. So bottom line: If you haven't made a direct Roth or backdoor Roth contribution yet this year, do it before 2022 rolls around.

If the IRS gives you a tax-free opportunity, it's usually in your interest to take it. If you don't, you're left open to the possibility of significant tax increases in the future. Take things into your own hands and ensure your Roth is fully funded -- or at least partially funded -- for 2021.