One of the best-performing REIT sectors is self-storage. The property group contains two of the five top-performing REITs over the last decade, with most of the group outperforming the market by a wide margin. Because of that, they've been able to turn a relatively modest initial investment into a major windfall for long-term investors. Leading the way are Extra Space Storage (NYSE:EXR), Life Storage (NYSE:LSI), and Public Storage (NYSE:PSA), which have all turned $10,000 into more than $100,000 over the past 15 years. 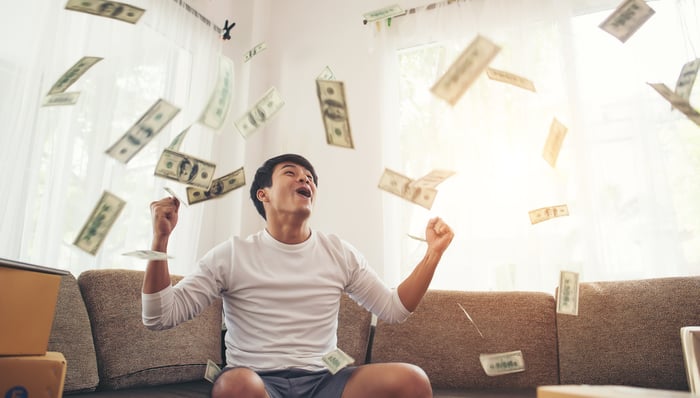 Extra Space Storage has delivered the second-highest total returns among REITs over the last decade at more than 1,100%. Since its IPO in 2004, the REIT has produced an average annual total return of 22.3%. Put another way, $10,000 invested in Extra Space at its IPO would have grown into more than $325,000.

The primary driver has been its value-creating growth. The REIT has grown its core FFO (funds from operations) per share by more than 600% over the past decade, vastly outperforming its peers. That has helped support steady dividend growth, including 38.9% of increases this year.

One of the keys to its success it's the growth of its third-party management business. It signs management agreements with third-party owners, which increase its earnings with minimal capital investment. That business also provides the company with a steady stream of acquisition opportunities as it can acquire those stores when the owners are ready to sell. This strategy has helped support its above-average per share growth over the years and should enable it to continue growing shareholder value in the future.

Life Storage has delivered strong returns over the years. Since its IPO in 1995, the self-storage REIT has produced a nearly 15% average annual return. That has helped it grow a $10,000 investment at its IPO into almost $400,000. It's also worth pointing out that investors didn't need to get in on its IPO to earn that big payday. For example, $10,000 invested in Life Storage around the same time Extra Space Storage went public would have grown into more than $113,000.

Life Storage has undergone lots of changes over the years. It was initially known as Sovran Self Storage and operated under the Uncle Bob's Self Storage brand before rebranding as Life Storage in 2017. The company has steadily grown its store count over the years, primarily by acquiring locations. It went from 111 locations primarily along the East Coast and Texas a year after its IPO to its current size of 1,025 facilities across 34 states. That steady expansion has grown Life Storage's FFO per share, supporting a steadily increasing dividend.

Public Storage opened its first location in 1972. It has since grown into the largest self-storage REIT, with more than 2,500 locations. Investors who got in on the ground floor have benefited from a fantastic compounding machine. Public Storage has delivered a total average annual return of more than 13% as a public company. That would have turned a $10,000 investment made in the early 1980s into more than $1.6 million. Meanwhile, a more recent investment of $10,000 around the time of Extra Space Storage's IPO would have grown into more than $120,000.

Public Storage has grown tremendously over the years by acquiring other self-storage facilities and developing new ones. It's the only publicly traded self-storage REIT with a property development platform. Meanwhile, it has been an active acquirer, especially this year. The REIT has acquired more than $5 billion of properties in 2021, about 30% of the entire industry volume. Combined with its development platform, these and future deals set it up to continue growing shareholder value in the coming years.

Self-storage properties tend to generate steadily growing income due to consistently rising demand. Because of that, self-storage REITs have been excellent investments over the years as they've benefited from the growing income of their existing properties and their ability to expand their portfolios through development, acquisitions, and third-party management agreements. With the sector's growth drivers firmly in place, self-storage REITs should be able to continue enriching their investors in the years to come.