Now we know exactly how much he's planning to boost that spending.

In the company's annual 10-K filing with the SEC, management revealed plans to increase its content expenses by $8 billion for fiscal 2022 to $33 billion total. That includes content across the media empire, films, broadcast television, and the ultra-expensive sports rights at ESPN. Still, the majority of the increase will go toward streaming. 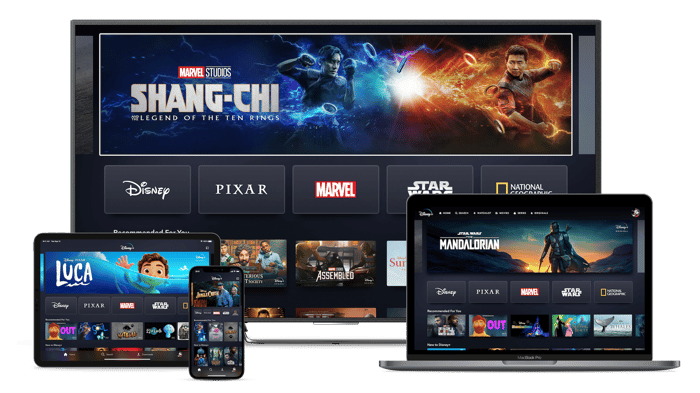 It was just a year ago when CFO Christine McCarthy announced the company's plan to increase its projected content budget for Disney+. Originally, management had planned for content expenses for the streaming service to be in the mid-$4 billion range by 2024. At its investor day in December, McCarthy raised that number to between $8 billion and $9 billion. (Notably, the revised figure now includes content expenses for Disney+ Hotstar that were excluded from the original outlook.)

McCarthy also said total content spending for Disney+, Hulu, and ESPN+ will reach the $14 billion to $16 billion range by 2024. With the big step up in content spending planned for fiscal 2022 (which began Oct. 1), it could be very close to those numbers already.

Of note, not all $8 billion of the content spending increase will go toward the streaming services. Disney has about $1.4 billion more in broadcast and sports rights commitments this year than it did in its fiscal 2021. Still, that leaves over $6 billion for Disney to spend on additional content for streaming.

For reference, Netflix (NASDAQ:NFLX) is expected to spend about $17 billion on content in 2021, a figure that will also step up in 2022, assuming the COVID-19 pandemic causes no further production setbacks. While Disney's content spending is much more spread out across its various services, its outlays are already starting to rival Netflix's. No other media companies are even close to that level of spending on their streaming services.

Disney has good reason to step up its content investments: It needs more hits. Hit series drive new subscriber sign-ups, and the company severely disappointed investors when it reported adding just 2.1 million net new subscribers to its flagship service in its fiscal Q4.

But the entertainment giant needs more than just another Star Wars or Marvel series. That was the type of content that drove it from zero to 73 million subscribers in less than a year. If it wants to attract more subscribers from here, it needs new and different content.

The reason Squid Game has been such a big deal for Netflix isn't just because tens of millions of existing Netflix subscribers watched it. It's because the show had the potential to draw in new subscribers that the service wasn't reaching previously. Disney needs its own Squid Game.

While Disney has developed winning formulas for big-screen hits, that doesn't always translate directly to broad success on the small screen. In fact, there's no real formula for success with TV series. As Netflix management has reiterated time and time again, despite its massive treasure trove of viewer data, it never really knows what will be a home run and what won't. The way it hits it out of the ballpark so often is by taking a whole lot of swings.

That's what a Netflix-sized content budget can do. With a solid base of fans already subscribing to its streaming services, seeing its movies in theaters, and visiting its theme parks, Disney has the cash flow to support a step up in content investment. And that's exactly what will be necessary to take its streaming services to the next level and reach its goal of 230 million to 260 million Disney+ subscribers by 2024.