The House of Mouse added just 2.1 million subscribers to Disney+ in Q4.

Since the pandemic's onset, Disney has become a significant player in the streaming content industry. And recently, its stock price has appeared more strongly connected to streaming subscriber growth than anything else. That said, let's look at Disney's fourth-quarter results. 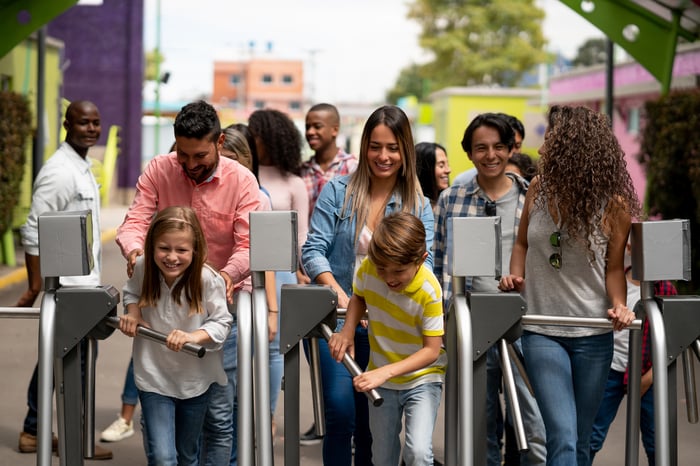 The company's flagship service, Disney+, grew by 2.1 million subscribers to reach 118.1 million in total. Disney CEO Bob Chapek had warned investors in late September not to expect anything spectacular from the service in Q4. He highlighted three headwinds that were slowing growth: difficulty in reaching partnership agreements for the launch of its Latin American service, fewer new movie releases because of COVID-related production delays, and a large cohort of subscribers up for renewal in India.

There was some hope that perhaps the results might come in better-than-expected after competitor Netflix reported robust subscriber growth and its management indicated a pickup in the second half of the quarter. However, that hope was put to rest when Disney reported subpar growth of 2.1 million in Q4.

Still, Disney's management reiterated its long-term target for the service to reach between 230 million and 260 million subscribers by the fiscal year 2024. Disney+ is still operating at a loss, but management expects it to be profitable starting in 2024.

Disney shares were down nearly 5% after the company released the latest figures. Often, management will give pessimistic guidance to investors and end up reporting decent results. That's the kind of scenario the market may have been hoping for after Chapek lowered expectations for Disney+ in Q4.

Disney stock is now down roughly 12% so far in 2021. The lackluster performance in the shares highlights how connected it is to the streaming segment. Disney entered this year with many of its lucrative cash-generating businesses operating at significantly reduced capacities. As the year went on, the world made progress in its battle against COVID-19, which allowed Disney to reopen theme parks, get cruise ships sailing again, and show movies on the big screen.

However, as people leave their homes more often, the demand for streaming content is decreasing, and the slower growth in that segment has kept the stock down for the year. Disney, unlike Netflix, has yet to prove it can drive robust subscriber growth amidst reopening economies.