Microsoft (NASDAQ:MSFT) recently announced that it will locally stream Xbox One games to Windows 10 tablets and PCs. This feature, similar to Sony's (NYSE:SNE) Remote Play and Nvidia's (NASDAQ:NVDA) Remote GameStream, allows a PC or tablet user to stream an Xbox One game like an interactive video over a local network. 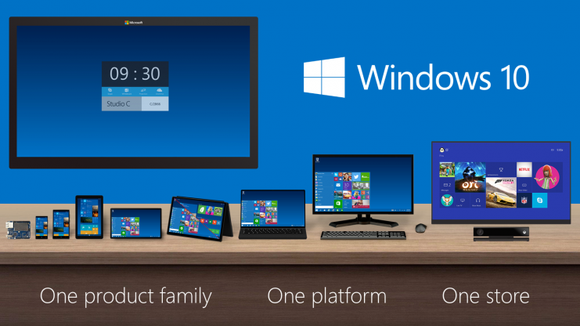 At first glance, Xbox One to PC streaming merely seems like a delayed reaction to Sony's big lead in local and cloud game streaming. But if we look closer, we can see that the service could eventually connect the Windows 10 and Xbox One gaming ecosystems.

Imagining a future without consoles
There's a widespread belief that gaming consoles like the PS4 and Xbox One won't exist for much longer. As Internet speeds improve, games could eventually all be streamed over the cloud as servers do all the heavy processing. Therefore, games in the future could be accessed like Netflix's (NASDAQ:NFLX) on-demand videos.

With PS Now -- which is available on the PS3, PS4, PS Vita, Sony televisions, and other devices -- Sony intends to transform the "PlayStation" brand from a console into a gaming service by streaming games straight from the cloud. Remote Play, which lets gamers locally stream PS3 and PS4 games to a PSP, PS Vita, PlayStation TV, and select Xperia phones, supports the idea of GaaS (gaming as a service) by letting gamers stream games locally.

Microsoft has lagged behind Sony in those efforts. Xbox Smartglass, an app for Windows tablets and phones, can be used as a "second screen" for Xbox games and media, but gamers can't turn off the TV and stream the entire game through the app. With Xbox One to Windows 10 streaming, Microsoft finally has its answer to Sony's Remote Play.

How the change will benefit Microsoft
At first glance, streaming Xbox One games to Windows 10 doesn't seem like it would matter much to either ecosystem.

However, we should recall the problems that Microsoft has faced with Games for Windows Live (GFWL), its digital distribution system for Windows games. The service has been completely overshadowed on Windows PCs by Valve's Steam, Electronic Arts' (NASDAQ:EA) Origin, Ubisoft's Uplay, and other digital download services.

Of these services, Steam is the biggest threat. The service hit 100 million users last September, and has aggressively promoted its "Steam Machines" standard to replace home consoles in living rooms. This means that gamers can buy a game from Steam on their PCs, then play it again on their Steam Machines or vice versa.

Fortunately for Microsoft, the Steam Machines movement is still struggling with hardware fragmentation and mainstream recognition. Therefore, streaming Xbox One games to Windows 10 machines is a way for Microsoft to strike back at Valve on both fronts with cross-platform compatibility.

If that happens, gamers will truly be able to buy a game once on either platform and play it anywhere within Microsoft's ecosystem. It would substantially increase the Xbox One's library of 327 released or scheduled games, which still trails behind the PS4's 406 titles.

Although it seems like such a major shift could upset developers, most gamers who own both a PC and a console generally don't buy the same game twice for both platforms. Therefore, the ratio of Xbox One to PC sales might shift, but overall sales probably won't suffer. Nonetheless, companies like Valve, EA, and Ubisoft could still ban their front-end clients from streaming games to the Xbox One.

Even if that happens, Microsoft can use the PC to Xbox One link as a way to revive its ailing GFWL service. In the past, there wasn't a real incentive to buy a game on Windows Live instead of Steam. But if the game can be streamed back to the Xbox One, Xbox One owners could be more inclined to purchase the PC version from GFWL.

Putting the pieces together
With Windows 10, Microsoft wants to consolidate 70% of the PC market by offering the new OS as a free upgrade to Windows 7 and Windows 8 customers. It's tethering Windows Phone and Xbox One users to that same ecosystem with universal apps.

With video games, Microsoft finally realized that the separate ecosystems of Xbox and Windows gaming had to be connected to counter the rise of Steam, and streaming Xbox One games to Windows 10 devices is a solid first step in the right direction.