Get ready to choose, gamers -- Valve just announced that its upcoming console, the Steam Machine, will now be manufactured by 14 different manufacturers.

Ever since Valve announced that it was entering the console race last September, gamers have debated if the software maker, best known for its games and Steam Store, has any chance at carving out a niche in a market dominated by Sony (NYSE:SONY), Nintendo (OTC:NTDOY), and Microsoft (NASDAQ:MSFT).

The public initially thought that the Steam Machine (formerly known as the Steam Box) would be a single console, such as the PS4, Wii U, or Xbox One, manufactured by Valve.

However, Valve later announced that the Steam Machine would be a widespread branding effort, similar to Intel (NASDAQ:INTC) and Google's (NASDAQ:GOOGL) respective Ultrabook and Chromebook initiatives -- that will allow hardware manufacturers to produce a wide array of Steam OS consoles. Valve won't manufacture any of the hardware except for the controllers.

Although this approach will cut costs for Valve and allow it to spread its bets across the industry, it also runs a high risk of diluting the brand and confusing customers.

Therefore, let's take a look at three key challenges that the Steam Machines will face when they hit the market later this year.

The biggest problem with the Steam Machines initiative is Valve's low tolerance for risk.

Valve's goal is clear -- it wants its Linux-based walled garden, Steam OS, to take over living rooms across the world. Whereas PC users can install Steam along with other competing services, such as Electronic Arts' (NASDAQ: EA) Origin and Ubisoft's UPlay, Valve hopes that overwriting the operating system completely will cut its competitors out of the picture.

In other words, Valve wants all games to be purchased and played within its walled garden.

The problem, however, is that Steam Machines offer no real advantages over regular PCs hooked up to a TV. The actual definition of a Steam Machine is vague -- Valve defines it simply as a PC that meets the company's minimal performance requirements to run Steam OS. In other words, you can simply install Steam OS on your home PC to turn it into a Steam Machine.

Therefore, Valve's announcement that it has 14 hardware partners is simply a lot of sound and fury that signifies nothing. These new "Steam Machines" might get a sticker of approval from Valve, but that approval is as meaningless as an "Optimized for Windows" sticker on PCs. 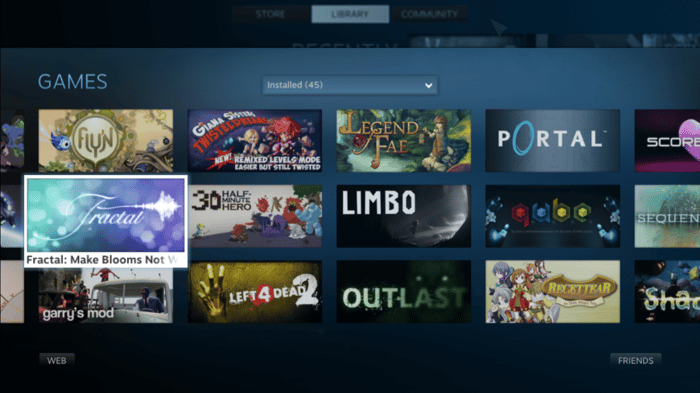 Therefore, there's no reason to compare the Steam Machine at all to the PS4, Xbox One, or Wii U. Gamers can't simply install an operating system on a home PC to replicate those consoles. Instead, the Steam Machine should be compared to other gaming PCs.

Valve wants to fence gamers into its walled garden, have hardware companies do the heavy lifting by producing PCs that meet its requirements, and publicize its "Steam Machine" branding.

When all the hype is stripped away, the Steam Machine is actually a pretty timid move from Valve, which is merely riding on the coattails of the eighth-generation console hype generated by Sony, Microsoft, and Nintendo.

2. The double-edged sword of multiple manufacturers

While this move gives gamers a wider selection of consoles to choose from, it also exposes Valve to the risk of low-quality Steam Machines tarnishing the brand's reputation. Valve's partners include established hardware makers like Alienware and Gigabyte, but they also include lesser-known companies like Scan Computers and Falcon Northwest.

With that many partners to deal with, the chance that one of them could release a lemon rises exponentially.

If just one of these new Steam Machines fails to impress gamers, reviews will highlight it as a Steam Machine failure first, rather than a mistake made by the manufacturer.

The Ultrabook and Chromebook strategies from Intel and Google had a similar effect -- a bad experience with one branded machine turned consumers off from purchasing another one from the same line. Google also faced a similar problem with Android phones and tablets -- users with higher-end devices praised the operating system while those with lower-end ones criticized it.

Meanwhile, that's the key reason that Apple (NASDAQ: AAPL) succeeded. It offered a unified hardware and software solution in its phones, tablets, and computers that convinced consumers that its brand was synonymous with high-quality products.

This dilemma leads into three other major problems:

When Microsoft released the original Xbox in 2001, many gamers criticized it as simply a PC hooked up to the TV.

Indeed, most of the guts of the original Xbox -- from the Intel Celeron processor to the Nvidia graphics card -- were similar to those found in a PC. However, Microsoft had the foresight to cover that up with its own operating system and a standardized console design.

Right now, the only thing tying together the Steam ecosystem is its Linux-based OS and polarizing touchpad controller.

Last but not least, the Steam Machine will initially offer fewer games and less functionality than a Windows PC hooked up to a TV. Right now, 250 games are compatible with Steam Machines compared to the 3,000 titles available for Windows in the Steam Store.

The simple reason is that Steam OS is based on Linux.

Valve CEO Gabe Newell has repeatedly championed Linux as the future of gaming. While developers no longer have to purchase development kits from console manufacturers to create games for Linux, the problem is that the comparatively smaller user base does not make it worth the effort.

In the personal computer market, Linux holds a meager 1.7% market share in operating systems. Microsoft Windows (Windows XP to Windows 8) dominates the market with a 90.6% share. When faced with those figures, it's easy to see why developers are keen on developing a game for Windows first. 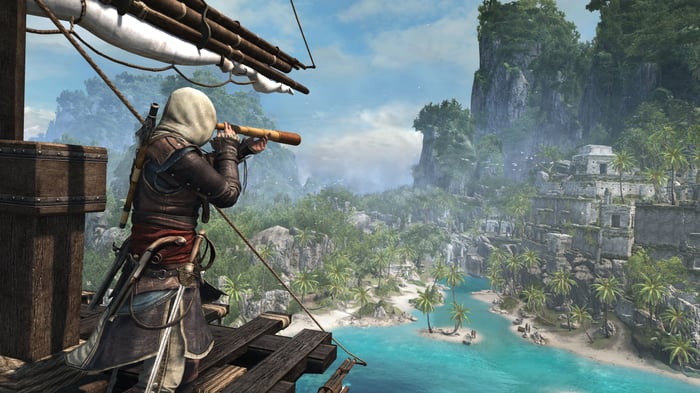 "Triple A" games like Assassin's Creed 4 will be noticeably absent from the Steam Machine launch lineup. (Source: Playstationer.net)

Newell is betting that Steam's user base of 65 million users will convince "triple A" developers to create Linux games for the Steam Machines as well. However, there's a glaring flaw to that strategy -- Steam can still be run on Windows machines and Macs.

It's hard to see why any developer would create a Linux version of a game simply so it can run on Valve's niche cluster of Steam Machines. Sure, the development kit might be free, but the Linux game will also reach a lot fewer gamers than a Windows version.

Basically, all of Valve's strategies sound great for the company, but it has failed to explain why any of these features would be good for gamers.

Right now, all I see is a system that locks gamers into Valve's Steam ecosystem, offers fewer titles than its Windows counterpart, has an oddball controller, and offers no discernable advantages over a Windows PC hooked up to a TV or a next-generation console.

What do you think, dear readers? Will the Steam Machines blow a gasket soon after they hit the market, or is there still hope for this confusing line of branded living room PCs?

What's next for the gaming industry?