It's clear that Microsoft's ( MSFT -1.97% ) Xbox One is struggling. Even after ditching the Kinect, slashing its price by $100, and selling loss-leading bundles, Microsoft has only sold 5 million consoles compared to Sony's ( SONY -0.12% ) 10 million PlayStation 4's.

But one overlooked bright spot is Microsoft's software tie ratio -- publishers have sold 3.26 games for every Xbox One, compared to 2.67 games for every PS4, according to VGChartz. The tie ratio is important because console makers generate revenue by taking a cut of software sales, not by selling consoles at razor-thin margins.

The business of remote purchases
With remote purchases, a customer can browse games on SmartGlass or Xbox.com, and the games will immediately start downloading to the console once purchased. Sony already has the jump on Microsoft by offering remote purchases through its PlayStation app.

Microsoft hopes that setting up remote purchases, then applying Steam-like flash sales, will promote impulse buying by mobile users. Remote purchases are also more convenient, because a gamer doesn't have to sit through long downloads before playing.

That strategy makes sense considering how much time Americans spend on smartphones and tablets. According to research firm eMarketer, the average American now spends 2 hours and 51 minutes on mobile devices daily, compared to 24 minutes in 2010. eMarketer also noted that by 2017, 77.1% of digital buyers will use a mobile device to make at least one online purchase during the year -- up from 51% in 2013.

SmartGlass can be used as a "second screen" for shows, movies, and games. Source: Microsoft.

How do Microsoft's mobile efforts compare to Sony's?
While Microsoft's SmartGlass and Sony's PS app offer similar second-screen and messaging features, Sony has a clearer long-term plan for spreading its gaming ecosystem across multiple devices.

Sony's PS Now cloud-gaming service will eventually stream PS1, PS2, and PS3 games onto the PS3, PS4, PS Vita, PlayStation TV, and select Bravia televisions. Since streamed games are like interactive HD videos, they are dependent more on high-bandwidth connections than processing horsepower. Sony also offers Remote Play, which allows a PS3 or PS4 to stream its video and audio wirelessly to a PSP, PS Vita, or PlayStation TV.

In addition, Sony offers Cross-Play, which allows a game to be played on one platform, such as the PS Vita, and resumed on another, like the PS4. Certain games, like Helldivers, are identical across different consoles. Others, like Ubisoft's The Division, allow the PS Vita player to pilot a support drone to assist PS4 players on the ground. 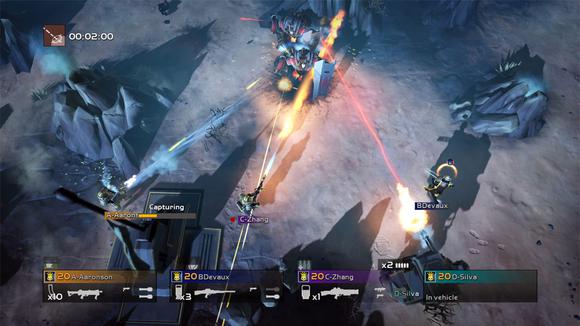 Sony could also eventually launch PS Now and Remote Play on mobile devices. Sony recently discontinued PlayStation Mobile, its prior Cross-Play effort for the PS Vita and Android devices, due to a lack of software support.

To replace PS Mobile, Sony could add streaming services like PS Now and Remote Play to Android or iOS devices (paired with controllers) to pull even more users into the PlayStation ecosystem.

Why is Microsoft always a step behind?
It's painfully clear that Microsoft remains a step behind Sony when it comes to cutting-edge features. Adding remote purchases to SmartGlass was a good move, but it was really just imitating Sony.

Sony has boldly forged ahead with PS Now, despite the steep bandwidth requirements (5 Mbps) and complicated pricing tiers during the beta period. Even with these early issues, Sony's strategy of selling one game across multiple cloud-connected devices will become standard if dedicated gaming consoles cease to exist after the eighth generation. If it brings mobile devices into the fold, Sony will create a seamless gaming network liberated from a single console.

Microsoft hasn't done much with cloud gaming -- which is surprising since CEO Satya Nadella has repeatedly emphasized the importance of the cloud to the company's future. Cross-platform gaming between the PC and Xbox One -- which some developers have requested from Microsoft -- also remains elusive, although it could save the company's dying Games for Windows Live platform with Xbox Live integration.

Microsoft only recently announced its first cross-platform game between the Xbox 360 and One, Happy Wars, at E3. Sony, by comparison, already has over 30 cross-platform titles.

The Foolish takeaway
Microsoft can't just timidly follow in Sony's footsteps if it wants to convince customers that the Xbox One is the future of gaming.

Without the Kinect, the Xbox One remains a shadow of the PS4, with a handful of exclusive games but fewer cutting-edge features. For now, adding remote purchases to SmartGlass might slightly improve the Xbox One's software tie ratio, but it won't do much to move the hardware.