The restaurant chain's and the organic food grocer's stocks have been on sharply different trajectories over the past three months. 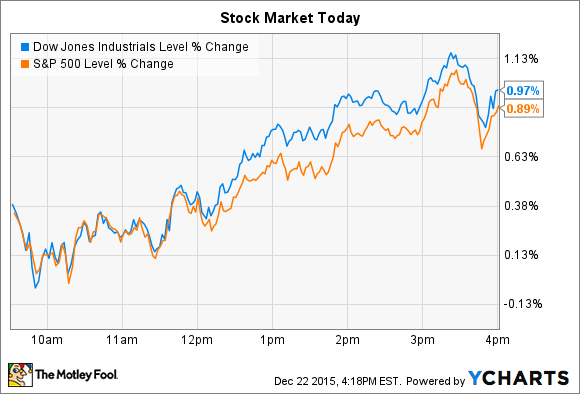 The government's final estimate of third-quarter GDP growth today showed that the economy ticked up at a 2% annual rate, compared to the 2.1% rate it had calculated last month (and the 1.5% advance estimate it first published). Sure, 2% isn't a pace that signifies robust gains, but it still points to continued steady improvement in an economy that's been growing by roughly 2% a year since the recovery began in 2009: 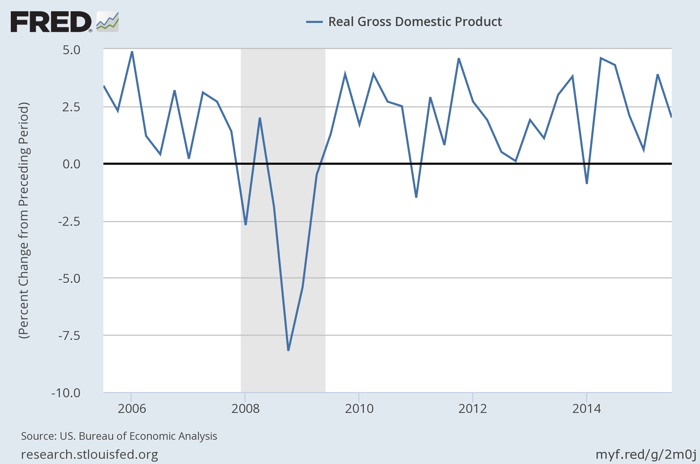 As for individual stocks, Chipotle (CMG 1.70%) shares took another bacteria-related hit while Whole Foods (WFM) gained 6% to add to its strong three-month rally.

Chipotle's new downgrades
Fast-casual restaurant Chipotle was the worst percentage-point loser on the S&P 500. The 5% slump came courtesy of a few fresh E. coli-related Wall Street downgrades. An analyst at JP Morgan cut the stock to a hold rating while lowering his price target from $630 per share to $555 per share . With regulators tracking multiple E. coli bacteria outbreak cases, consumers have "reason to pause when choosing Chipotle over" rival fast-food operators, the analyst warned.

Separately, investment firm Baird took a hatchet to its fourth-quarter and full-year 2016 profit estimates. While stating that it believes Chipotle's business will ultimately rebound and reward "patient investors," Baird isn't sounding especially patient. "Lack of visibility related to the timing/trajectory of the recovery prevents us from taking a more constructive near-term stance on the stock," the company said .

Yet Chipotle is tackling the E. coli issue head on. It closed and sanitized all the affected -- and potentially affected -- restaurants and has run 2,500 tests on food, equipment, and restaurant surfaces. The chain is also implementing new procurement and handling procedures aimed at making it a leader in food safety standards. Those moves are as good as investors can expect from the company, even if they likely won't avoid an expected double-digit sales decrease for Chipotle in the fourth quarter .

Whole Foods' sleepy rally
Meanwhile, Whole Foods' 5% jump made it one of the best performers in the market today. The organic food supermarket chain's stock is now up 20% since hitting its 52-week low in late November.

Of course, the stock is still down by nearly one-third this year -- on top of a decline in 2014. Whole Foods has been hurt by rising competition from retailers like Wal-Mart and Kroger, which operate on much lower profit margins. In fact, according to Whole Foods CEO John Mackey, purchase points for organic foods have increased by 70,000 over the last three years .

While it's good news for the industry that natural and organic groceries are becoming more mainstream, the shift represents a serious challenge to Whole Foods' high-end business model. Mackey and his executive team plan to meet the challenge with help from a new, lower cost store concept set to break ground in 2016. In the meantime, Wall Street is bracing for another quarter of negative comps out of the supermarket chain: Fourth-quarter sales should shrink by 2% after falling by less than 1% last quarter .