ACADIA Pharmaceuticals. Tesla Motors, and Denbury Resources each need one thing to go well for these stocks to take off. 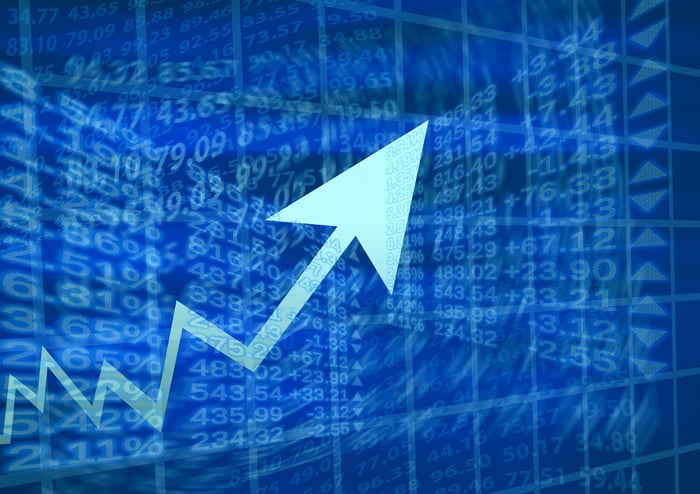 Some companies are pretty easy to understand because their entire future is predicated on one thing happening. These all-or-nothing stocks can be very lucrative investments if that one thing goes the right way for them, but can also spell doom if the winds blow in the other direction. So if you are an investor in this type of stock, you need to know what that catalyst is and why it's important for the company's future.

We asked three of our contributors to highlight a stock in their respective sectors that fits this all-or-nothing description and what catalyst you should be watching to determine whether each will be a success or not. Here's what they had to say.

Brian Feroldi
It doesn't get more "all-or-nothing" than a clinical-stage biotech whose entire value is tied up in the success or failure of a single drug. For that reason I've been keeping a close eye on ACADIA Pharmaceuticals (ACAD -0.12%), a red-hot biopharma based out of San Diego, as this company is only days away from the FDA ruling on whether or not it will approve the company's lead drug, Nuplazid.

Nuplazid was submitted for review last year as a new treatment option for Parkinson's disease psychosis, or PDP, which affects about 40% of patients who develop Parkinson's. Caring for patients with PDP can be a huge burden as the disease often causes patients to hallucinate and have delusions, which makes it very hard for them to care for themselves.

In clinical trials, Nuplazid was shown to be an effective treatment for alleviating some of the symptoms caused by PDP. If Nuplazid wins approval, then it could offer real hope to the roughly 400,000 patients in the U.S. alone who currently have PDP, as there are currently no approved treatment options available.

So what are the odds of success here? I'd argue they are quite good, as a panel of advisors to the FDA recently voted 12 to 2 in favor of giving Nuplazid the green light. That suggests that the FDA is likely to approve the drug on its May 1 PDUFA date.

With peak sales estimates for Nuplazid running in excess of $3 billion, I think the company stands a decent chance at continuing to climb from here. It's also possible that another big pharma company could make a bid to acquire ACADIA at some point if Nuplazid proves to be the real deal. This is one company I plan on watching closely.

Evan Niu, CFA
This might be sort of a stretch for "all-or-nothing," but I'm going with Tesla Motors (TSLA 4.88%). Let's be clear that as an overall company, Tesla does not rely entirely on a single product. The electric automaker has had quite a journey so far with the three vehicles that it has launched to date: Roadster, Model S, and Model X.

But Tesla's incredibly high valuation is absolutely predicated on a single product: the forthcoming Model 3. The Model 3 unit volumes that Tesla hopes to deliver are the underpinning of its valuation. There's no other way that the market could justify Tesla's current market cap of over $30 billion when the company made just 50,000 vehicles last year. Model 3 has always been the end goal: a mainstream affordable EV with sufficient performance. If Model 3 fails or falls short in any way, Tesla shares would be punished badly. Whether or not Tesla can pull it off is an active debate and precisely why the company is such a battleground stock right now.

Tesla is also going all-in financially on Model 3. The majority of cash flow over the next couple of years will be primarily allocated to investing in the Model 3 production ramp-up. The company closed out last year with $1.2 billion in cash, much of which will be needed for the $1.5 billion in capital expenditures planned for 2016. With the launch at least 18 months out at a minimum, this is a stock to keep a close eye on.

Tyler Crowe
Any oil and gas company that focuses just on the exploration and production side of the business is pretty much living off the possibility of decent commodity prices. Most of them do diversify by virtue of producing oil, natural gas, and natural gas liquids from a well. Because of the technique that Denbury Resources (DNR) uses for production, though, it is almost exclusively an oil producer, which makes it pretty much an all-or-nothing bet on oil prices.

Underground reservoirs will have a mix of oil and gas, and when freshly drilled, the pressure of the natural gas and oil will push both out of the ground. Denbury, though, produces its oil from a technique known as enhanced oil recovery. This involves going to older wells that are no longer pressurized with gas and injecting them with CO2 to get some of the last drops of oil from the reservoir. This also means that Denbury's production is overwhelmingly oil. During its last earnings report, Denbury said that oil made up 95% of total production.

Considering the precarious position that oil and gas producers have been in over the past couple of years, Denbury Resources has done surprisingly well. The company has used futures contracts to protect its sales prices, and despite some challenging debt renegotiations, the company has a rather modest debt load compared to other independent oil and gas producers. Still, for this company's stock to truly succeed, it needs better oil prices and only oil prices. You'll be hard pressed to find a company so singularly dependent on oil prices as Denbury is.