Most Overvalued Stocks of 2022

A stock can become overvalued when the price of a security becomes detached from its underlying fundamentals. In the short run, stocks can stray far from their intrinsic value, but, in the long run, they will eventually move back closer to the true value of the underlying company.

Sometimes this results in an opportunity to buy undervalued stocks, but it can also swing the other way. If you buy an overvalued stock, it will likely end up underperforming the market as the price eventually falls back to its real value. 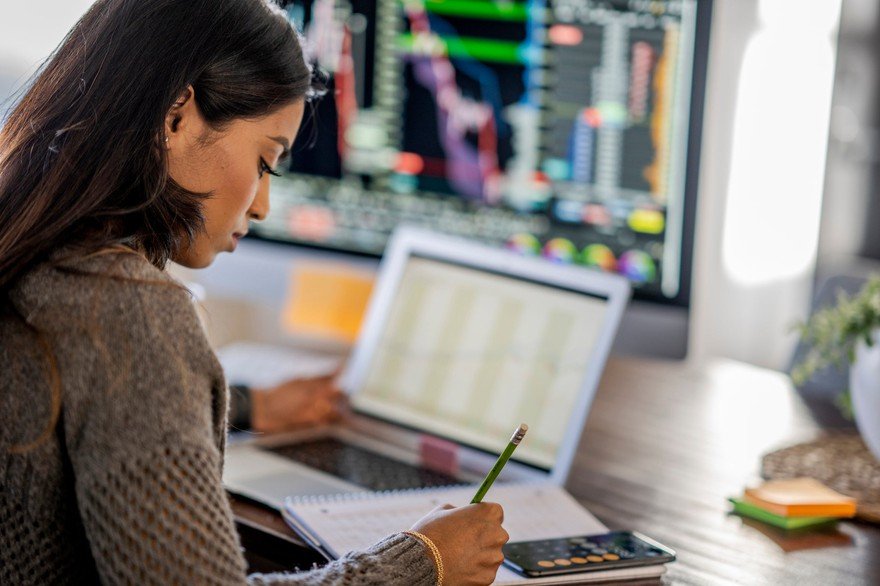 What is an overvalued stock?

An overvalued stock is one that trades at a price significantly higher than its fundamental earnings and revenue outlook suggests it should. It may also trade at a price-to-earnings multiple higher than its peers when adjusted for future growth.

Related: What is a story stock?

How to determine if a stock is overvalued

You can use a variety of metrics to assess the value of a stock. Two of the most common are the price-to-earnings ratio (P/E) and the enterprise value to EBITDA ratio (EV/EBITDA). Both are measurements of the current stock price versus the underlying company's earnings or earnings potential.

It's also important to consider the future earnings growth of a company. All else being equal, a fast-growing company absolutely should trade at a higher earnings multiple than a slow-growing company. Some investors look at the PEG ratio — or the price-to-earnings-growth ratio — as another indicator of whether a stock is overvalued.

The best way to determine if a stock is overvalued is to dig into the company yourself. Make your own estimates for its future revenue growth, margin expansion (or compression), and how it all affects the bottom line. Sometimes you might find something the rest of the market is missing.

Sherwin-Williams (NYSE:SHW) is a paint and coatings brand popular among consumers and professionals alike. Its strong brand and large network of retail stores give it a big advantage over competitors, and it flourished during the DIY boom in 2020. But the market may have gotten ahead of itself by piling onto the popular name in the industry.

The challenge for Gildan is that it doesn't have the brand strength and loyal customer base of its bigger competitors Hanesbrands (NYSE:HBI) or Fruit of the Loom. That's reflected in its gross margin, which is consistently lower than Hanes. Meanwhile, its revenue growth is typically in line with the competition.

While Gildan doesn't reflect your typical overvalued stock by having a sky-high P/E ratio, it seems overvalued for what investors receive in return. At a forward P/E of 14.7 compared to Hanesbrands' 8.4, Gildan investors can't expect much. Analysts currently expect earnings growth of less than 2% per year, while they expect Hanesbrands to increase its bottom line 15% annually over the next five years.

McCormick (NYSE:MKC) is the global leader in spices and seasonings. It got a major boost during the pandemic as more people cooked at home. But the stock looks overvalued now that spice racks are stocked and inflation is increasing McCormick's costs faster than it can raise its prices.

McCormick's stock trades around a forward PE ratio of 31.4 and an EV/EBITDA ratio of 25.6. Other packaged food companies with similar market caps, J.M. Smucker (NYSE:SJM) and Conagra Brands (NYSE:CAG), trade for forward PEs of 16.5 and 14.3, respectively. Their EV/EBITDA ratios are 11.9 for Smuckers and 13.5 for Conagra.

McCormick may deserve to trade at a slight premium since it dominates the spice and seasonings market, which allows it to produce strong margins. But trading at roughly twice the price of other packaged food companies makes it a risky bet that the company can work through headwinds of declining demand and increasing costs.

How to Invest in Stocks: A Beginner's Guide for Getting Started

So you've found a company to invest in. How many shares should you buy?

Four figures can produce some great returns if invested in the right places.

What Are Fractional Shares?

How to avoid overpaying for a stock

Even a great company can have an overpriced stock. Doing some analysis of the business can save you from making an investment that underperforms the market, even if the company continues to perform as expected.

As famous value stock investor Benjamin Graham said, in the long run, the stock market is a weighing machine. Eventually, prices move toward their intrinsic values.

Most Undervalued Stocks for 2022