Please ensure Javascript is enabled for purposes of website accessibility
Log In Help Join The Motley Fool
Free Article Join Over 1 Million Premium Members And Get More In-Depth Stock Guidance and Research
By Christy Bieber - Mar 6, 2021 at 5:48AM

If you're thinking of starting your benefits as soon as you can, you may want to reconsider.

Eligibility for Social Security begins at age 62 for most people. But if you're counting down the days until you can claim benefits, you may be disappointed to find out starting them so soon may not be the best idea. In fact, the majority of retirees probably should wait quite a bit longer.

Everyone needs to consider their personal circumstances to decide what approach is best. But here are a few really good reasons to think twice if you're planning for your first payment as soon as you're eligible. 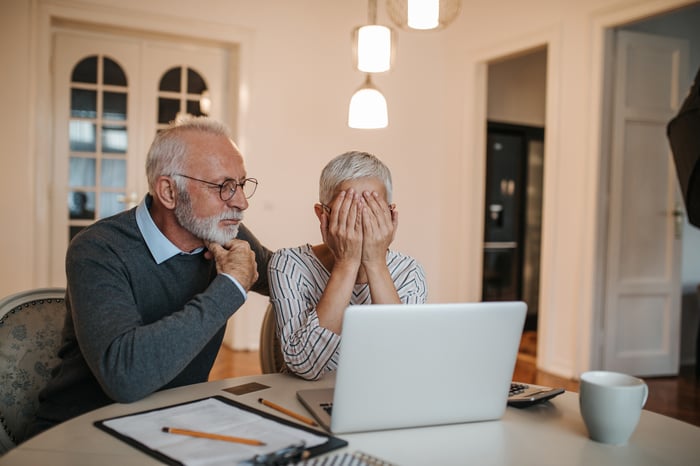 Although you're able to get Social Security at 62, there are consequences if you do. Claiming at 62 is considered early filing, because you haven't reached your full retirement age (FRA), which is based on your birth year and is between 66 and two months and 67. You must wait until then to avoid seeing your checks reduced by an early filing penalty.

This penalty applies for each month you're early. And it adds up quickly. For each of the first three years you claim before FRA, benefits are subject to a 6.7% annual reduction. If you're more than three years early -- which you would be if you claimed at 62 -- each prior year leads to an additional 5% reduction. The result is that retirees whose FRA is 67 would see 30% smaller monthly retirement benefits if they first claimed Social Security at 62.

For most people, Social Security is their most secure source of retirement income since it's guaranteed for life. And cost-of-living adjustments help benefits keep pace with inflation. When you shrink your most reliable income source, that means less financial security for you.

Many seniors also rely on Social Security to make up a large percentage of their income, even though it's designed only to replace a small portion of pre-retirement earnings. If you're counting on your benefits for the bulk of your take-home pay, shrinking your checks could be a big problem; they already aren't enough to support you without additional income from savings.

Most people end up better off if they wait

Another reason you may want to delay claiming Social Security benefits beyond age 62: You stand a better chance of maximizing lifetime benefits.

While Social Security's system of early filing penalties is supposed to ensure the age you start benefits doesn't matter, things don't always work out that way. If you outlive your projected life span, you'd be better off forgoing Social Security early in retirement. Even though you'd miss out on checks you could've been receiving, extra money you get later could more than cover that amount.

Unfortunately, if you want to get the maximum amount of lifetime Social Security income, you may need to wait quite a while beyond age 62. Close to 6 in 10 retirees actually end up better off if they wait until 70. That's because retirees who delay beyond FRA will not only avoid early filing penalties, they'll also earn delayed retirement credits that raise their benefits. And delaying can increase survivors benefits, too, which means your spouse might end up better off if you wait.

There may be circumstances in which early filing still makes sense, especially if you're in poor health. But seriously consider the downsides of an early claim before you decide which approach is best.