Please ensure Javascript is enabled for purposes of website accessibility
Log In Help Join The Motley Fool
Free Article Join Over 1 Million Premium Members And Get More In-Depth Stock Guidance and Research
By Maurie Backman – Jun 12, 2021 at 4:46AM

Here's how the super-rich get away with dodging the IRS -- legally.

If you've been following the news, you may know that there's a bit of an uproar thanks to President Joe Biden's plans to impose higher taxes on the wealthy. Not only is Biden seeking to raise the top marginal tax rate from 37% to 39.6%, but he's also looking to increase the rate on long-term capital gains to 43.4%.

In fact, it's the latter move that could actually have the biggest impact on wealthy taxpayers. See, it's a point of contention among some lawmakers that the ultra-rich manage to get away with paying a comparatively low tax rate on their income. Here's how they get away with it -- legally -- and why Biden is looking to change it.

It's all about capital gains and dividends

It's estimated that the richest 25 Americans end up with a lower tax rate -- 15.8% of adjusted gross income -- than many ordinary earners. In fact, billionaire investing guru Warren Buffett has long criticized the tax code for favoring the wealthy, pointing to the fact that he enjoys a lower tax rate than his secretary. 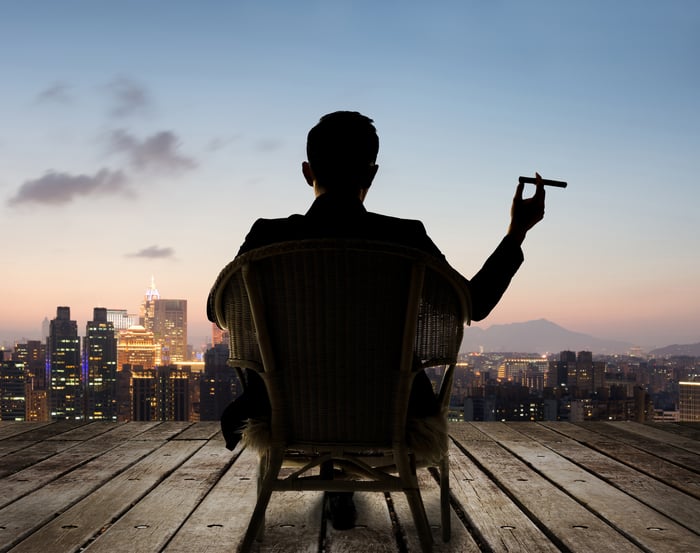 Now as a point of clarification, when we talk about the wealthy paying less tax than your typical earner, we're talking about tax rates, not actual tax dollars. But still, the uber-rich are able to minimize their tax burden for one key reason -- the bulk of their income doesn't come from wages. Rather, it comes from investments.

Clearly, that doesn't sit well with Biden, and so he's seeking to jack up taxes for long-term capital gains -- but only for taxpayers with annual incomes above $1 million. If his plan goes through, the wealthy will begin to enjoy fewer tax benefits.

But if you're an average earner, you can still benefit from a more favorable tax rate on capital gains and dividends. And that's why it pays to load up on stocks -- both for wealth-generating purposes and for the tax benefits involved.

Dividend stocks, for example, are a great way to supplement your income in a tax-advantaged fashion. Sure, you could go out and get a side hustle, but then you'll be taxed at the highest rate that applies to you based on your total income. But if you invest in dividend stocks, you'll get quarterly payments that are taxed at a much lower rate.

It pays to copy the wealthy

Right now, the wealthy get away with paying a relatively low tax rate on their total earnings. Whether that changes for them or not, you have an opportunity to employ the same tactics and enjoy the tax savings involved.