How to Find the Best Certificate of Deposit Rates 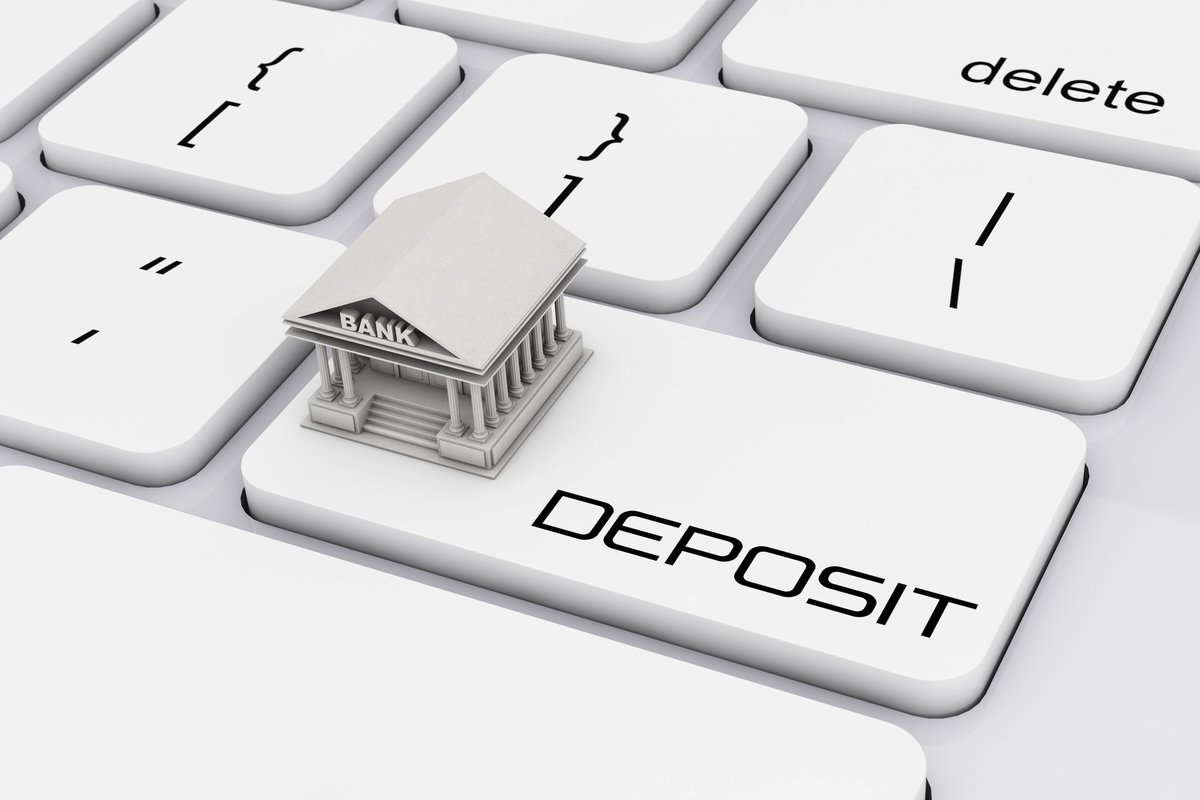 For years, savers have had to deal with rock-bottom rates on bank certificates of deposit. Even when they've agreed to lock up their money for several years or face early withdrawal penalties, bank customers have often had to settle for rates of 1% or even less at times. That's far from enough to generate the income they need on the money they've set aside for near-term use.

For years, savers have had to deal with rock-bottom rates on bank certificates of deposit. Even when they've agreed to lock up their money for several years or face early withdrawal penalties, bank customers have often had to settle for rates of 1% or even less at times. That's far from enough to generate the income they need on the money they've set aside for near-term use.

More recently, interest rates have started to rise. But even though many banks have raised their rates on CDs and other savings vehicles, you'll still find that not all banks have done an equally good job in providing top rates for their customers. It used to take a lot of searching to find the best CD rates, and although it was worth the effort in the long run, it still required more time than most people wanted to spend. Fortunately, it's gotten a lot easier to find top rates on certificates of deposit, and as you'll see below, your solution could be just a click away.

Certificates of deposit are very simple investments. The depositor agrees to put a certain amount of money into the CD, receiving a set interest rate for a specified period of time. At the end of the period, the CD matures, and the bank pays the depositor the full amount invested plus the interest.

Banks offer certificates of deposit to customers for a couple of reasons. From the customer perspective, some bank customers know that they won't need to access their money for a certain period of time, and so they're willing to accept restrictions on being able to make withdrawals in exchange for higher interest rates. From the bank's perspective, offering CDs gives a financial institution greater security in knowing that funds will remain on deposit for a set period of time, taking away some of the pressure to have a fixed amount of available cash on hand to operate the bank's business.

Why CD rates differ so much

You'd think that with different banks essentially offering very similar services to their customers, rates on certificates of deposit would be almost identical regardless of which institution you went to. However, that isn't the case, and you'll find huge disparities depending on where you go.

The reason why banks offer different CD rates has to do with various focus areas in their business models. Some banks have no trouble attracting deposits but don't necessarily have as many customers seeking loans, and so the banking institutions don't have much need to offer high rates to bring in even more investment capital through a certificate of deposit. Other banks, on the other hand, have so much demand from borrowers to make loans that they need to do everything they can to bring in deposits to lend out, and that leads those financial institutions to offer higher rates on CDs.

In addition, banks have to consider the costs of their operations in deciding what CD rates to set. Often, you'll find that internet-based financial institutions are among the top banks in terms of CD rates, because they have fewer costs than banks that have extensive branch networks that require maintenance and upkeep as well as a large workforce. Internet banks pass those savings on to their customers, and higher CD rates can be one way that customers reap the rewards.

Because financial conditions within the banking industry can change quickly, you won't always find the same banks paying top CD rates. Sometimes, a bank can see an unexpected outflow of deposits or see stronger loan activity, and that can create a need to raise CD rates in order to replace deposits and build capital for lending. Conversely, if a bank suddenly gets more deposits coming in or if loan demand dries up, then it might lower its CD rates in order to give depositors less of an incentive to flood the bank with unneeded capital.

Let someone do the work for you

To find the best rates on certificates of deposit, it used to take a lot of grunt work. Calling banks or visiting financial institution websites was necessary in order to find out what each bank's current rates were, and you could then build a list that showed the top rates for various CD terms.

However, even that much work took a lot effort. Rates typically differ depending on how long the term of the CD is, how much you have to invest, and whether you already have an existing banking relationship with the financial institution. Taking all those things into account can make comparisons tough.

That's why The Ascent has aimed to make it easier for you to find the best certificate of deposit rates. Every month, we do the searching for you, nailing down which banks are willing to pay you the most in interest to open an account with them. For example, here's the latest monthly release showing the top CD rates this month. Just click on the link above, and you'll see which banks look most attractive right now.

Get everything you deserve

One thing to keep in mind, though, is that rates aren't everything. You also want a bank that offers the account features, perks, and other benefits that you deserve. For instance, a high rate isn't going to do you as much good if the bank that offers it also charges high fees. On the other hand, going with a bank that offers a slightly lower rate could be worth it if you also get some useful benefits, such as discounts on loans or access to special accounts that offer above-average interest rates of their own.

With interest rates on the rise throughout the banking market, savers can now remember why it used to be so important to make sure they got the best rates they could on their certificates of deposit. If you're willing to lock up some of your savings for a period of time and want to make sure you get as much income as possible for your efforts, then using the tools above to find top CD rates is the first step toward finding the best place for your money to work harder for you.