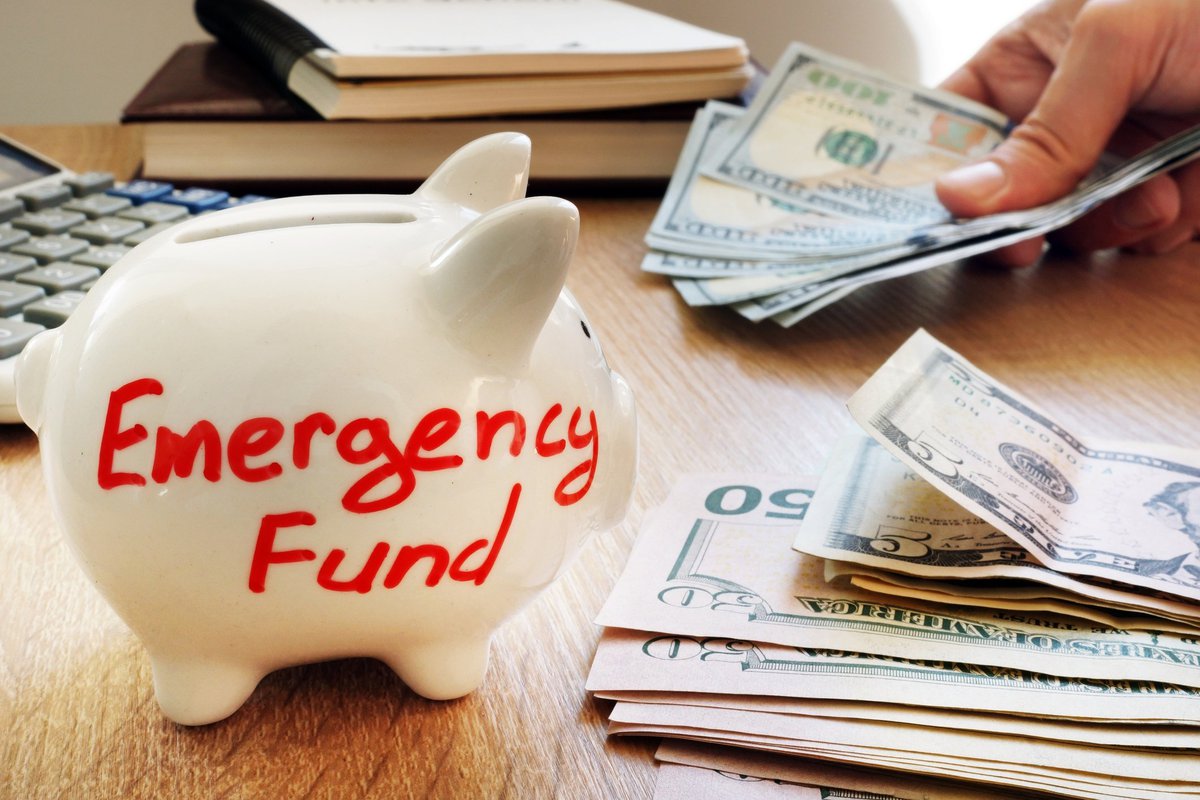 Don't get so focused on debt payoff that you forget this important step.

When you're trying hard to pay off your debt, you probably want to devote every spare dollar to reducing your loan balance. After all, if you have extra money, sending it to your creditors will allow your balance to decline more quickly. This will save you money on interest and hasten the day when you finally become debt free.

But before you drain your bank accounts by sending extra payments to your creditors, there's another financial step to check off your to-do list. You need to make sure you have an emergency fund. In fact, this should be your first priority, beyond making minimum payments on your bills.

Why you absolutely need an emergency fund when paying off debt

Socking money away in a high-yield savings account to sit around in case of emergencies may seem silly. After all, that money will be stuck in an account earning a small amount of interest while you continue paying your creditors at a much higher interest rate.

The problem, however, is that if you don't have an emergency fund when you're working on debt paydown, you could find yourself facing surprise expenses that you can't cover. If you're living paycheck to paycheck with all your extra money going toward debt, you'll be in dire straits if you face an unexpected medical bill, a car repair, or another surprise cost.

In that situation, the most likely result is that you'll end up having to borrow again, reducing the progress you've made on paying off your debt. This could kill your morale and motivation, which could make it much harder to repay what you owe over the long term. You could also end up trapped in a cycle where you pay off some of what you owe, charge up your credit cards again, and repeat this process over and over without ever becoming free of your debt.

As bad as this sounds, things could even be worse. There are some emergencies that you can't necessarily tackle by borrowing. If you lose your job, you probably won't be able to easily borrow money to cover bills because lenders often won't loan to those with job instability or no income.

You don't want to be left unable to borrow and struggling to come up with cash you desperately need -- or forced to take on more debt that will undo your progress. To make sure that doesn't happen to you, prioritize building up at least a small emergency fund before you send a lot of extra money to creditors.

How much should you put in an emergency fund before focusing on debt payoff?

Although the ultimate goal should be to have three to six months of living expenses saved up, you don't necessarily need to have that much in savings before you start paying extra on debt.

Instead, it's a good idea to save around $1,000 to $2,000. Be very aggressive about doing this, cutting your expenses as much as possible in the short term until you have this money saved. Then you can start focusing on paying down creditors while knowing you're prepared for most emergencies.

You can build up a bigger emergency fund over time after you've tackled your debts, but at least you won't be in a position where you end up borrowing again any time there's a small bump in the road.