Is This New Technology the Biggest Threat to Crypto? 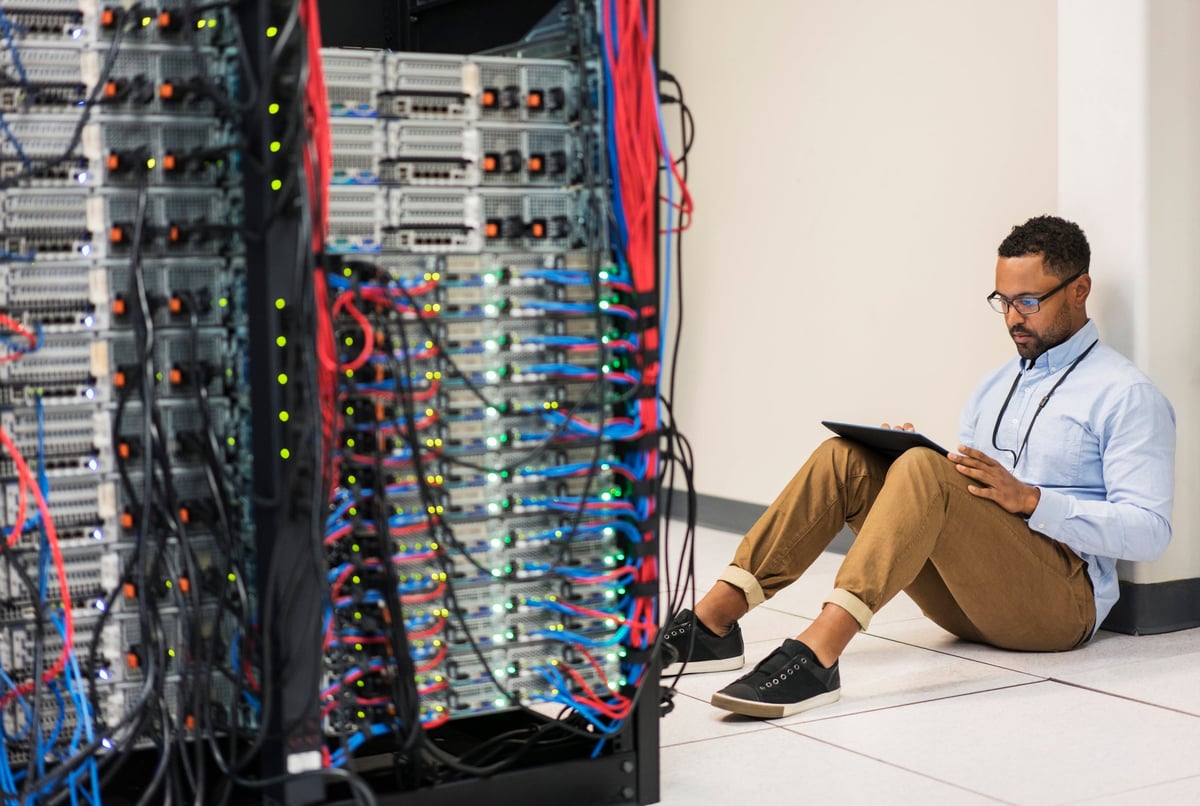 Quantum clouds are gathering on the horizon for the crypto industry.

There's a technological race going on: blockchain vs. quantum computing. Theoretically, major leaps in quantum computing could undermine the whole cryptocurrency industry -- just as that nascent blockchain technology is entering the mainstream. But crypto experts are already working on new coding that's quantum-proof.

Blockchain is the technology behind Bitcoin (BTC) and other cryptocurrencies. It works by breaking data into blocks secured by clever cryptography. That cryptography is what makes it possible to cut the middlemen -- banks and governments -- out of financial transactions. It's also what quantum computing might unravel.

If you thought it was difficult to get your head around blockchain technology, quantum computing is a whole other story. It would be easy to say it could revolutionize everything because, well, it's quantum. But that's not totally true.

Quantum computing will be able to address certain issues really well -- as in millions of times faster than current computers. And the challenge for crypto is that quantum computers will eventually be really good at cracking cryptographic keys.

It isn't there yet. But it's estimated that in the next 10 years, quantum computers will be able to process data fast enough to solve the algorithms that keep cryptocurrency safe. Here are two of the big concerns:

It should be said that it's not only cryptocurrency that could be affected by developments in quantum computing. It could impact all kinds of data protected by digital signatures -- from government encryption to banks and your personal emails.

What does this mean for crypto investors?

The good news is that this is a known problem. And it won't happen overnight -- quantum computers won't suddenly make the leap to cracking crypto. According to computing experts, we'll know well before it actually happens.

More importantly, as quantum computing is evolving, so is blockchain technology. Some developers are already looking at forms of post-quantum cryptography. This is enhanced encryption that can't be cracked by quantum computers, and specialists are pretty confident they'll succeed.

That said, one of the big selling points for blockchain is the almost impenetrable security it offers. The possibility of breaking that security is at best unsettling, and crypto investors should pay attention to quantum developments.

Individual cryptocurrencies may need to upgrade to post-quantum cryptographic solutions. It will be worth watching which digital currency projects stay ahead of that curve.

We'll also almost certainly reach a time when cryptocurrency investors will need to transfer their funds to more-secure wallets. And since data firm Chainalysis estimates that 20% of Bitcoin is currently lost or stuck in wallets people can't access, there's a chance these coins (which can't be moved) will be more vulnerable to attack.

If you keep your assets with a cryptocurrency exchange, it will likely help to manage the transition. But if you keep your crypto assets in a decentralized wallet, you may need to be more proactive.

The specter of quantum computing

We often talk about regulation as the biggest threat to crypto, but other technologies are a danger, too. Just as Bitcoin didn't exist 12 years ago, so other technologies could evolve that make blockchain obsolete. Or -- like quantum computing -- take the cryptography out of cryptocurrency.

Existing cryptocurrency projects already have plenty of problems to address, from scalability to sustainability. But, given the scale of the threat, the industry also needs to work now to ensure quantum computing won't undermine the very security that is its foundation.