A Housing Market Crash Is Coming. Here's How to Prepare 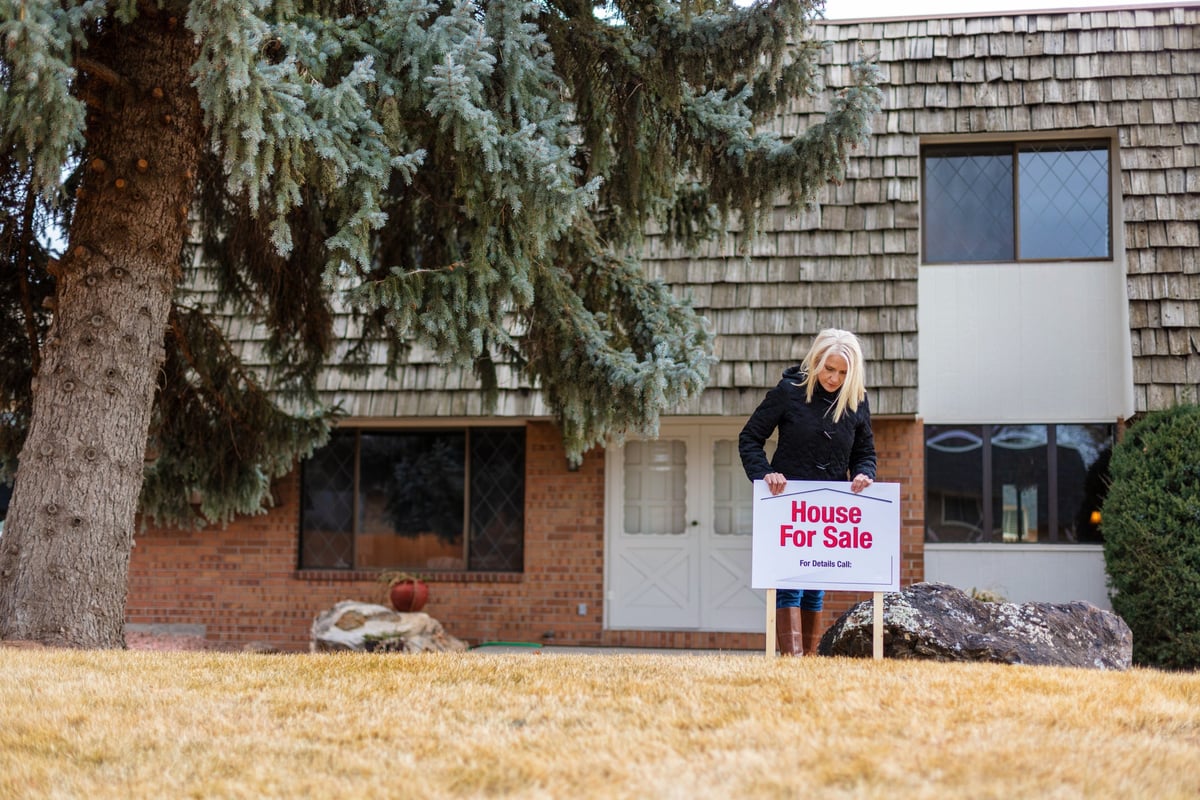 History repeats itself. Here's how to get ready.

How do we know that the meteoric rise in U.S. housing prices can't be sustained? Common sense and history. Common sense tells us that something will give. It may be that as more people sell their homes and inventory opens up, supply will keep pace with demand, driving down prices. Or it might be that prices will hit a tipping point, and home buyers anxious to save money by snagging a low rate will lose interest when sky-high prices eat up any possible savings.

That said, if anyone tells you they can accurately predict when the housing market will crash, check to see what they're selling. Attempting to figure out when the housing landscape will flatten is a guessing game, with so many moving pieces that it changes daily. However, here's what we can tell you with confidence.

The near future looks clear

Again, nothing in real estate is guaranteed, but the Federal Reserve plans to keep the prime rate -- the rate at which banks loan money to one another -- low through 2022. When the prime rate is low, consumer interest rates remain low. That alone should be enough to keep home buyers interested. Add to that a U.S. economy predicted to grow by 6.8% in 2021 according to Fannie Mae's Economic and Strategic Research Group forecast, and you continue to have a robust market for the near future.

There's also the issue of inventory. Due to material and labor shortages, builders are nowhere near pre-pandemic building levels. As long as there is little inventory, the homes for sale will likely continue to sell for higher-than-expected prices.

But where do those prices stop? Real estate investors have no interest in paying top dollar for properties they plan to turn for a profit. And there are only so many home buyers with enough cash to pay the difference between the asking price and how much the mortgage lender is willing to lend. Eventually, all-cash buyers will be settled, and the people left looking for homes will need a stabilized market to become homeowners.

In other words, there is nothing on the immediate horizon to indicate that housing prices will drop right away. In fact, Zillow Economic Research predicts that home values will end 2021 up 10.5% from current levels.

The evidence is this: History repeats itself

No matter how rosy things look for home sellers today, a quick peek into history reminds us that what goes up must come down. The trick is remembering why each crash happened -- and identifying similarities in our current market.

The 19th-century housing market had several upswings, followed by crashes of different intensities. The Panic of 1837 crash is attributed to speculative lending practices, unsustainably high land prices, and an economic downturn. That was a big crash.

Following the Panic of 1837 (and relative recovery), there were more dramatic ups and downs in the market. Just when it appeared housing prices would never stop rising, something would happen to shake up the economy, and house values would drop. The 1873 stock market crisis is a perfect example. Things were buzzing along, homeowners were sure their homes would make them wealthy, and the bottom fell out when the stock market took a dive.

After a decade of soaring home prices, values plummeted when the stock market crashed in 1929. Suddenly, families who were property rich had next to nothing. The crash also ushered in the Great Depression, which further decimated property values. It was not until 1960 that prices nationwide recovered.

In the early 2000s, just about anyone with a pulse was approved for a mortgage, and housing prices quickly climbed. By 2006, home buyers who'd taken out adjustable-rate mortgages saw their payments go up -- some by 60%. In 2007, the market slowed to a crawl and then completely crashed as hundreds of thousands of homes went into foreclosure and lenders declared bankruptcy.

And these are just a few examples of housing prices climbing to historic levels, only to crash back to more realistic values.

Most experts say that there's little chance that the U.S. will experience a collapse of the same magnitude as the 2008 crash. There are many reasons for this, including legislative changes regarding lending practices.

What we refer to as "crashes" are sometimes truly that. But more often, they represent a cooling of the market and a pushback on home prices. History shows that the housing market peaks about every 18 years, followed by a crash (small or large). This cycle is normal and to be expected. When this happens, real estate investors pick up the best deals, and first-time buyers have the opportunity to become homeowners.

Five ways to protect yourself

If you're looking to jump into the housing market in the near future, make sure to keep this advice in mind.

1. Don't get caught up in the buying frenzy

If you pay much more than a home is worth, you will likely be underwater when the market rights itself.

2. Don't buy more than you can afford

Simply put, if you'd have to watch every dime to make a mortgage payment, you're better off looking at less expensive properties.

3. Make the largest down payment you can afford

The bigger your down payment, the greater your home equity. (Equity is the difference between what you owe on your mortgage and your home's value -- or how much of your home you own outright). That equity is sometimes all that stands between a homeowner and foreclosure when things get tough.

The rule of thumb is to put enough away to cover three to six months of expenses to be prepared for emergencies. Depending on your comfort level, you may want to shoot for a bigger emergency fund.

If you currently own a home, decide if now is the right time to move. If you can wait, there's no reason not to take advantage of current low rates by refinancing your existing mortgage.

Home values are indicative of many things, including the economy as a whole, geopolitical activities, and, as we've learned, a worldwide pandemic. As long as you know that the market can't go up in value forever, you can plan for the day it crashes -- even if that crash is more of a soft landing.

Dana George has no position in any of the stocks mentioned. The Motley Fool owns shares of and recommends Zillow Group (A shares) and Zillow Group (C shares). The Motley Fool has a disclosure policy.
Many or all of the products here are from our partners that pay us a commission. It’s how we make money. But our editorial integrity ensures our experts’ opinions aren’t influenced by compensation. Terms may apply to offers listed on this page.