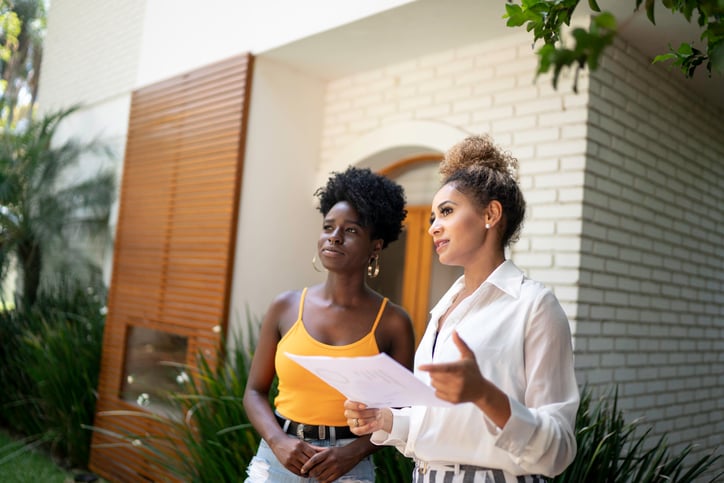 Lending discrimination has long been an issue. Here's how online lenders are helping.

For many years, discriminatory lending practices have made it difficult for Black mortgage applicants to venture into homeownership. Beginning in the 1930s, lenders openly discriminated against people of color, and actions like redlining (tagging certain neighborhoods as predominantly Black and then refusing to issue mortgages to borrowers in those neighborhoods) were never sanctioned.

The problem has been so rampant that as part of his campaign pledge, Joe Biden promised to take steps to hold financial institutions accountable for discriminatory practices when it came to mortgage lending.

According to data from the U.S. Census Bureau, nearly 74% of white households own their own homes. By comparison, only 45% of Black households are property owners. This disparity helps explain why Black families only have about one-eighth of the net wealth of white families (since owning a home is a good way to increase a household's net worth).

But one trend in the mortgage industry may, surprisingly, be helping address the long-standing problem of lending discrimination.

Online lenders are equalizing the market

As has been the case across many industries, the mortgage lending industry has increasingly been moving online in recent years. Just as there are banks that do not have brick-and-mortar locations, so too are there mortgage lenders that work solely online.

Online lending is a convenient way to transact. But it also may be helping close the homeownership gap between white and Black households. It's often been said that Black borrowers, even when approved for a home loan, are frequently given less favorable mortgage rates than white borrowers. The same holds true for Hispanic borrowers. But a recent analysis found that among online lenders, Black, Hispanic, and white borrowers receive virtually identical borrowing terms once approved to take out a home loan.

Just as significantly, online mortgage lenders are bringing more borrowing options and more competition into the fold. That, in turn, is giving Black borrowers more opportunity to get approved for a mortgage.

There's work to be done

Research from Zillow indicates that home values have increased at a more rapid rate for Black households since 2014, and that since then, homeownership rates have also grown faster for Black and Hispanic households. That's obviously good news, and the increasing availability of online mortgages may have contributed to the latter point. But that doesn't mean the problem of lending discrimination is solved.

As President Biden moves forward with his housing plans, we can hope that more steps will be taken to make lending practices more equitable on a whole. Owning a home can pave the way to more financial stability. Homes are the one asset that tend to appreciate in value over time, and their equity (the portion that owners own outright) can be tapped for added financial flexibility. And all prospective buyers should get an equal shot at the opportunity to finance one.

Maurie Backman has no position in any of the stocks mentioned. The Motley Fool owns shares of and recommends Zillow Group (A shares) and Zillow Group (C shares). The Motley Fool has a disclosure policy.
Many or all of the products here are from our partners that pay us a commission. It’s how we make money. But our editorial integrity ensures our experts’ opinions aren’t influenced by compensation. Terms may apply to offers listed on this page.