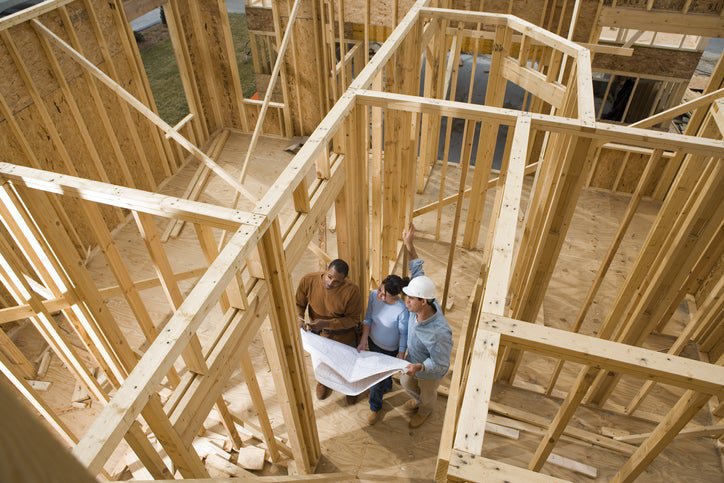 I learned the hard way that when it comes to new construction, your property taxes could be higher than expected.

When my husband and I were looking to upsize our old home a little over 10 years ago, we struggled to find a new one that would meet our needs. A lot of the homes in our neighborhood that were larger and offered the square footage we wanted were also very outdated, and we didn't want to deal with extensive home renovations.

It was for this and other reasons that we decided to buy a new construction home. The upside of going this route was that we got to customize our home as it was being built. And there was something nice about knowing we'd be getting a brand-new home that had never been lived in.

But about a year after living in our home, we got a very unpleasant surprise when the property tax arrived. Had it not been for our emergency fund, our tax bill would've thrown us for a huge financial loop.

When you own a home, it's not just your mortgage you pay every month. There are other costs you'll need to grapple with, like maintenance, homeowners insurance, and property taxes.

When my husband and I signed the contract to buy our home, we were given an estimate as to what our property tax bill would be. Sure enough, once we closed on that home and our township charged us those taxes, our bill mostly matched that estimate.

Our property tax bill stayed the same for our first year in our home, but when our second year rolled around, our taxes climbed by about $2,000. That was a pretty big shock. When we called our tax assessor, he explained that since our home was brand new, it was difficult to assess it properly until construction was completed. Also, since our home was only one of a handful of newly built properties in the area, the tax assessor needed more data before landing on a tax bill he felt was equitable.

We were disappointed to get slapped with a higher tax bill, but we took it in stride. But then, a few months later, we got another shock -- we learned that our township was asking for another $2,000 in back taxes since our home wasn't charged a high enough tab to begin with. In other words, our assessor claimed that the tax bill we paid our first year was $2,000 lower than it should've been -- and that our town had the right to come after us for that money, even though we had paid the amount that was asked of us.

Initially, my husband and I thought about retaining a lawyer because the situation seemed so ridiculous. After all, how could our town demand more money retroactively? But we realized the cost of hiring an attorney would effectively equate to the extra money we were being asked to pay, and it just wasn't worth it.

We also tried appealing to our tax assessor. We explained that had we known we'd be on the hook for $2,000 more, we would've made different financial decisions the previous year to free up that money. We lost that argument, too.

After all was said and done, we had to dip into our savings to come up with that extra $2,000, which, to put it lightly, was a bummer.

There are many benefits to buying new construction, but there are also certain drawbacks you might face -- delays in the building process, higher material costs that get passed on to you, and property tax curveballs. To this day, we still don't really understand how our township was legally allowed to charge us one tax bill, change its mind, and demand the difference after the fact. But given the amount of money involved, we felt it made more sense to just pay the bill rather than engage in a legal battle. And thankfully, we had a strong emergency fund to fall back on that let us make the $2,000 payment and just move on.

Now, this isn't to say that what happened to us will happen to most people who buy a brand-new home. But if you're looking at new construction, put the possibility on your radar and pad your savings in case it happens. You just never know.