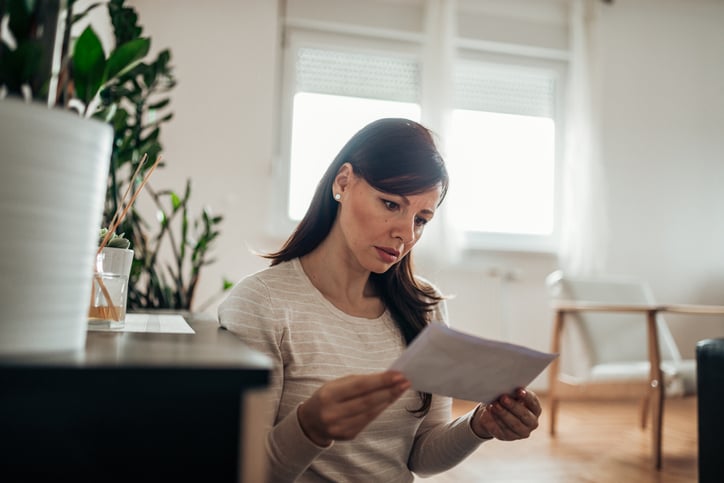 I always thought owning my own home would give me financial peace of mind. Here's why it doesn't.

I bought my first home jointly with my husband a little over 10 years ago, and at the time, I was convinced it was the right call. In fact, I still think that based on our circumstances, owning a home makes more sense than renting.

But one thing that's disappointed me through the years is that I always expected homeownership to provide me with a sense of financial security. Instead, it's actually had the opposite effect.

As a homeowner, I do recognize and appreciate that the money I spend each month paying my mortgage is helping me eventually own a valuable asset. When you pay rent, you can spend years sending checks to a landlord and never have anything to show for it.

But my main problem with homeownership is that to a degree, you never really own your home. Sure, you might shed your mortgage in your lifetime, but there's another nagging expense called property taxes that you're perpetually on the hook for as long as you own that property.

Where I live, property taxes are expensive -- so much so that I spend more each month in taxes than I do on the mortgage payment itself. And property taxes also have a tendency to rise over time, especially as home values appreciate.

Now for the record, I don't intend to own my current home in retirement, and I'm not sure I'll own any home at that stage of life. But many people work hard to pay off their mortgages in time for retirement so they can then have fewer expenses during their senior years. The problem, though, is that if you live somewhere with high property taxes, you'll still spend a lot on housing even if your home is paid off.

The other issue I have with homeownership is that repair costs can creep up on you when you least expect them to. My husband and I bought a newly built home a little over a decade ago, and we've maintained our home as we should. In spite of that, we've still faced our fair share of costly home repairs, some of which have amounted to many thousands of dollars out of the blue.

Thankfully, we make a point to have a robust emergency fund for situations like that. But because home repairs can pop up out of nowhere, being a homeowner doesn't give me much peace of mind. If anything, it creates the opposite scenario. I'm frequently stressed about potential home expenses to the point where I sometimes deprive myself of luxuries so I can instead boost our cash reserves in case something else breaks.

Be realistic about homeownership

At this point, you may be thinking "Why doesn't this woman just rent a home if she feels this way about owning one?" And in reality, I'd like to. I actually think renting would give me more peace of mind than owning a home because that way, I'd know my costs are fixed, at least throughout the terms of any given lease I'd sign.

The problem, however, is that you can't rent a larger home in my neck of the woods -- they just aren't available. I could rent a smaller home, but that doesn't work for my family. And also, since I have children, I do need the stability of being able to stay in the same school district. If I were to rent, a landlord could decide not to renew my lease, and that would mean not only having to move, but having to uproot my kids academically.

As such, I choose to own a home even though there are financial aspects that make me uncomfortable. I also want to be clear that there are many benefits to owning a home, including a host of tax breaks that aren't available to renters.

But at the end of the day, owning a home doesn't help me feel as financially secure as I'd like. And the aforementioned pitfalls are something every prospective buyer should keep in mind before taking that leap.